Honda's capable middleweight gets subtle tweaks, all set to woo the market once again. 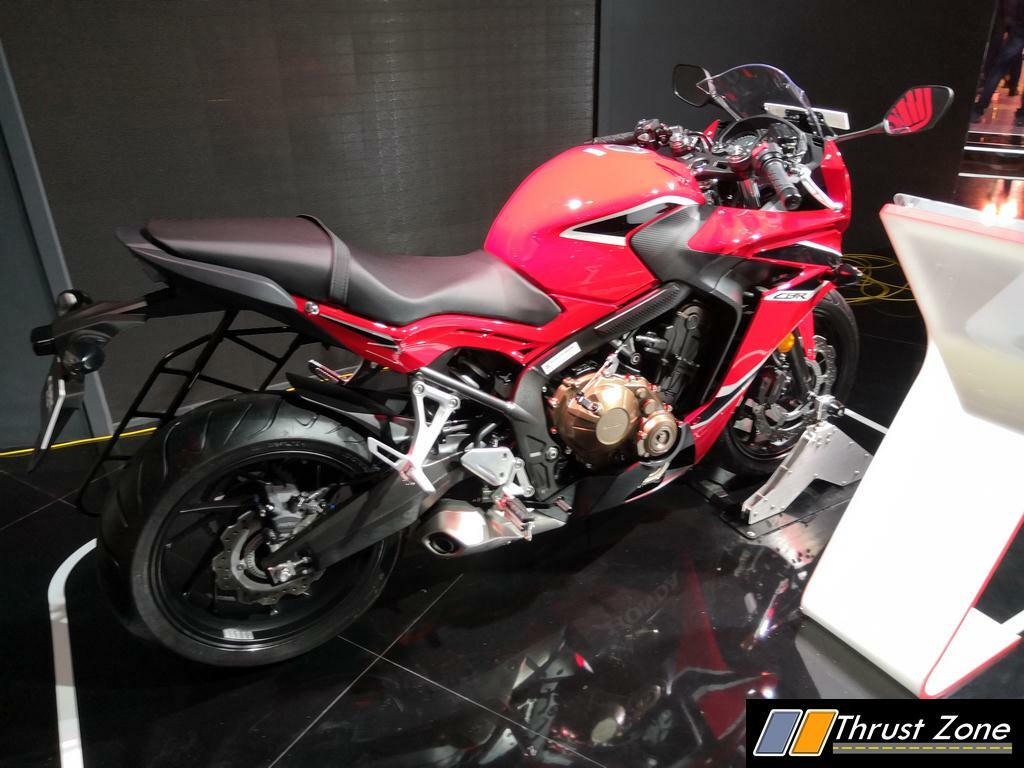 Honda Motorcycles India (HMSI) is on a roll. Their last year was interesting with big launches like the Africa Twin, Honda Grazia, Cliq and amongst a few others. Honda wants to start this year with a bang and what better place to start with than the 2018 Auto Expo.

Honda had their trusted CBR 650F in the market for quite some time now. Primarily aimed to rival Kawasaki’s Z800, the motorcycle was practical and fun. It did however miss on some of the good bits. Starting from its looks, the bike was conservative in design especially when compared the edgy looking Z800. The mellow exhaust note and the absence of features meant that the CBR was a bit too sensible and missed out on drama.

Honda has corrected its mistake by refreshing the 650F. The new bike looks much more stylish and sure will appeal to more people. For 2017 the update features a full LED headlamp for better illumination. The fairing is now different and displays more of the frame for a leaner look. The forks at the front have been revised to make them sportier. An exciting feature is the new airbox which now is of dual-pass structure; this will bestow the bike with a louder and more exciting exhaust note. Power has gone up to 89 hps and now the bike features new Nissin calliper brakes at the front. The bike also gets revised final drive with the shorter second to fifth gears. On the ergonomic front, the handlebar is now 13mm lower, which puts the rider in a slightly more committed stance. The 2018 CBR 650F is available in two new paint schemes, Millenium Red and Matte Gunpowder Black Metallic.

The new model is displayed at the 2018 Auto Expo in Greater Noida and is available at an unchanged price tag of INR 7.3 lacs ex-showroom Delhi. The new bike will face stiff competition from other brands like Ducati, Triumph, Kawasaki and Benelli.