Kia plans to take on the compact SUV segment with their new SP concept. 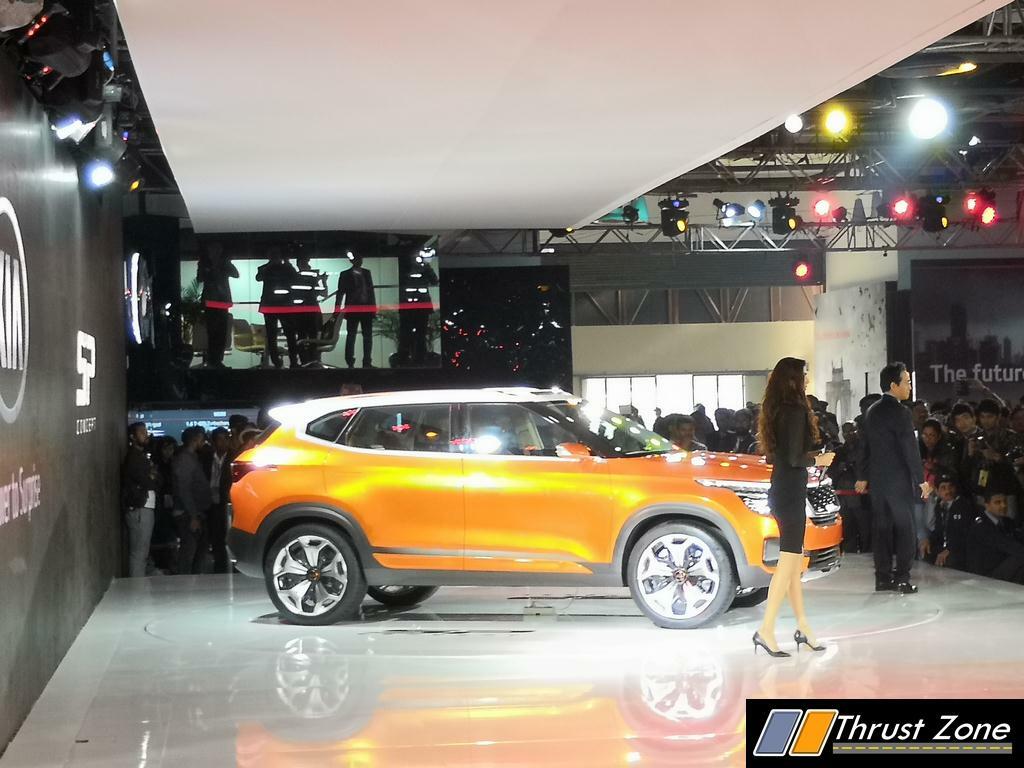 Kia is finally coming to India. The South Korean manufacturer is a subsidiary of Hyundai Motors and will be starting its operations in India from 2019 onwards. Kia is hoping that with the brand image and service support of Hyundai India, they will soon be an emerging brand. 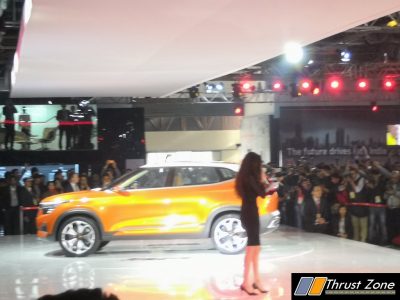 For the onset, the brand is entering in the hotly discussed compact SUV segment in India. For 2018 Auto Expo, Kia has unveiled their concept car – the SP. The Kia SP is aimed at the popular compact SUV’s like the Renault Duster, Maruti Suzuki Vitara Brezza, Tata Nexon, Nissan Terrano and its sibling, the Hyundai Creta.
Kia’s SP is mainly based on the Creta and they both share the same platform. Visually though, they are very different. The styling on the SP is typical Kia with wide front grille that is found on most Kias. The concept features swooped back LED headlights and has a faux brushed aluminium slat stacked right below the grille. The front bumper has faux air intakes and a skid plate which give the concept an imposing stance. The overall side profile does look reminiscent to the Creta and the car also has lines and creases which remind us of the latter. At the rear the car gets wide tail-lights which merge onto the sides. The silver cladding on the rear bumper and the faux exhaust vents under the tail-lights make the SP in-line with its overseas sibling, the Sportage. 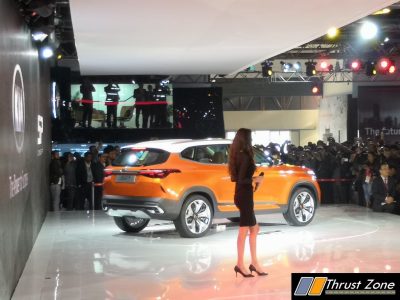 The SP’s production version will be launching in the later part of 2019 and the SUV will come in both petrol and diesel versions. The car will come mated to a manual as well as an automatic gearbox which will be shared with the Creta. To keep the costs low, the car will be offered only in a front wheel drive configuration. As per the reports, the SP will be positioned just below the Creta so we can expect a price tag just a shade under the Creta’s. To woo the Indian audience, Kia will equip the car with all sorts of party tricks like advanced infotainment system with smartphone connectivity, ABS and airbags and features that will put it on par with its rivals. 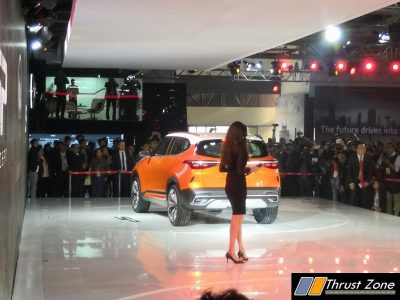 To see the SP, you can visit Kia’s stand at the 2018 Auto Expo and to know all the updates and drama on the event you simply stay tuned to us.