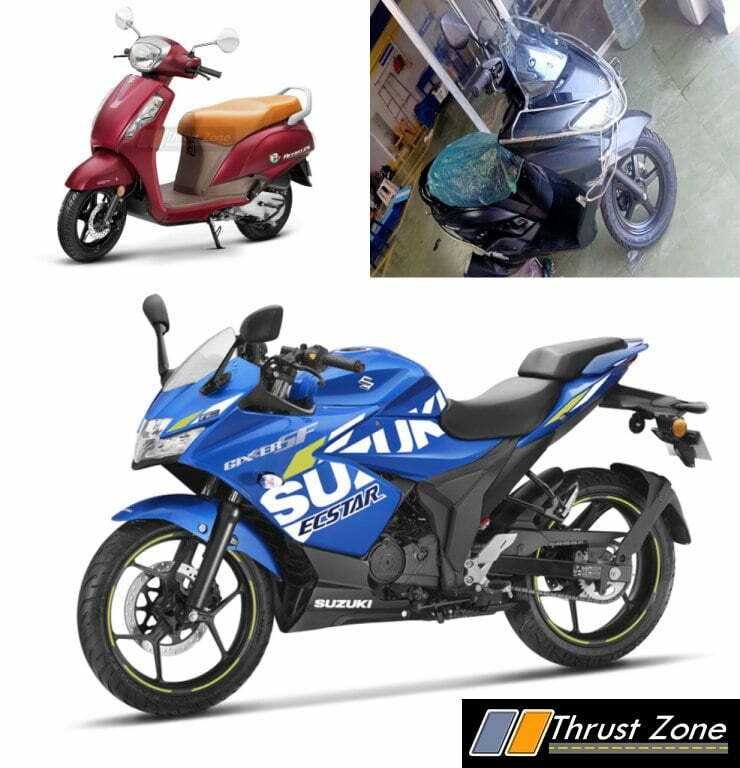 Two-wheeler space in the Indian automobile market is experiencing a downtrend, just like the passenger vehicle (PV) segment. Despite these negative sentiments, Suzuki seems to be on a launch spree as the Japanese bike maker has launched a slew of new propositions in the market, albeit quietly. Take, for instance, the 2019 Burgman and Access 125 which is now available with a matte-black finish.

The scooter was initially launched in July 2018 and now exactly one year after its launch; it has added a new color scheme in its range. Apart from this color addition, there hasn’t been any other cosmetic or technical change that Suzuki has incorporated in Burgman Street. In addition to the newly launched Metallic Matte Black colour, Suzuki Burgman Street is also available in existing three colour schemes – Metallic Mat Fibroin Gray, Glass Sparkle Black, and Pearl Mirage White; and is priced at INR 69,208 (ex-showroom Delhi).

Suzuki has also launched a special edition of its popular Access 125 at Rs 61,788 (ex-showroom, Delhi). This special edition costs Rs 1,600 more than the standard top-spec Access and features a new Matte Bordeaux color, new special-edition badge, leatherette seat, a mobile charging socket, and black alloy wheels. It continues to come powered by a 124 cc, single-cylinder engine which puts out 8.2bhp and 10.2Nm of max power and max torque respectively. Thanks to the low curb-weight of the scooter (101 kg), the Access continues to remain a very spirited performer.

The third launch from the house of Suzuki is the MotoGP edition of Gixxer SF which is priced at Rs 1.11 lakh (ex-showroom, Delhi). The bike is launched in the racy blue color scheme which is inspired by the GSX-RR, Suzuki’s well-know MotoGP bike. Other distinguishing features include fluorescent tape on rims and Ecstar decals. In terms of engine, the bike derives power from the 154.9 cc, air-cooled, single-cylinder engine which makes 14.1bhp and 14Nm, a slightly less output compared to the previous generation model. All other cosmetic and mechanical elements continue to remain unchanged on this MotoGP edition.