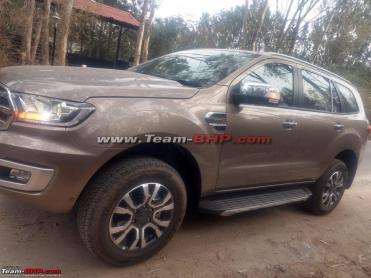 American carmaker Ford is expected to launch facelift Endeavour in India on the coming February 22, 2019. Something we told you exclusively Here

Now days ahead of its launch, the SUV was spotted undisguised, giving away the complete picture of what the facelift version has on offer for the prospective buyers. The spy images revealed a new chrome grille and projector headlamps with LED DRLs on 2019 Endeavour. The front bumper of SUV houses a scuff plate, fog lamps, and gets a silver insert to up the styling quotient.

In profile, new Endeavour gets dual-tone alloys, chrome outside rear view mirrors (ORVMs) with integrated blinkers, chrome door handles, and side steps. Ford has blacked out B and C-pillars while the feature of silver roof rails has been carried over. At the back, new Endeavour features wraparound tail lamps, rear fog lamps, rear washer, and a roof spoiler. 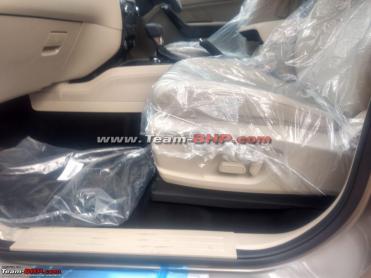 Inside the cabin, 2019 Endeavour will come with a dual-tone dashboard and a central touch screen infotainment system. Front passenger seat, as revealed by the spy images, could possibly feature 8-way power adjustable settings. We expect Ford to improve on the quality of interiors as the currently selling Endeavour has got some hard-touch plastics, although not aplenty. 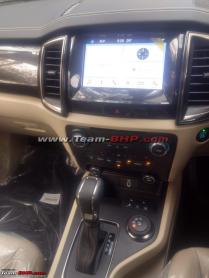 Under the hood, new Endeavour is likely to have a 3.2-liter turbocharged diesel engine with many news reports suggesting the possibly foray of 2.0-liter diesel for lower-spec versions of the SUV. The 3.2-liter engine in currently selling Endeavour makes [email protected],000 rpm and a colossal [email protected],750-2,500 rpm of max power and max torque respectively. The engine is coupled with a 6-speed automatic transmission. The speculations are also rife that Ford will offer the option of a manual transmission in the 4X4 version on the new model. In terms of competition, 2019 Ford Endeavour will take Toyota Fortuner, Skoda Kodiaq, Honda CR-V and Mahindra Alturas G4.