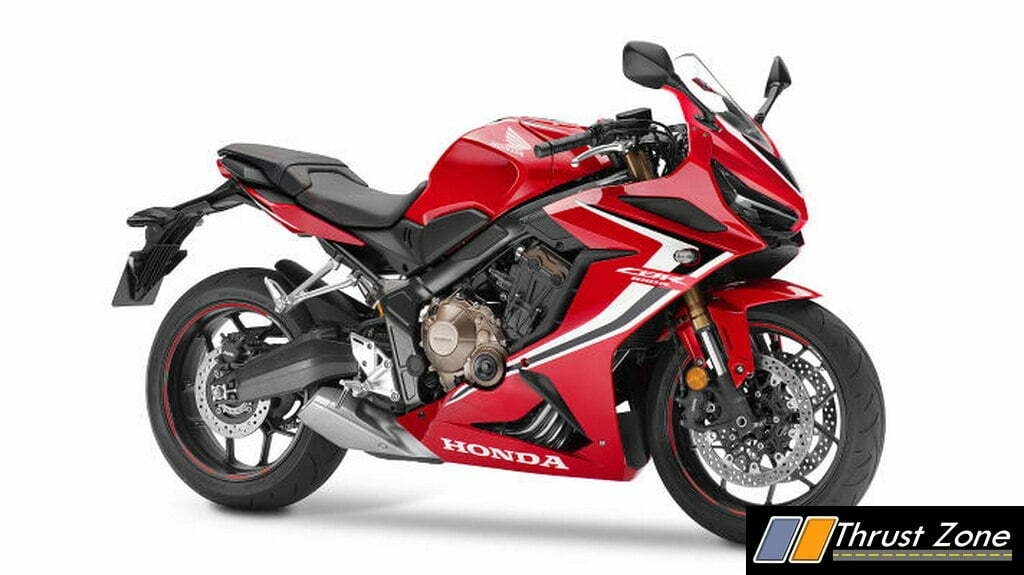 Honda today reveals its full 2019 European motorcycle line-up at the EICMA show in Milan, with the introduction of two new model names and three extensively upgraded models, which bring new energy to the middleweight area of Honda’s uniquely broad and deep product line-up.

2019 CBR650R
Another new model name on the Honda line-up is the CBR650R sports middleweight. It features new styling which draws strongly on the CBR1000RR Fireblade for its sharp, aggressive lines and extended side fairings, plus super-short rear section and narrow dual LED headlights. The CBR650R is 6kg lighter than the CBR650F (which it replaces) with a sportier riding position thanks to handlebars repositioned 30mm forward, and footpegs moved both rearward and higher. Its classically-Honda in-line four-cylinder engine revs 1,000rpm higher, producing 5% more top end power with peak output of 95 PS arriving at 12,000rpm ensuring that – along with the sculpted looks and honed chassis – the new machine’s new ‘R’ designation is well deserved. 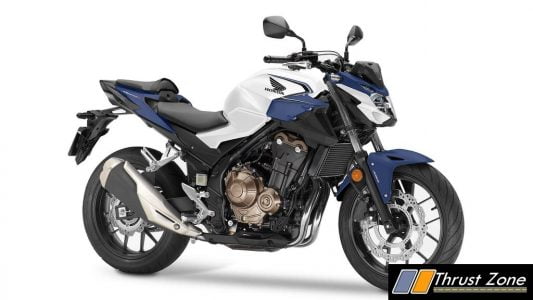 CB500F, CBR500R and CB500X:
Honda’s lively parallel twin 500cc engine has been sold in over 75,000 motorcycles in Europe since its arrival in 2013. Having first arrived in the A2 licence-friendly CB500F, CBR500R and CB500X, for 2019 the engine has stronger power and torque between three and seven thousand rpm, and powers the light middleweight trio in upgraded packages with higher specifications and stronger roadster, sport and adventure identities. All three models now have new rear suspension, assist/slipper clutch, full LED lighting, modernised LCD instruments with gear position and shift-up indication, and new dual-exit muffler for a richer engine note.

The CB500F roadster has sharper new styling from front to back, with more angled nose fairing and side shrouds that interlock cleanly with the fuel tank. The CBR500R is also re-styled: it’s narrower and sharper with strong Fireblade styling inspiration and a sportier riding position. The CB500X compact adventurer, meanwhile, has a much stronger ‘X factor’ thanks to a new 19” front wheel, longer suspension travel front and rear, slimmer seat, wider steering angle and tougher, more rugged fairing which also improves wind protection. The 500cc and 650cc engine platforms constitute 35% of Honda’s large motorcycle sales in Europe. These five new products for 2019 offer a well-rounded balance of exciting middleweight performance for riders of all experience levels, while providing potential stepping stones to Honda’s flagship roadster, adventure and sports models. 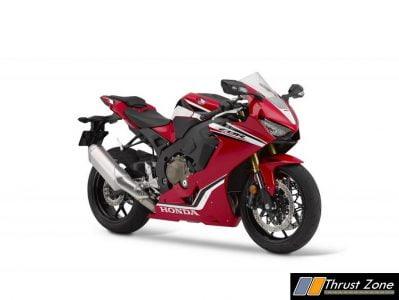 After a full model change in 2017, the Fireblade’s ‘Next Stage Total Control’ is enhanced for 2019, with changes to its electronics package aimed at optimal circuit performance. Thus, HSTC and ABS have been modified, and the top Power setting boosted based on input from the HRC MotoGP programme. Honda Selectable Torque Control and Wheelie Control functions are now separated, with a new ‘W’ indicator on the instrument panel. The Grand Prix Red colour has a thicker white stripe for a slightly more ‘tricolore’ effect, while the Matt Ballistic Black Metallic version is now totally black, save for its red CBR logo.

Having been an instant hit on its arrival in 2017 and upgraded in 2018 with multi-level Honda Selectable Torque Control and a ‘G’ switch for more off-road friendly gear changes from its Dual Clutch Transmission, for 2019 Honda’s ‘motorcycle SUV’ will now come in new colours including a striking ‘camouflage’ green.

Synonymous with long range comfort, luxury and quality for over 40 years, the Gold Wing was redesigned from the wheels up for 2018 to be sharper, lighter and more compact, while maintaining its reputation as a technological flagship with numerous new features including the first adoption of Apple CarPlay on a motorcycle. 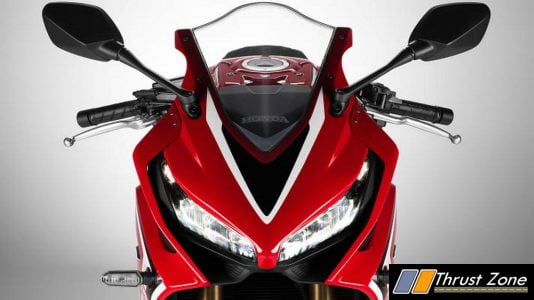