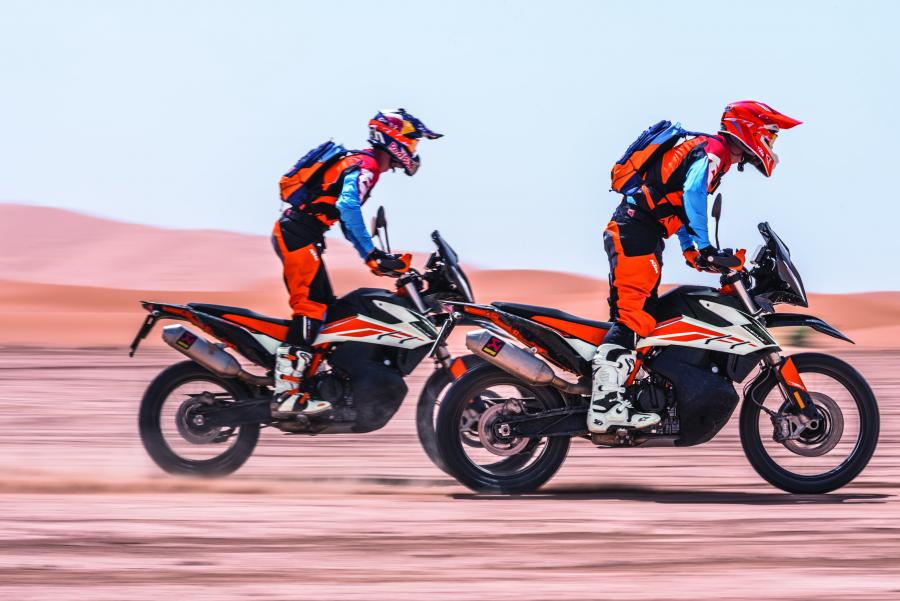 At the ongoing 2018 EICMA Motor Show, KTM has unveiled the final details of the Adventure 790. KTM has being showcasing the prototype model of the Adventure 790 for a few years. On the other hand recently, test mules of this adventure bike has been spied many times and now we finally get to see the production spec model.

Aesthetically, the Adventure 790 looks like a dedicated off-road machine with adventure touring capabilities. KTM will be providing this adventure bike in two versions- Adventure (Base model) and Adventure R. The more exotic Adventure R model will be loaded with a longer travel suspension, unique (aesthetics) bodywork and Karoo 3 dirt tyres in comparison with the base Adventure version.

If we further compare both the versions, there are many similarities such as the 21 inch front wheel, similar braking system, fuel tank which can hold 20 litres of fuel and similarly tuned engine. As we mentioned above, the Adventure R gets a longer travel suspension system at the front, even the rear monoshock is different. 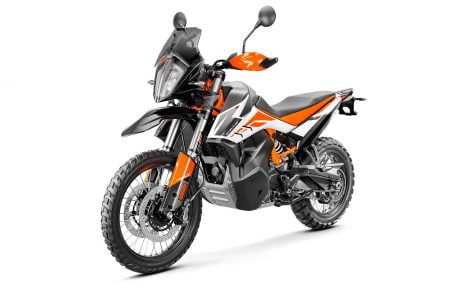 Apart from the mechanical part, the 790 Adventure gets a close fitting mudguard at the front, whereas the 790 Adventure R version gets a big beaky mudguard. In terms of electronics, KTM has equipped this adventure bike with a large TFT screen, integrated smartphone compatibility, cruise control (optional), cornering ABS and multi-adjustable traction control.

Powering the KTM Adventure 790 is the similar mill that powers the KTM Duke 790. The powerhouse is a 799cc liquid-cooled parallel-twin motor that is capable of churning out 95 bhp of power at 8000 rpm.

KTM will be first launching the Duke 790 in the Indian market, following it we could see the launch of the 790 Adventure. Till then stay tuned to ThrustZone for the latest news and trends in the automotive industry.