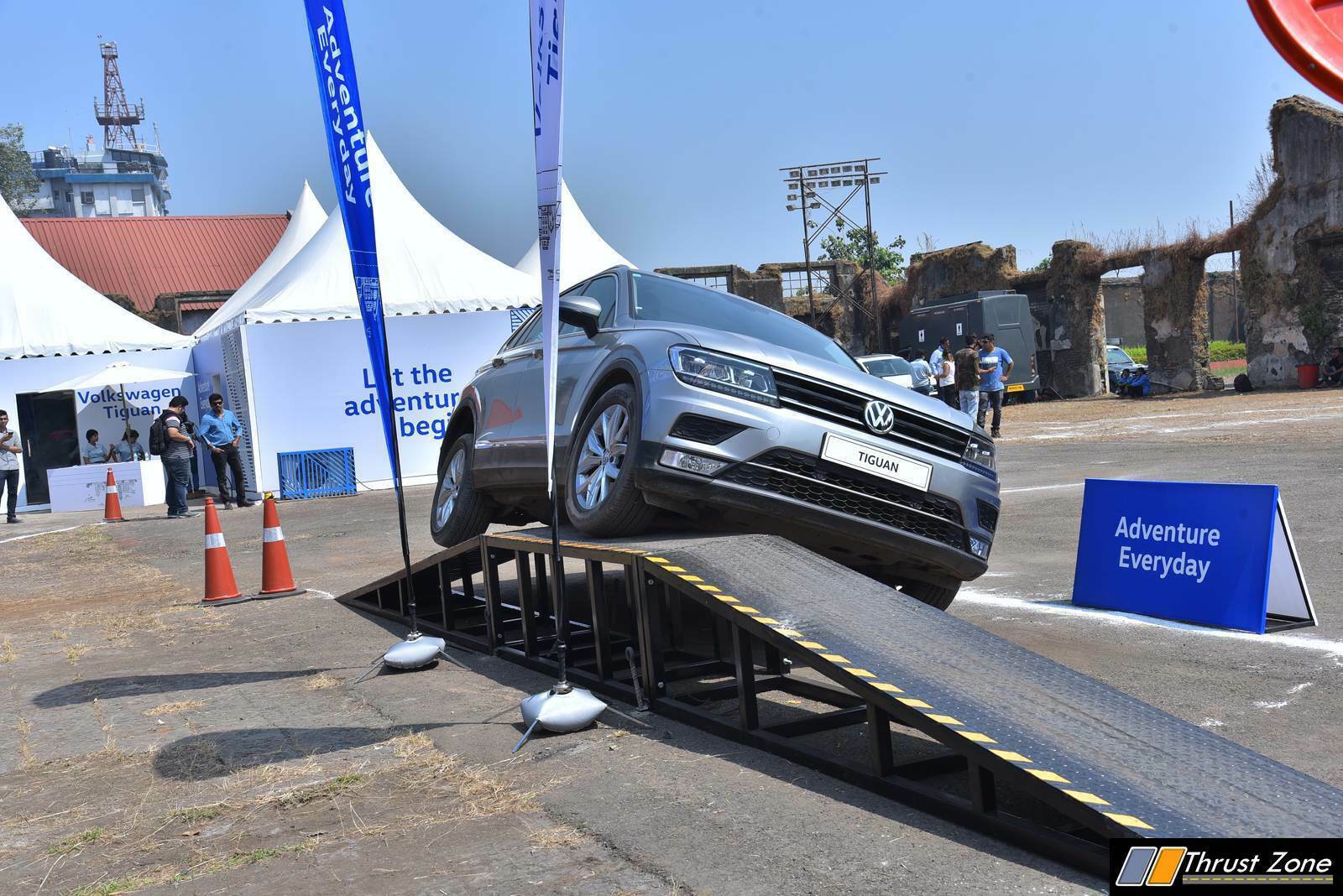 Volkswagen Tiguan Experiential Drive was arranged in Mumbai to give a taste of its off-road capability and car-like dynamics of this SUV.

To showcase off-road credentials of Tiguan, Volkswagen recently organized an experiential drive at the Mukesh Mills compound in the Mumbai City. After a short briefing about the procedures and precautions, the real adventure started in terms of driving the car through some of the challenging obstacles. The first challenge was the Terrapod aimed to gauge Tiguan ability to handle different riding heights. 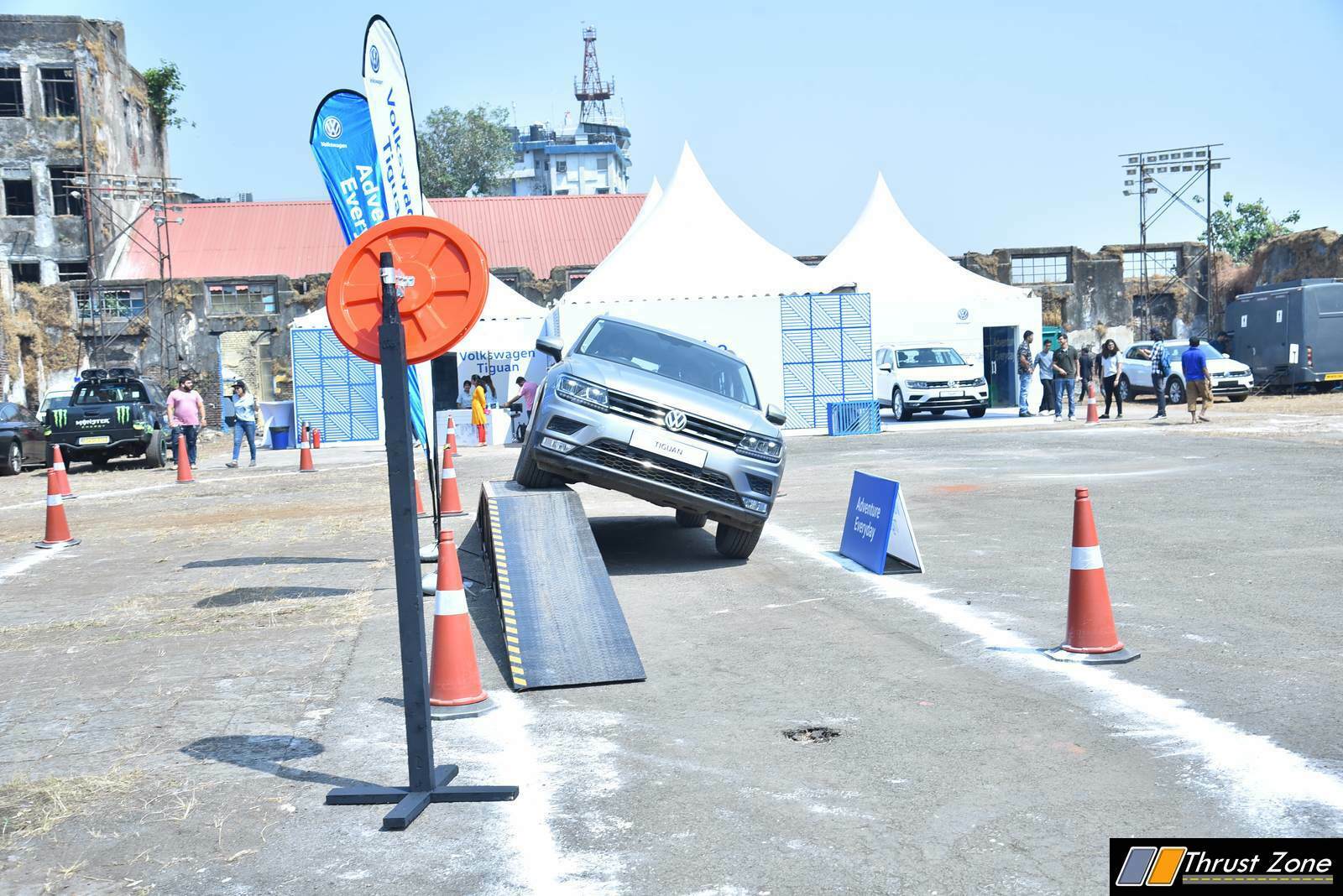 The test required nerves of Steel as even slightest of the mistake could result in SUV tipping over. After the Terrapods next challenge came in the form of axle breakers. This test demonstrated the Tiguan’s ability to modulate the torque between wheels. In other words, we tested the traction control system of Tiguan and the SUV came out with flying colors. Of course, the test also required patience on the driver’s part though the capability of the machine was equally influential in deciding the outcome. 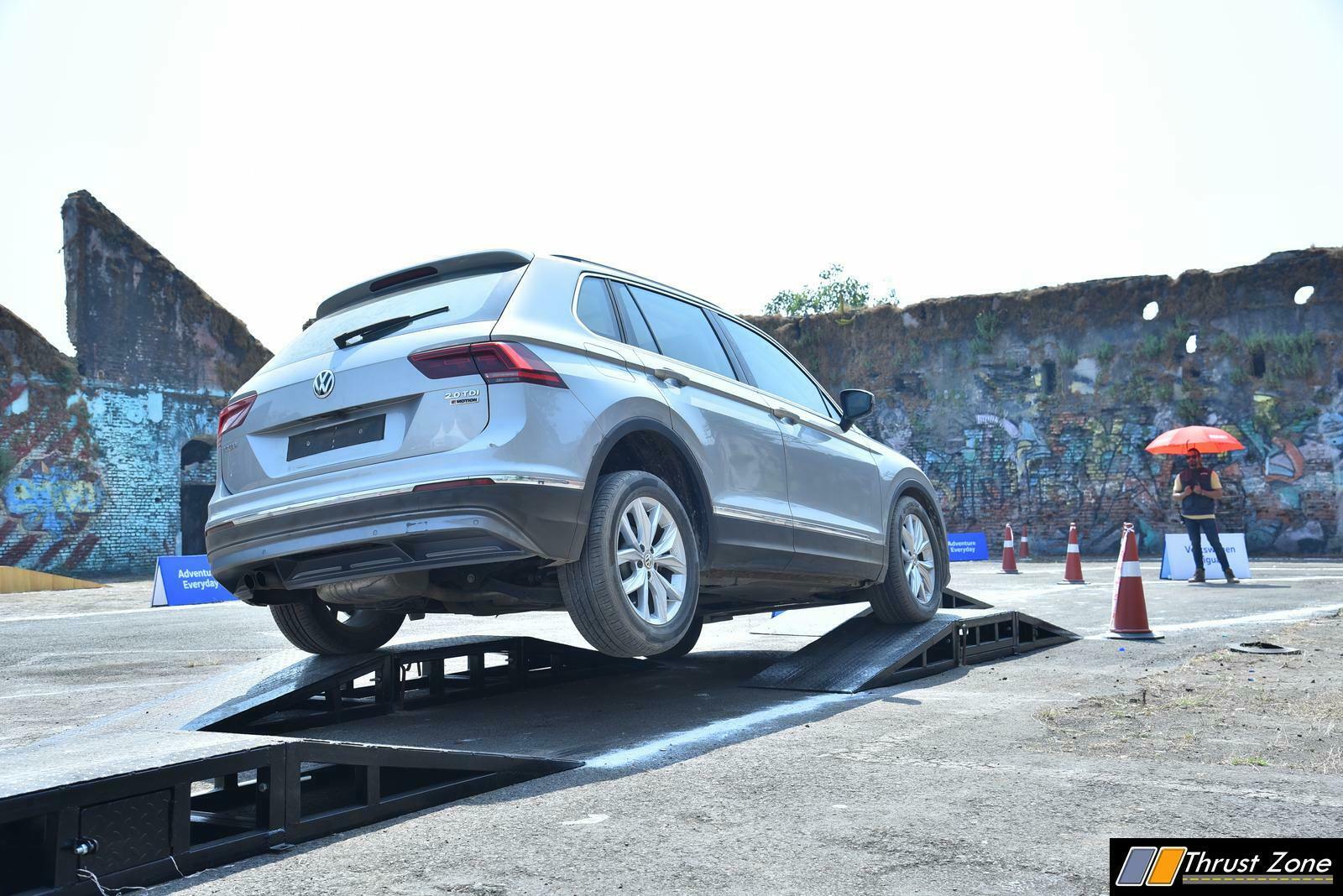 No off-road capability test can be complete without examining the effectiveness of the Anti-Lock Braking System (ABS) and this was exactly the next evaluation through which Volkswagen Tiguan had to go through. The effectiveness of ABS was tested on hard braking and in an attempt to make a certain Lane change. The Braking System worked excellently during the test and on all occasions, we found ABS perfectly in sync with allied systems. 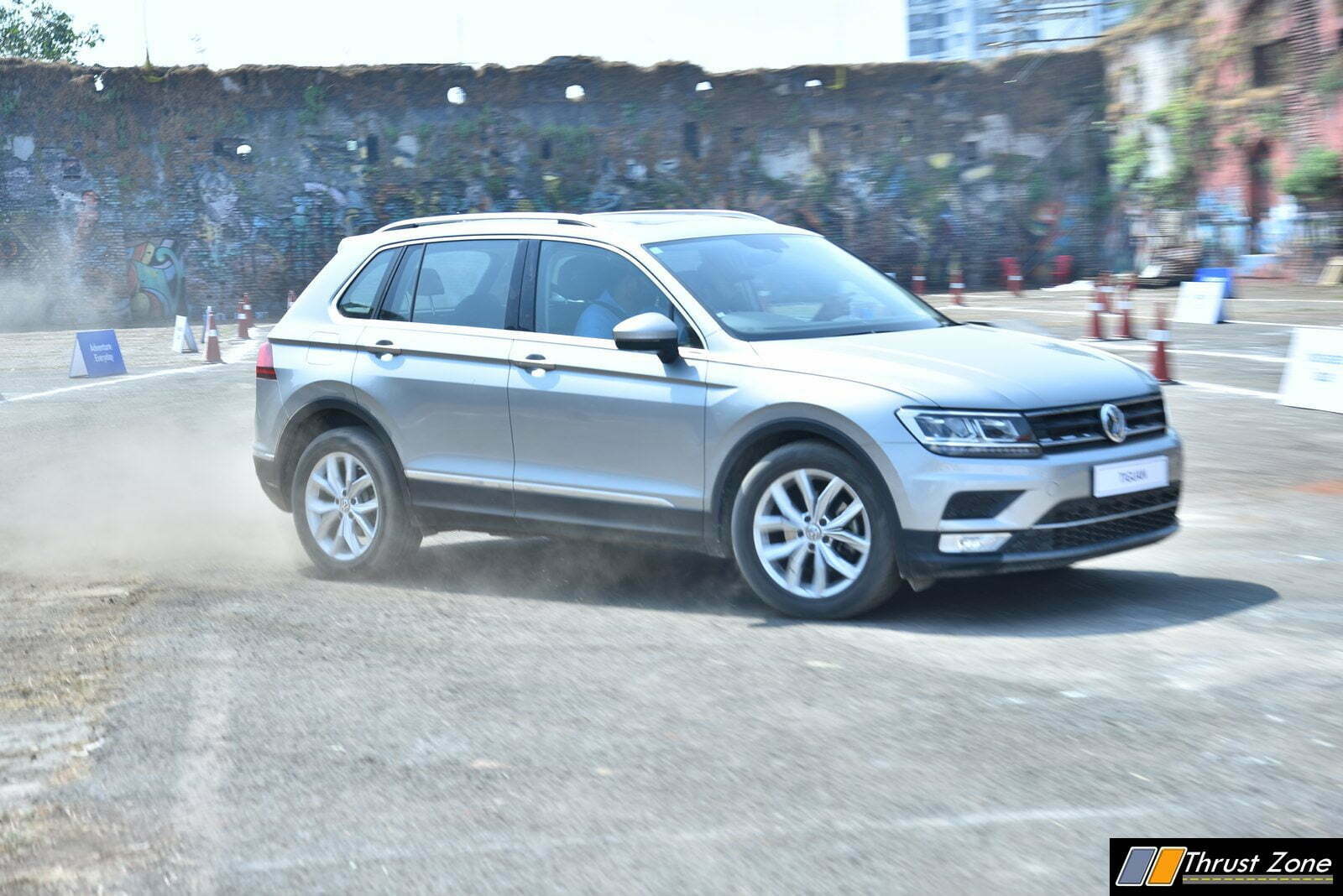 The stopping distance was impressive and even during the hard bite, tires didn’t get locked up. Tiguan performed equally well during the sudden lane changes and ABS made sure that unplanned manoeuvers didn’t result in any inconvenience. Just so you know, VW Tiguan is available in Indian market in two variants – Comfortline and Highline priced at Rs 27.49 lakh and Rs 30.87 lakh respectively. It is powered by a 2.0-liter turbocharged diesel engine with an output of 141bhp/340Nm.

Yamaha YZF-R3 GYTR Is A Wet Dream Come Through!