2020 Hero Karzima Reborn? This Could Be Fully Faired Flagship Motorcycle Spied For The First Time 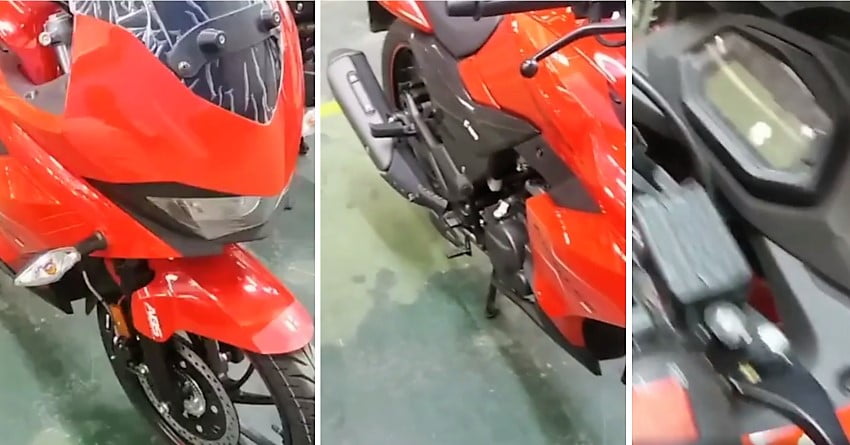 2020 Hero Karzima Reborn takes cues from the HX250R that was showcased in the year 2013, a bike which had a lot of technology as a concept vehicle

A new fully-faired sports motorcycle from Hero has been spied. Our sources confirm, is the R&D center of Hero MotoCorp in Jaipur. The bike is a long time coming and it seems Hero is taking its own sweet time to whip up the excitement. The video shows the bike in a flashy red color with a lot of branding elements with Hero’s signature on them.

The front disc brake is similar to what we have seen on Xtreme 200R with chrome outlining and black inside section. Alloy wheels feature a curvy design and deep visor up front gives it a healthy dose of aggression. The headlamp is aligned with visor design and features an LED light element for illumination. Turn indicators are mounted on the side fairing and stretch outside on the other side. 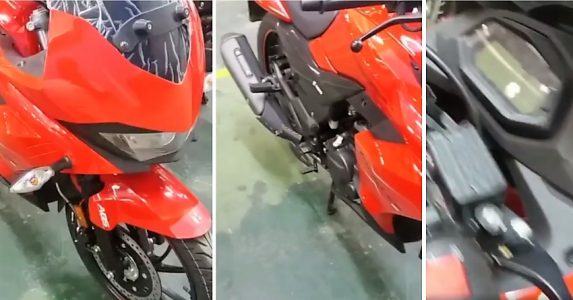 Telescopic fork front suspension is visible in the video and so is the handlebar with controls just behind the instrument cluster. The massive fuel tank not only adds to bike’s looks but will also equip it with a decent travel range. Size of the front fairing is large and in fact, it looks wider than all the commercially available bikes for sale in India.

Unlike the Karizma which uses the clip-on units, this fully-faired sports bike features a handlebar. Speculations are flying around the engine capacity with many betting on the existing 200cc motor to power this new sports bike. However, there is also likelihood that Hero will use 220cc engine from the Karizma to churn out the motive force here. For now, we don’t have much information about the name though the Hero branding on the side panels is good enough to make people start conjecturing about its name. Still, there is no denying that Hero will make use of X in the moniker of the bike.