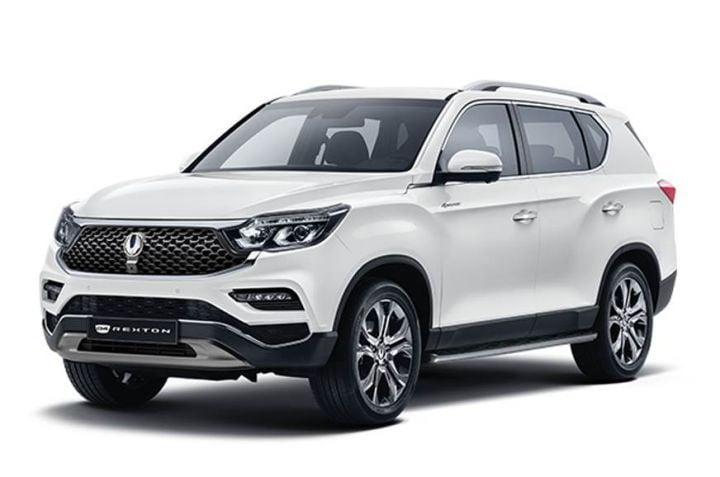 The SsangYong Rexton G4 has been on sale since 2017, and a much-required refresh was due knowing that it’s already the last month for Q3 FY 2019. The manufacturer has finally revealed the list of updates that we would likely see in the car. The 2020 SsangYong Rexton G4 Facelift only gets cosmetic upgrades and no mechanical upgrades. This also brings the question of upgrades to the Mahindra Alturas G4 because the Rexton is sold as the aforementioned model. But, on that, later.

2020 SsangYong Rexton G4 Facelift gets a new honeycomb mesh styled grille, a new bumper and sits on a refreshed set of alloys. The side profile remains unaltered for the G4 SUV and the rear end gets repositioned badges.

The SsangYong Rexton G4 has offered a premium dashboard since the beginning and so, the only noticeable changes on the inside are, a redesigned gear lever with SsangYong badge and the Grey-White theme for the interior. Furthermore, the butch SUV comes with a list of features on the inside as well. The touchscreen infotainment system with Apple CarPlay and Android Auto, coloured multi-info display, cruise control, dual-zone climate control, power tailgate, and ventilated seats are all included in the list.

The safety net for the Rexton G4 is widespread. It consists of 9 airbags, a blind-spot monitoring system, automated emergency braking, ABS with EBD, electronic stability control, hill descent, and hill assist as well.

2020 SsangYong Rexton G4 Facelift packs in the same 2.2-litre diesel motor that churned out 187 Ps of power and 420 Nm of torque. The transmission is a Mercedes sourced 7-speed torque converter unit. Goes without saying that the refreshed model will house a BS6 engine.

Considering the Alturas is just a rebadged Rexton, the odds of a refreshed Alturas are pretty high, but no concrete news on that for now. The Rexton G4 SUV will compete against the Ford Endeavour and the Toyota Fortuner.