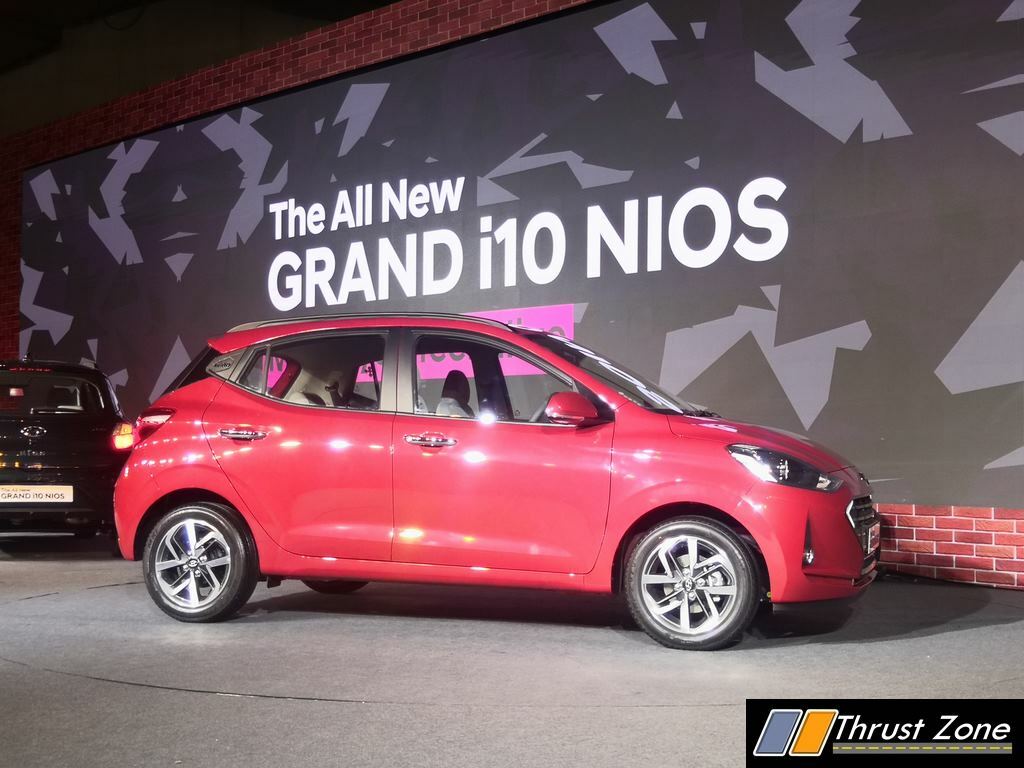 The petrol-CNG variant’s arrival is pretty positive considering the mileage concerned customer base. Currently, the Grand i10 Nios offers a 1.2-litre four-cylinder petrol engine and a 1.2-litre turbo-diesel three-cylinder engine. So, the needle inclines either towards performance or else to the mileage. This is where the Hyundai Grand i10 Nios petrol-CNG variant comes to the play. Having best of both worlds, performance and mileage, or at least sticks around it. The petrol engine makes 83 PS of power at 6000 RPM and 114 Nm of torque at 4000 RPM and the diesel mill churns out 75 PS of power and a good 190 Nm of torque around 2000 RPM.

Transmission options for both the variants are 5-speed manual and a 5-speed AMT. The petrol engine when mated to the manual transmission can munch around 20.7km/l and with an AMT, the fuel economy is around 20.5 km/l. Similarly, the diesel engine offers a fuel economy of 26.5 km/l when mated to both, manual and AMT.
The petrol-CNG variant for the Hyundai Grand i10 Nios will house a BS4 compliant motor- 1.2-litre Kappa Dual VTVT petrol bi-fuel from the Hyundai Grand i10 CNG. The said motor is likely to churn out 81.6 PS of power and 109.83 Nm of torque while running on petrol and 66.3 PS of power and 97.97 Nm of torque while on CNG. 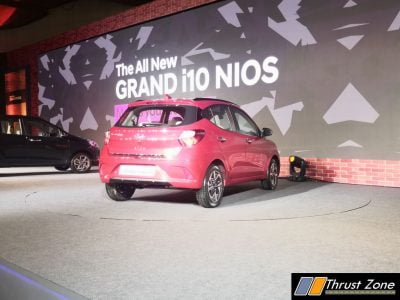 Hyundai offers 6 paint options for the Grand i10 Nios. Of the 6 paint options, 3 are carried over- Polar White, Typhoon Silver and Fiery Red. Rest of the 3 are new to the list- Aqua Teal, Alpha Blue, Titan Grey. Dual-tone paint jobs are also available for the Aqua Teal and Polar White colors.
The Hyundai Grand i10 Nios wears a sticker price of Rs. 4.99 lakhs and goes up the scale to a price of Rs. 7.99 lakhs. The petrol-CNG variant would likely host same features but obviously come with an added cost considering the addition of CNG fitment.

2019 Mercedes C-Class Features List Updated – Should You Be 3Rill-ed?