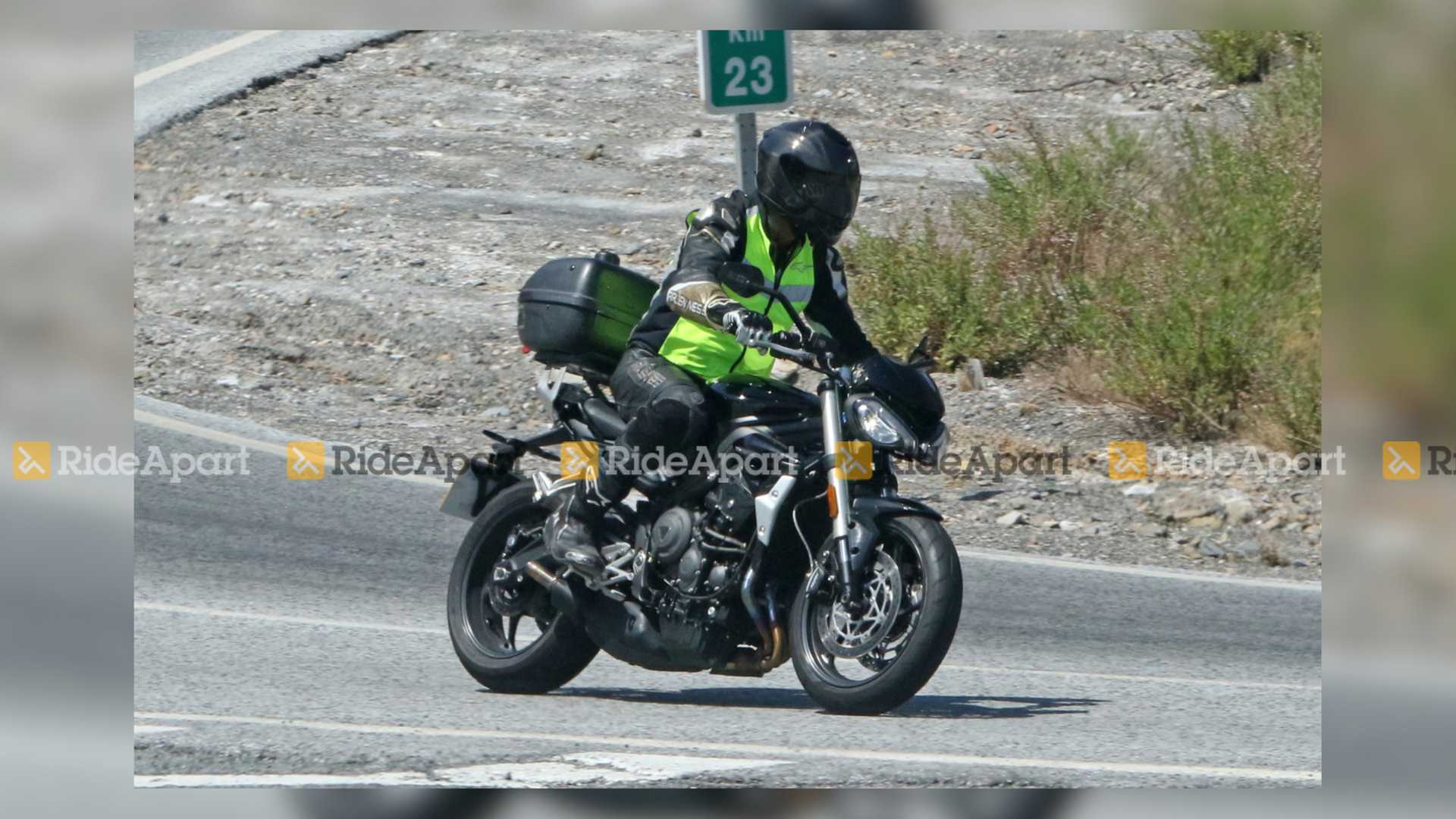 British bike maker Triumph is working at a frantic pace to update its whole range of model line-up. We have recently witnessed the unveiling of Rocket 3 TFC and Thruxton TFC and now, the Street Triple model of the company has been spotted testing, implying that its upgraded version is on its way. The test mule of Street Triple was spotted testing with a lot of subtle yet important design changes.

The front section of the bike has gone under a transformation with headlamp assembly now becoming sleeker and sharper. The addition of DRLs has further upped the styling quotient. The radiator guards have been changed and new, smaller panels which have replaced the arrow-designed cowls of the current model aid the overall aesthetics of the bike. That said, some other elements like frame and fuel-tank have green carried over. 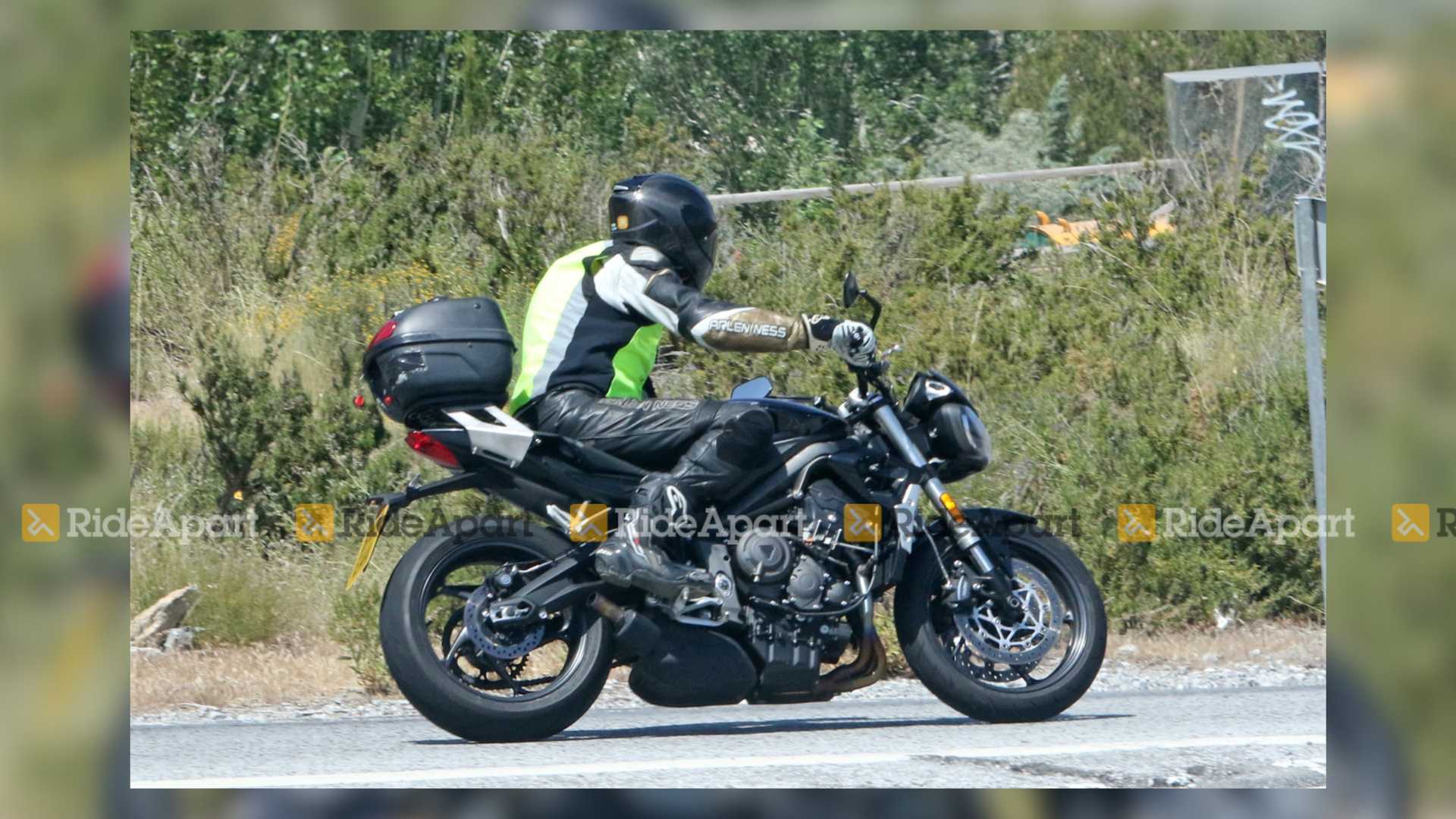 Triumph is also planning to make some alterations in engine and transmission department. This will be done in order to make Street Triple compliant with stringent Euro-5 emission norms. In its current avatar, the bike comes powered by a 765cc, liquid-cooled engine which is mated to a 6-speed gearbox. The engine is available in two states of tune – 111bhp and 73Nm on R and S variants and 121 bhp and 77 Nm on RS variant.

Given the fact that spied model was featuring Nissin calipers and conventional mirrors, it can be safely concluded that the test mule belongs either to R or S variant. Still, updated RS variant is also on the scheme of things as far as upgradation of models is concerned.
We expect the upcoming EICMA show in Milan to become unveiling platform for the 2020 Street Triple. In addition, the company is also expected to showcase Tiger 900 ADV and Daytona 765 Moto2 at the EICMA.

2019 Honda City Facelift Review: All Changes Over The Previous Version