Pulsar NS125 CBS Launch in Poland was done last year. However, Bajaj Pulsar 125 CBS is different for the Indian market.

Bajaj Pulsar 125 CBS Launch in August is something we told you and it has happened today. This move will diversify the Indian Pulsar portfolio of the brand. However, Bajaj had launched the Pulsar NS 125 in Poland to get hold of the popular 125 cc segment in the two-wheeler segment and launched it in Poland at Rs 1.58 lakh (PLS 7,999). When it comes to India, The Pulsar 125 Neon is available at a price of Rs. 64,000 (ex-showroom Delhi) for Drum brake version and Rs. 66,618 for Disc Brake version across all Bajaj Auto dealerships in India. 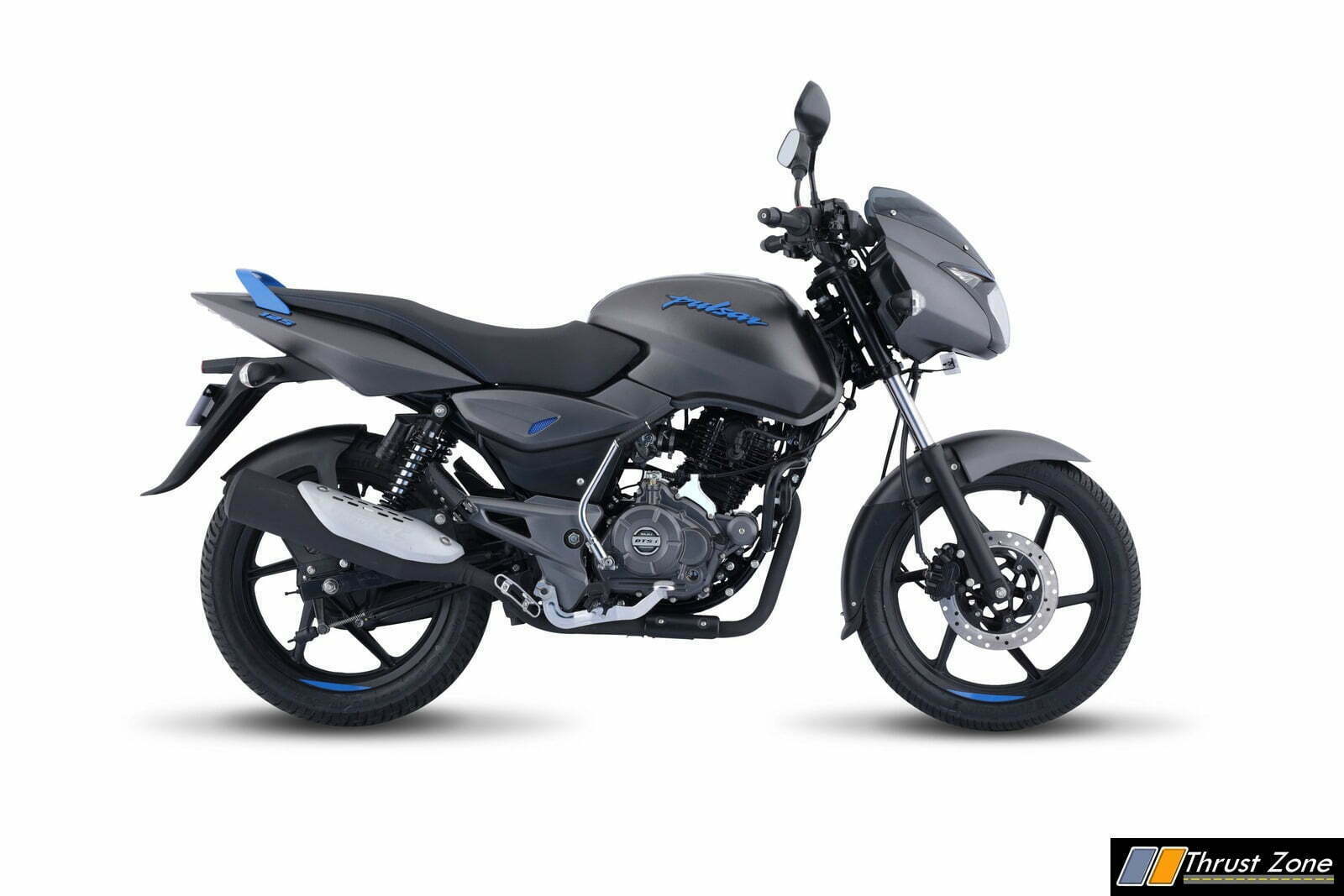 The introduction is aligned with the popularity of the 125cc segment in the international markets. Until now, the Pulsar 135 LS was the entry-level bike but now with NS 125 joining forces, Bajaj is hoping to make big in Poland. While in India, anything under 150cc could be axed in the future, Bajaj again is taking a bold move which could work. We have some details as it has been launched. 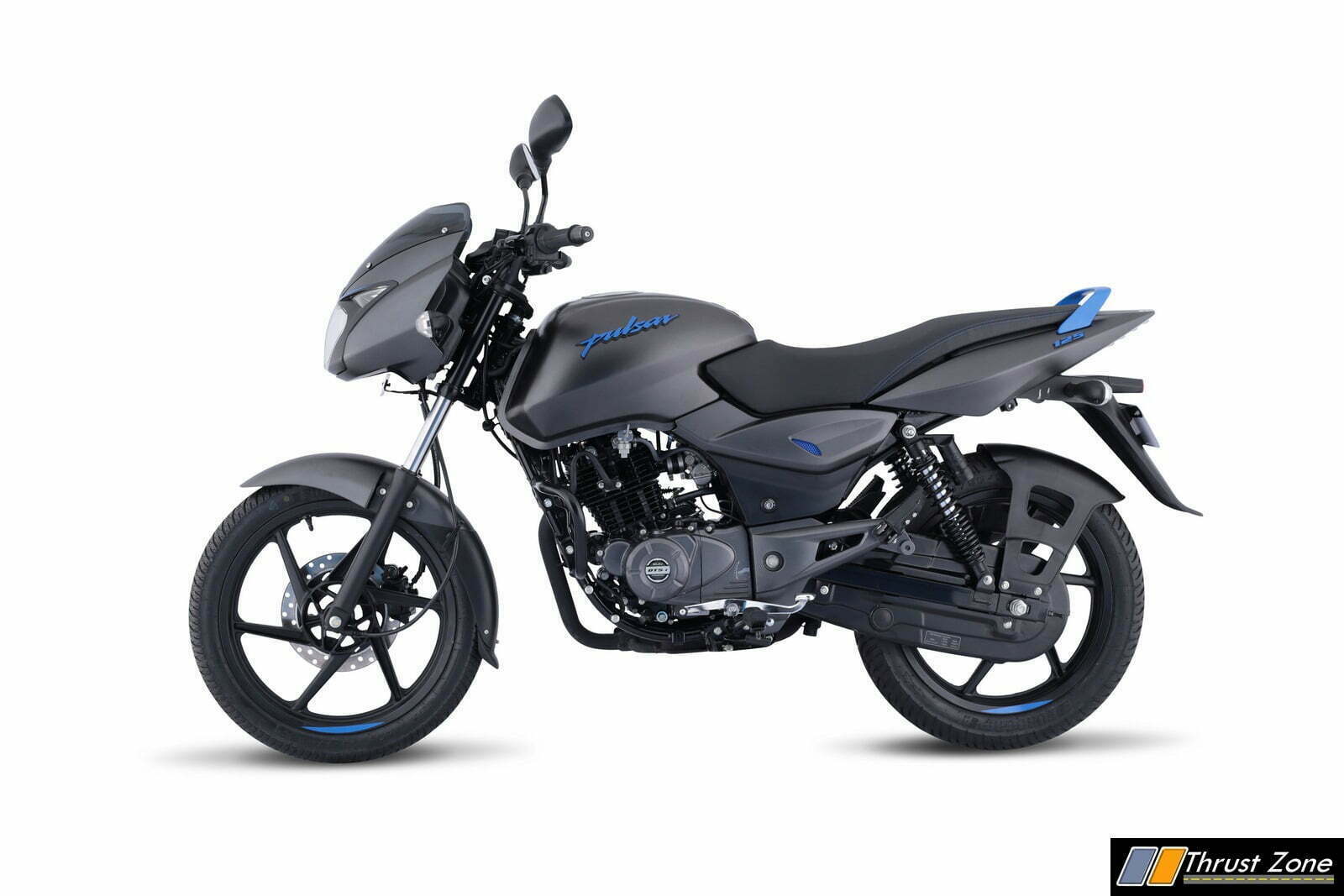 The new Indian safety norms on vehicles mandate the motorcycle with more than 125 cc engine to offer ABS as a standard part of the equipment. This would have certainly inflate the price of 135 and it may end up with a retail price close to the 150cc model. The sub-125cc segment, on the other hand, doesn’t require the costly ABS and can easily make do with a cost-effective Combi-braking system for the Bajaj Pulsar 125. 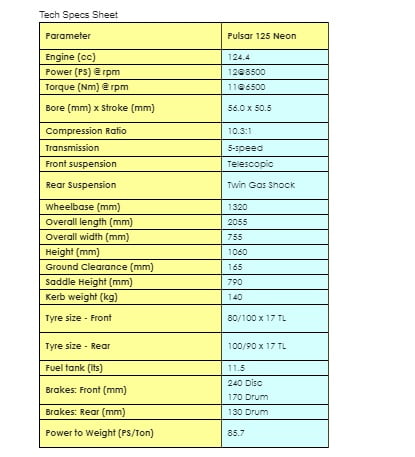 Bajaj Pulsar 125 CBS will get the single-cylinder air-cooled 4-valve, DTS-i motor makes 12 PS of power and 11 Nm of torque. The engine has a 5-speed transmission. Pulsar 125 gets a larger fuel tank than the before. All the specs are seen above. The engine gets a segment first counter balancer! The power to weight ratio isn’t the best and this is clearly an entry level Pulsar for the masses who wants a true Pulsar but it needs to be accessible, affordable and easy to live with. Bajaj Pulsar 125 CBS is a big surprise as the Pulsar 180F that took the market by storm and is doing well for the manufacturer.