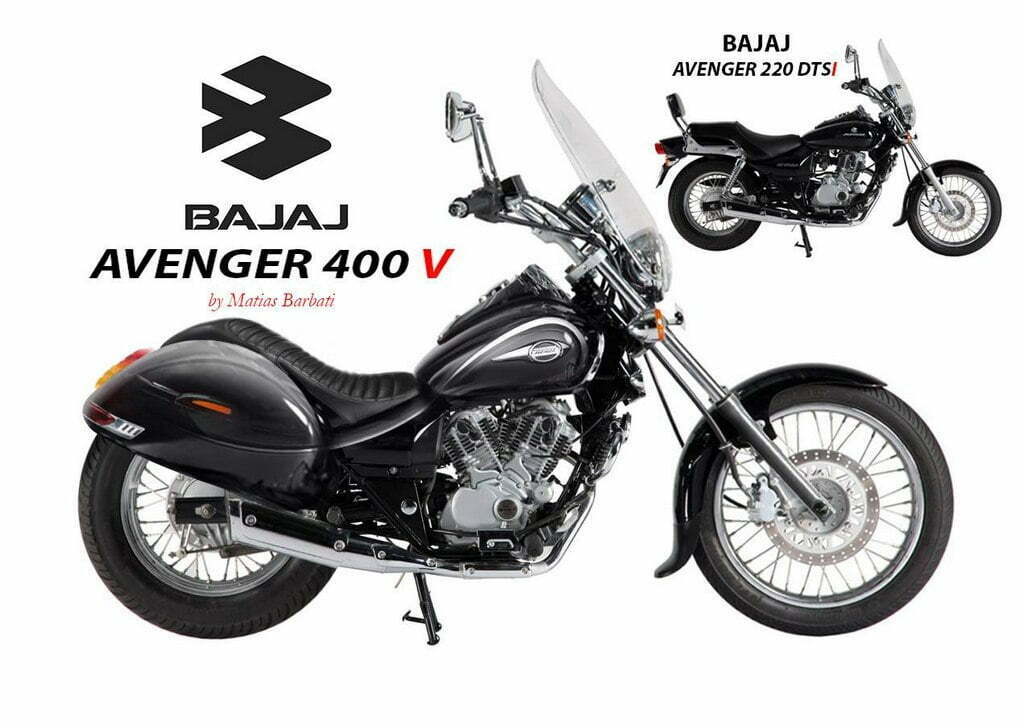 Bajaj Avenger 400 V, if turns out to be real someday, it would be something that people would happily queue up to buy one

The Avenger brand for Bajaj Auto has been a stable success. Even Bajaj would have not known how excitedly Indian market would take up the new updated Avengers that came not even a year ago. However, we wouldn’t deny that we were expecting a bigger Avenger to arrive from the Bajaj stable and on that front we are still left wanting by the Pune based motorcycle making behemoth. Also, a bigger capacity Avenger also makes a huge sense in Bajaj portfolio especially when it has decided to make inroads towards the segment that Royal Enfield is ruling mainly because of non-existent competition.

Now we all are aware that the Dominar 400 is going to be Bajaj Auto’s response to the RE dominance. The bike being vastly different from Royal Enfield products should create its own niche in the huge touring motorcycling market in the country. So if Bajaj decides to finally give the Avenger a bigger heart, then it will have a two pronged attack on the segment. With Avenger already being a known and respected brand, a bigger Avenger will hugely support the punches Bajaj Auto is going to lay with the Dominar 400. Now, we have just come across an interesting rendering of a bigger capacity Avenger done by certain, Matias barbate and it imagines the Avenger as a V-Twin. 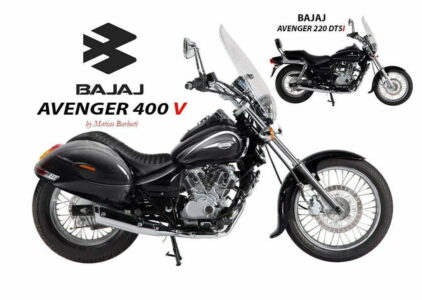 Matias is calling it the Bajaj Avenger 400V and have tried to keep the Avengers known design lines and have a more true cruiser appeal. The concept has a rather long suspension and rack to suit its cruiser intentions, while we like the way the seats look all comfy for long rides. Though we really admire the idea behind a bigger Avenger, we are pretty certain that Bajaj won’t go for a V-Twin because of economies of production, but it still is an interesting idea to ponder upon. DO tell us what you think of this rendering in the comments.