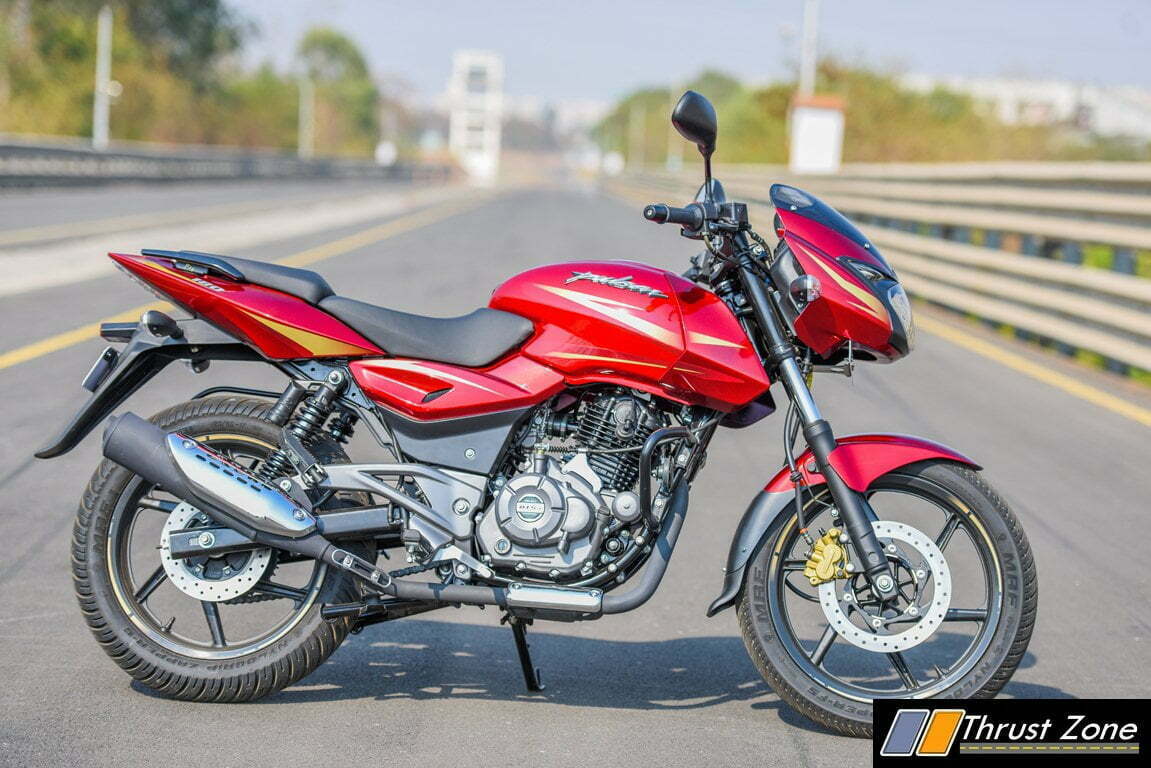 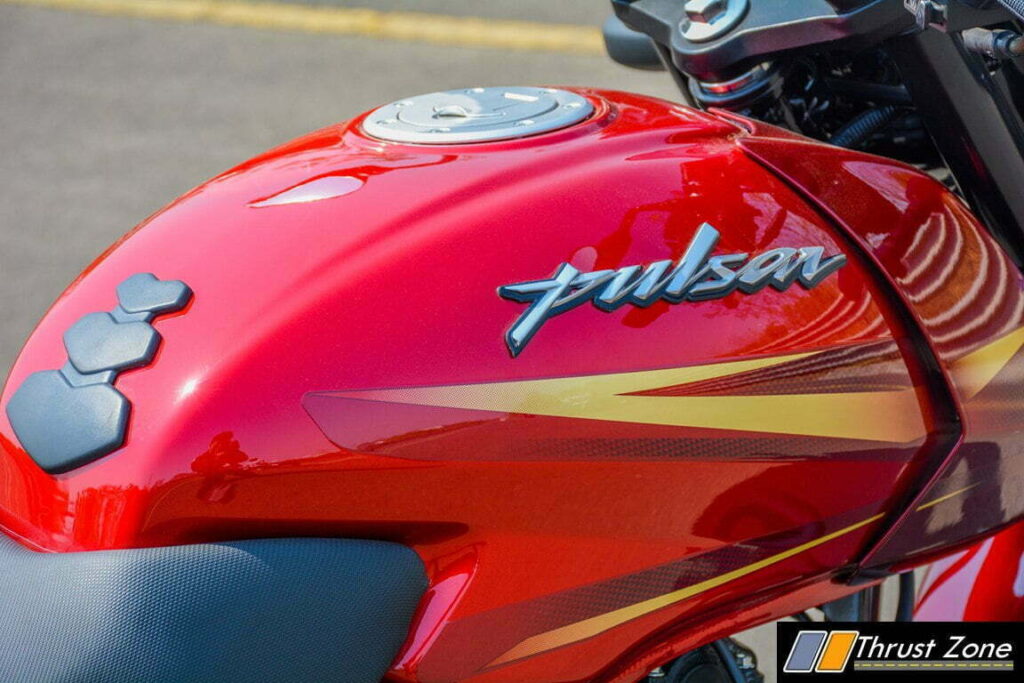 Bajaj has revamped its lineup for 2017 and as you know by now we have reviewed all them for you. However, last but not the least, the Pulsar 180 is also here and we rode it at the Chakan test track for couple of hours and we can tell you after riding the previous Pulsar 180 on the road for quite some time that the changes are apparent but in areas that matter the most to commuters and not to performance enthusiast. Pulsar’s have gone through a massive change since 2014 and the 2017 avatar just makes come closer to the tag of the best sporty commuter in its category for any budget. The Pulsar 180 is for a certain audience with a budget. We find out if it is the right bike for you in this price tag and are the changes enough to consider it. 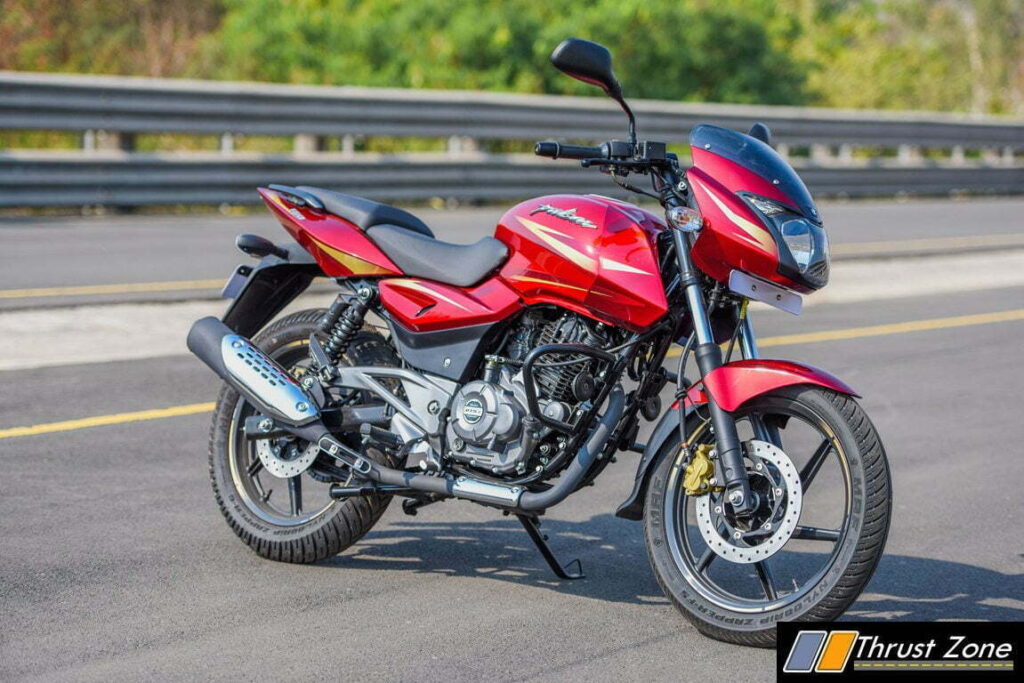 Design is the same as before. Every panel remains similar. However, the paint scheme just keeps getting better with Bajaj motorcycles and it feels it is built to last. Fit-finish and quality level are similar so they look and feel a bit budget but they are robust enough to sustain abuse and over the years it has been proven. To make it look different, the Pulsar 180 comes with new laser edge graphics and decals and a new red paint scheme with the beige streaks, which isn’t to our taste. The black color with the red streak still looks far more superior than the other option and easily makes it self identifiable as a Pulsar 180. 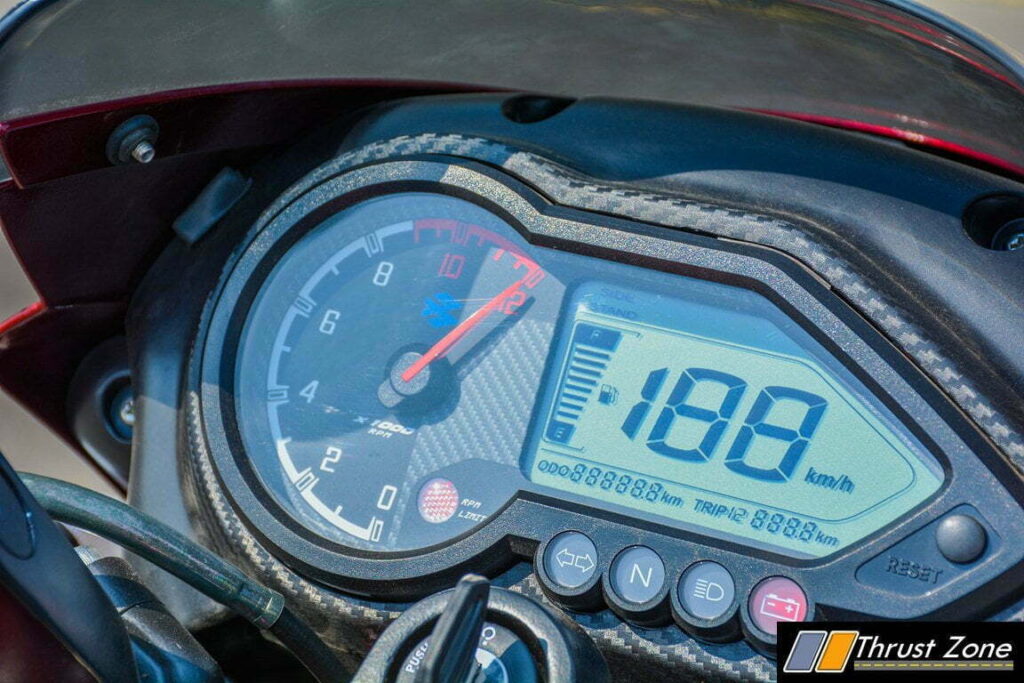 Switches and Speedo get subtle changes. The switches are back lit in blue, the speedo has changed with new fonts and graphics used. Faux carbon fibre finish around the unit makes it look more sportier. The meters show you two trip meter, tell-tale lights, odometer, digital speedometer, analogue tachometer and a side stand warning is also on offer. However, clock and other warning lights continue to be not offered on the meter. 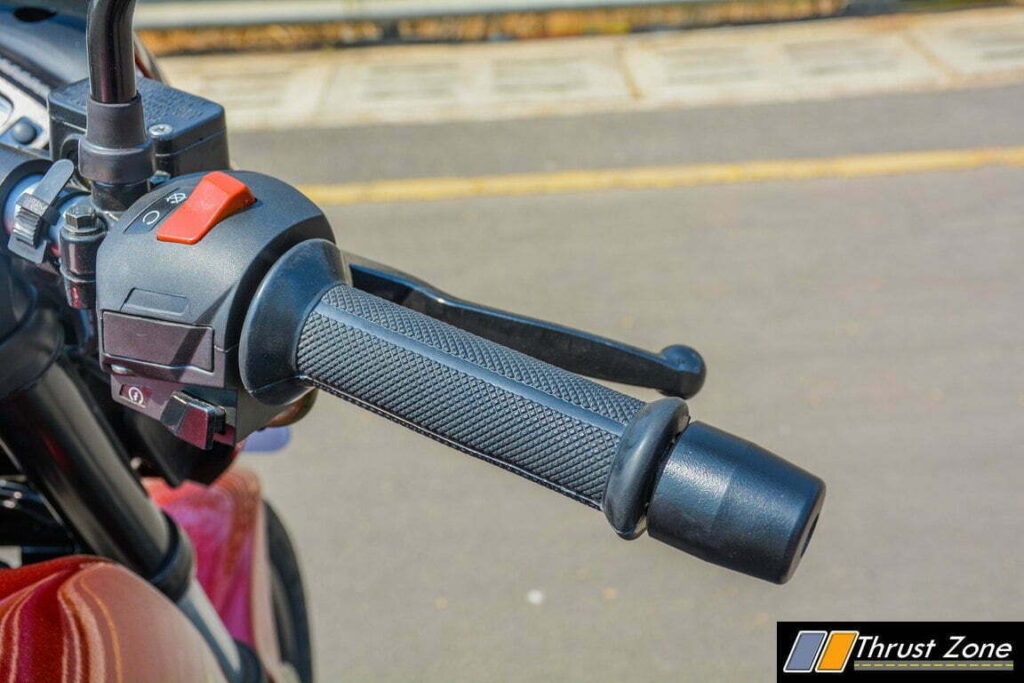 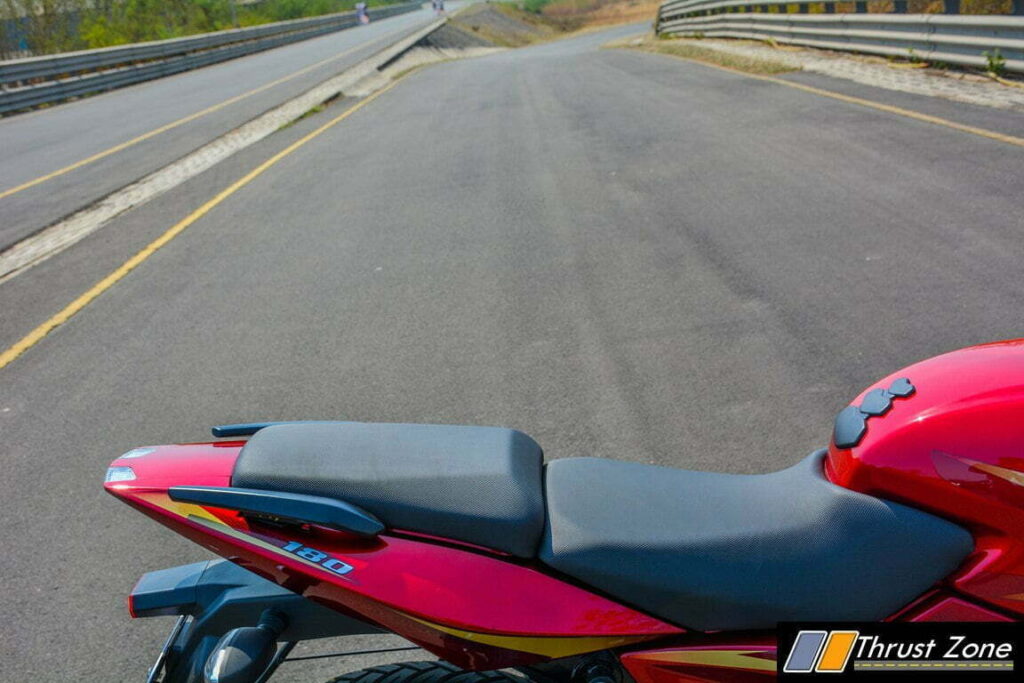 Ergonomics are the same as before though, low seat height, high riding position and lower set clip on means you are hugging the tank and sitting in a commanding position. The mirrors are well placed. The seats have new contour and new seat cover to up the quality quotient and is far less slippery than already impressive unit. Footpegs are rear set and lower for legroom and comfort. Pillion enjoys a more comfortable seat as well and position of the footpegs for pillion remains the same.

When it comes to performance the same 180cc engine continues to be on offer without major changes. The 2-valve, air-cooled motor makes 17 PS of power and 14 Nm of torque. The CDI is new and now running 5 maps instead of two, there is a secondary air system that takes care of the exhaust and allows for less emission which is now a unit inside the exhaust and another one is below the seat. As with other models, the refinement level have gone higher, the engine is more rev friendly, smoother throughout the range and exhaust and intake noise got more throaty. 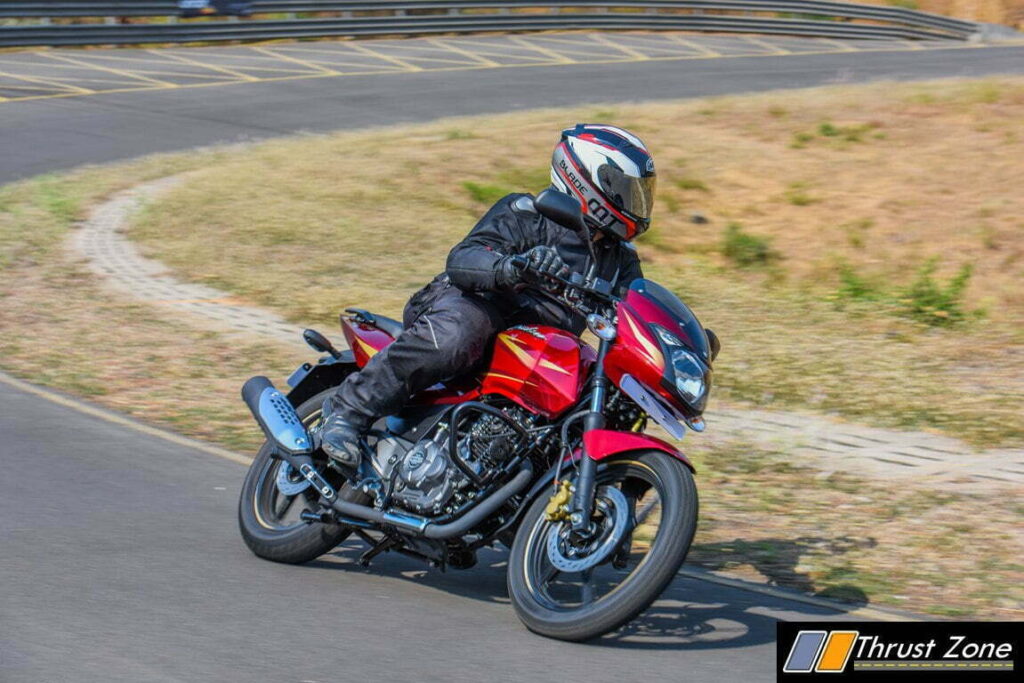 Vibrations aren’t part of the low and mid-range but there is some on the top-end as always and something we see on most engines in the 100-200cc category. Power band continues to be the same as focuses on delivering low and mid range torque. Tall gearing helps in extracting top-end power well and it reaches 100 km/hr quite easily and we could see 125 km/hr on the speedo quite easily. Gearbox is also smoother, clutch is now lighter and progressive than before. The problem with the 180 is that the kerb weight is high, the torque is less and there isn’t the punch that you get from competitors or good enough to distinguish itself from the Pulsar 150. 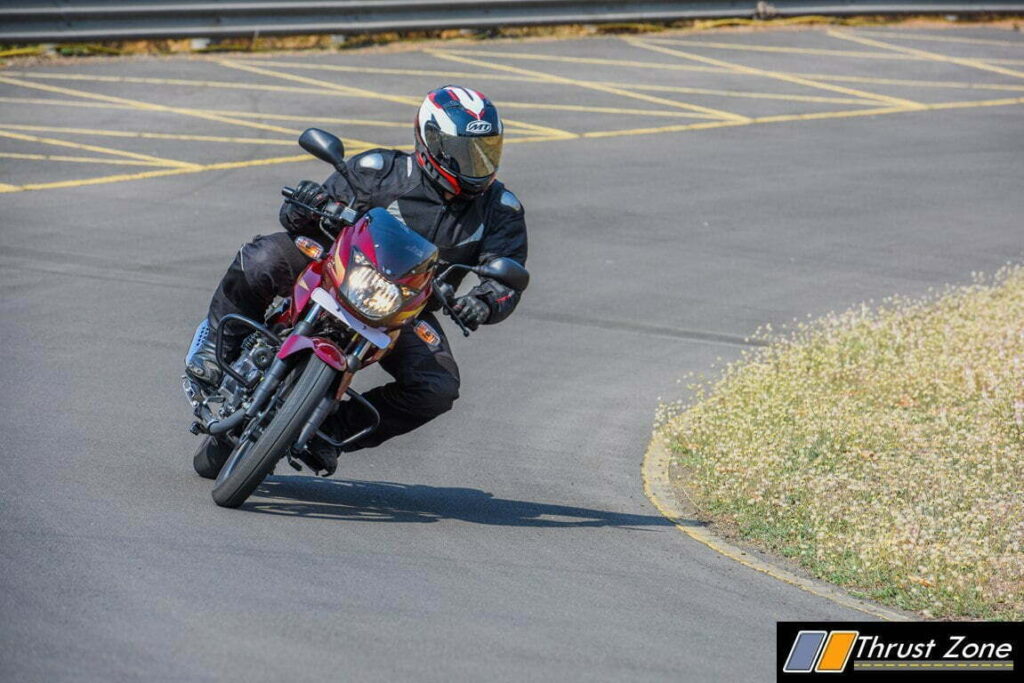 Dynamically, the Pulsar 180 continues with larger front 37mm forks from the 220 at the front. The rear has dual sided shocks and the dual cradle frame is also on offer as before. The chassis has been stiffened a bit where the engine is mounted and the center of gravity is lower as before. The motorcycle isn’t quick to turn or react and doesn’t have cornering clearance. However, on the road it is nimble, stable at any given speed or road condition as it has a great ride quality. 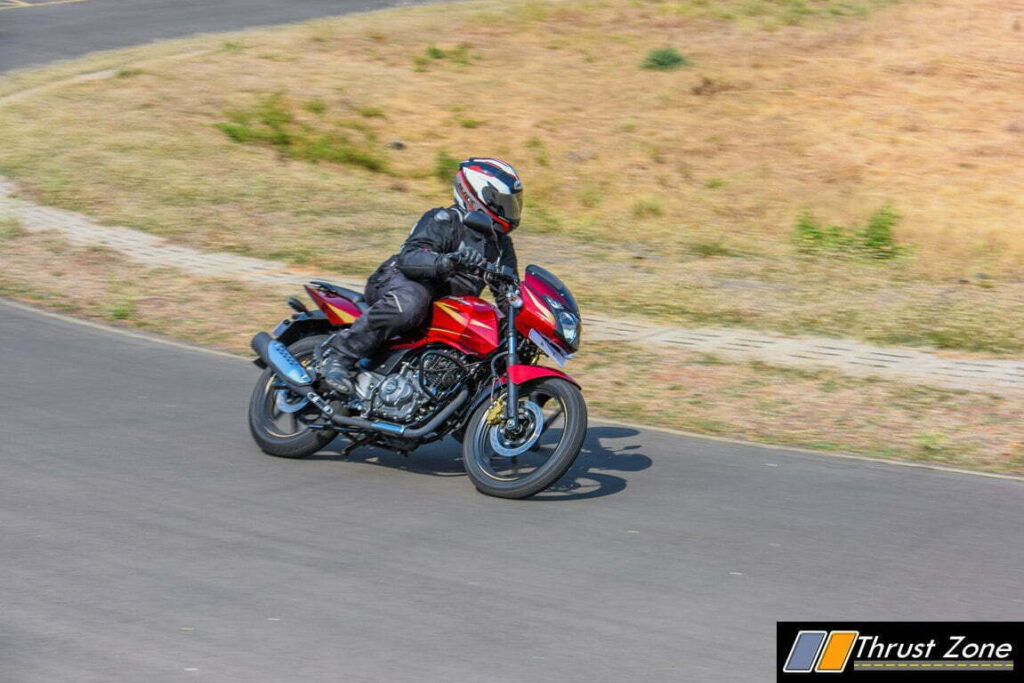 MRF tyres help aiding in dynamics which are good enough. The motorcycle stays poised in the corners and inspires confidence with the new slightly stiffer suspension setup. Brakes are the highlight as the motorcycle gets dual disc brakes but still no ABS on offer. The brakes offer decent amount of feedback and initial bite. Progressive power post that is more than enough for the performance it offers. 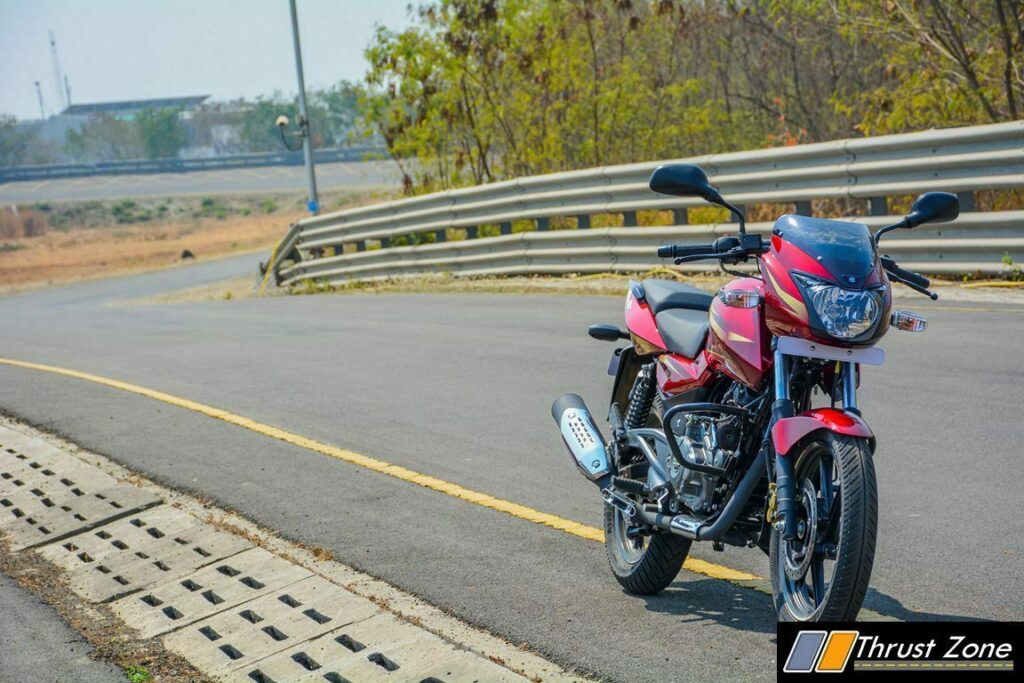 Pulsar 180 has come off age today. The motorcycle ins’t offering class leading performance in any manner but it continues to excel at two critical things. The Pulsar 180 bridges the gap between 150 and 220 as the budget stretch is too high. The Pulsar 180 becomes the slightly more premium and sporty commuter which can do everything when it comes to mild touring and daily sporty commuting at a price which can suit a lot of riders out there looking for exactly like this. The refinement and value for money proposition continue to be in favor of the Pulsar 180 and no matter whichever you choose, you won’t be complaining anymore. 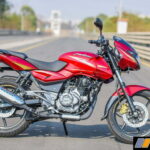 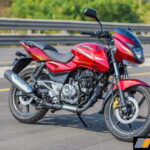 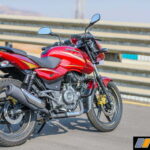 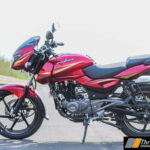 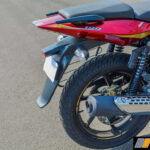 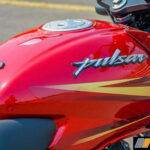 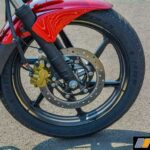 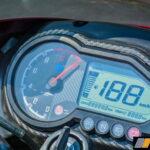 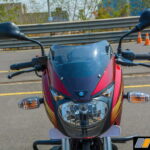 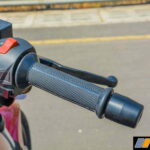 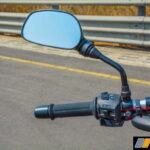 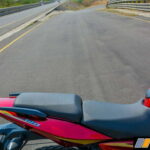 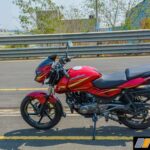 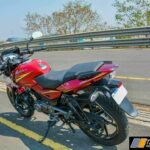 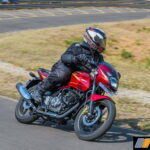 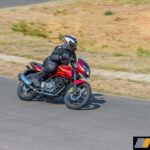 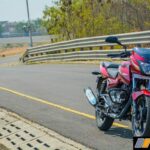 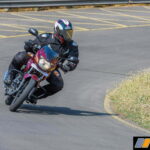