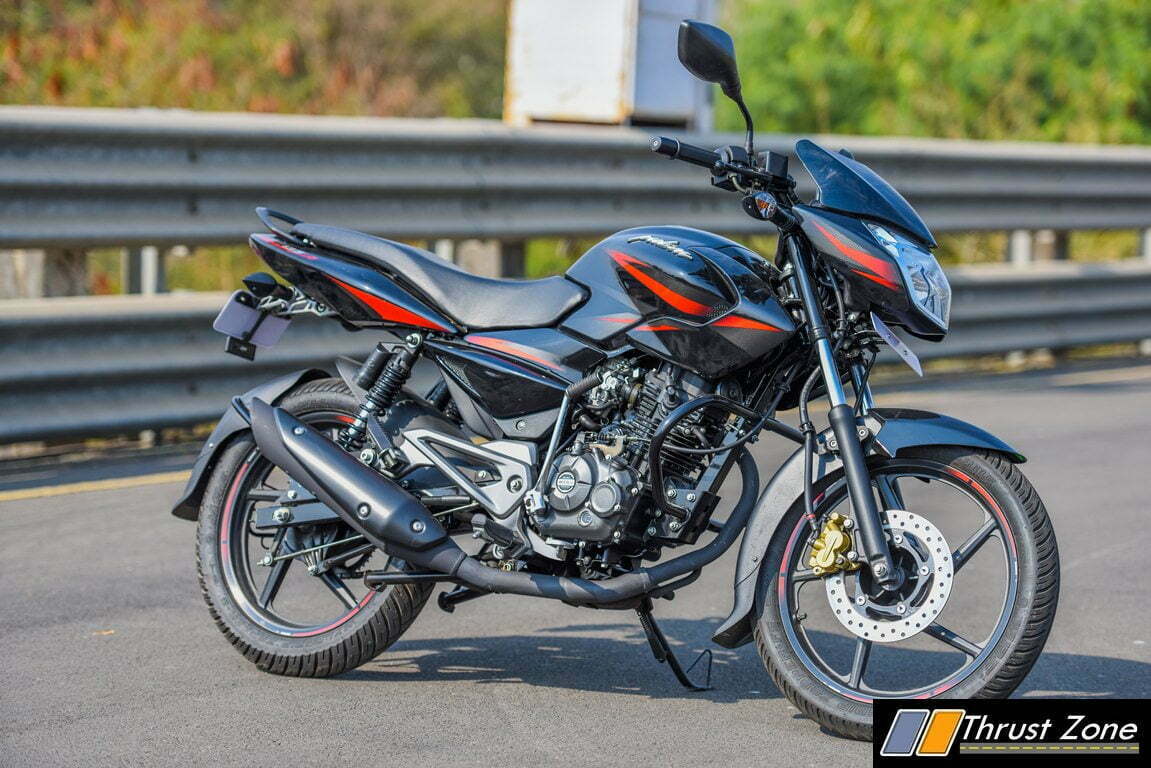 Special Mention:The only problem with the above line is that the motorcycle has been as a underdog

We all thought couple of months back that Bajaj has gone silent with large lineup of motorcycles that it already has. The motorcycles were getting silent updates over the years and nothing significant was happening. Bajaj, as we know, has been doing this for the last 15 years. We have seen some major changes, but post UG4 we haven’t seen much happening. The motorcycles were doing their job of getting them sales and market share. However, the news broke in late 2016 that there are 2017 Pulsar’s coming in soon to make sure they are refreshed and meet all safety and emission norms that are coming in. Bajaj promised right from Pulsar 135 to Pulsar RS200 will get all the necessary changes. 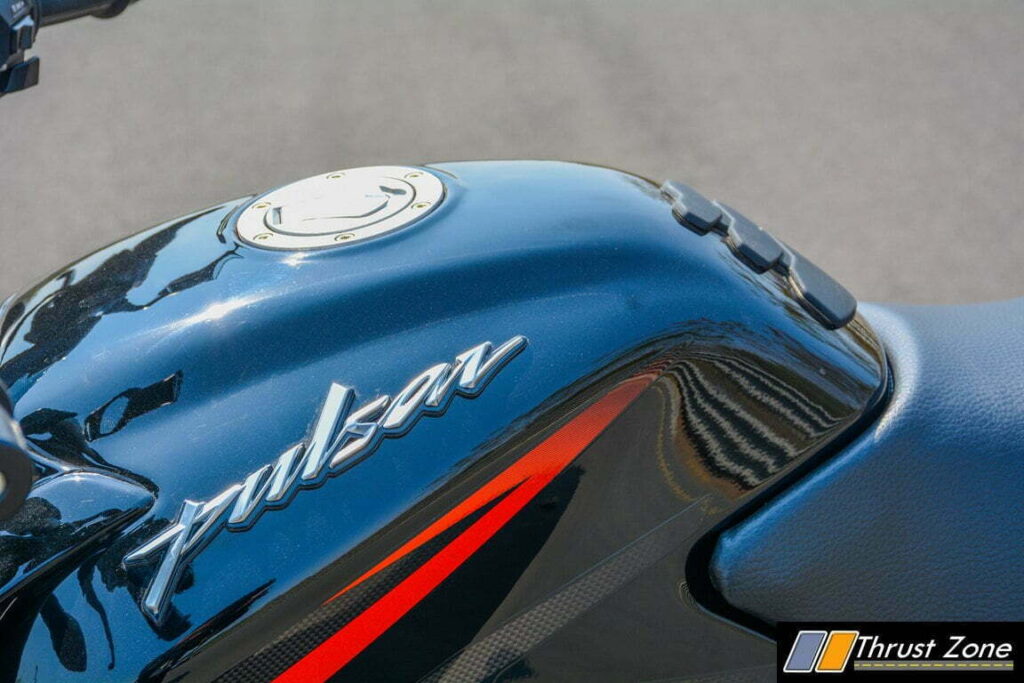 Today, that day is finally here and after extensively reporting on all changes, we are here testing the Pulsar’s at the Bajaj’s test track. The motorcycles lined up are the entire range. We begin with the Baby Pulsar which gets more commuter-ish in its approach, but at the heart, it remains fun to ride says Bajaj. We have used the Pulsar 135 LS in the past for 2.5 years as our long term bike and today, we put it through its pace at Bajaj’s test track to tell you how it has evolved. 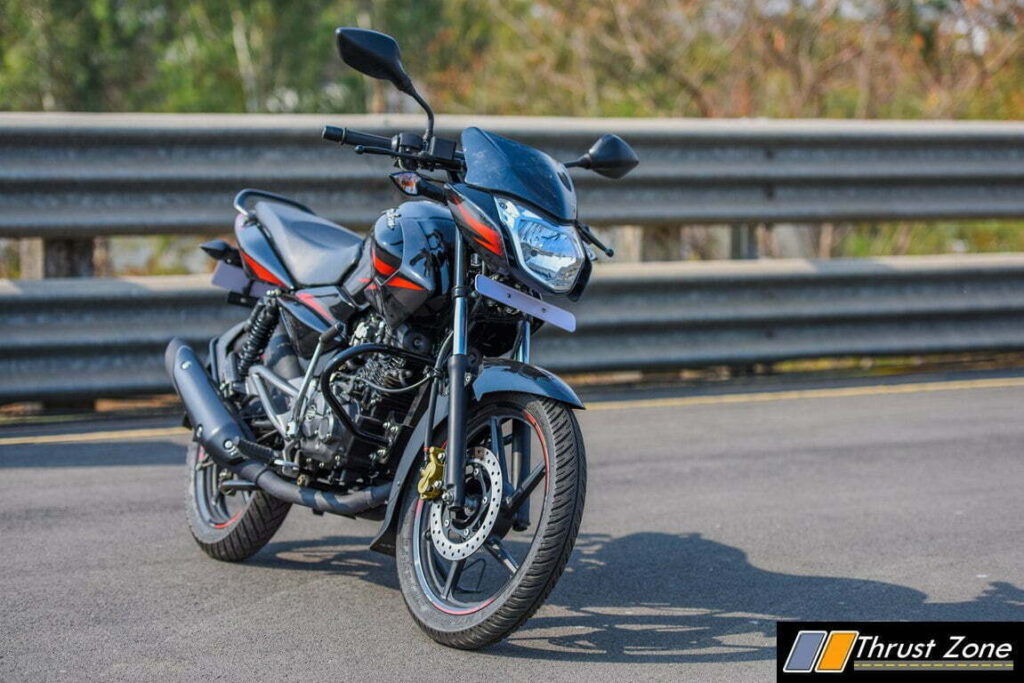 Styling wise, major change can be seen that is done to the front visor which is now larger. There are new laser edge stickers on the motorcycle to make it look apart. Split seats and grab rails have been replaced with one piece units. The colors, the cycle parts, exhaust, the tank extensions, the aluminum number plate and ever other things remains the same. The only change apparent for all Pulsar’s in 2017 range is grey/silver color crank case. The P135 now gets a chunky 3D emblem Pulsar sticker on it as well. Overall, it looks sharp, edge, little and yet muscular and appealing to attract all kind of customers. 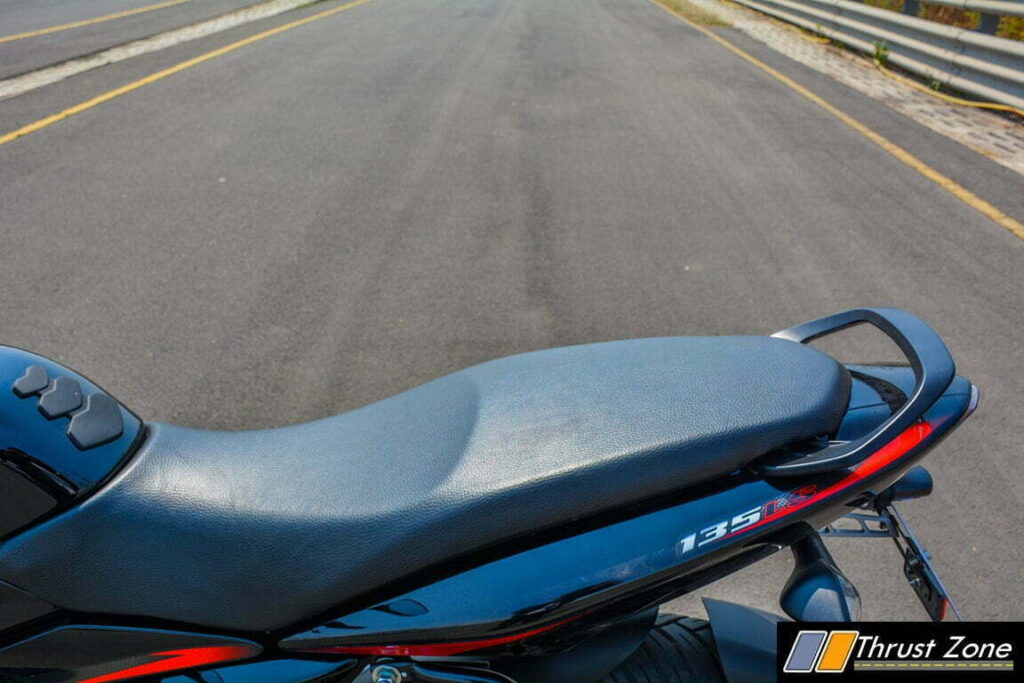 Ergonomically, you get the small and narrow clip on handlebars along with the upright and tall riding position with the clip-ons placed lower. The rear set footpegs and low seat height all helps make it an ideal entry-level performance motorcycle when it comes to riding position. Mirrors are the best in the Pulsar range and they continue to do so. 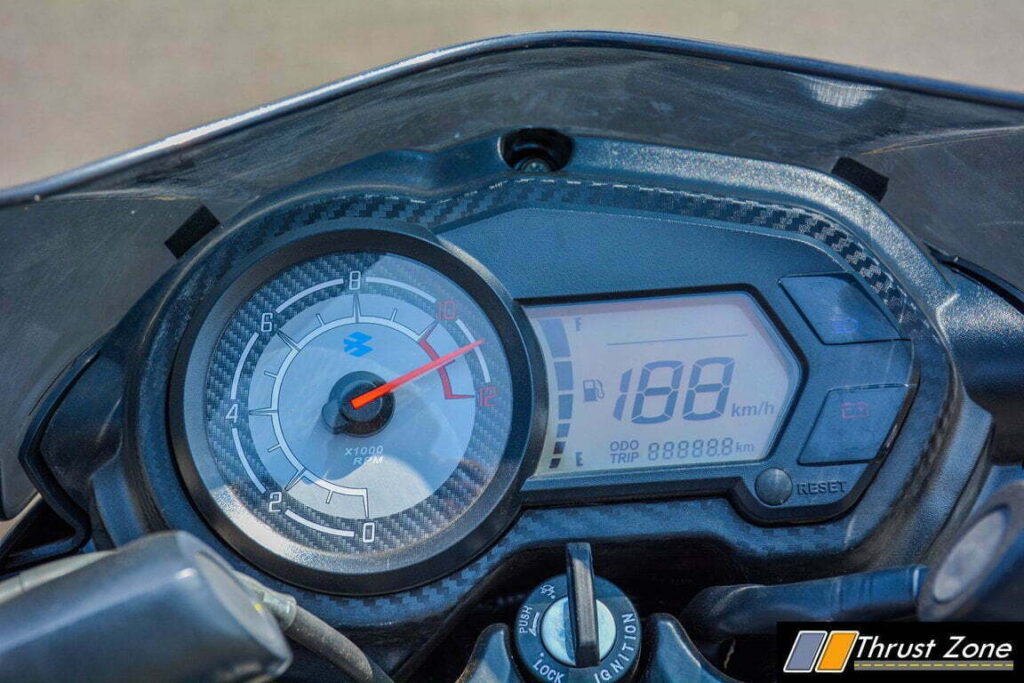 Switches continue to be the same for now. Couple of months later, it will get the AHO DRL which means the headlight button will be gone. Speedo gets a refreshed look as the tachometer gets a new background. The digital meter remains the same showing fuel gauge, two trip meters, all tell-tale lights and an odometer. The entire area gets faux carbon fibre housing as well. The absence of clock, service indicators continue with the bike. 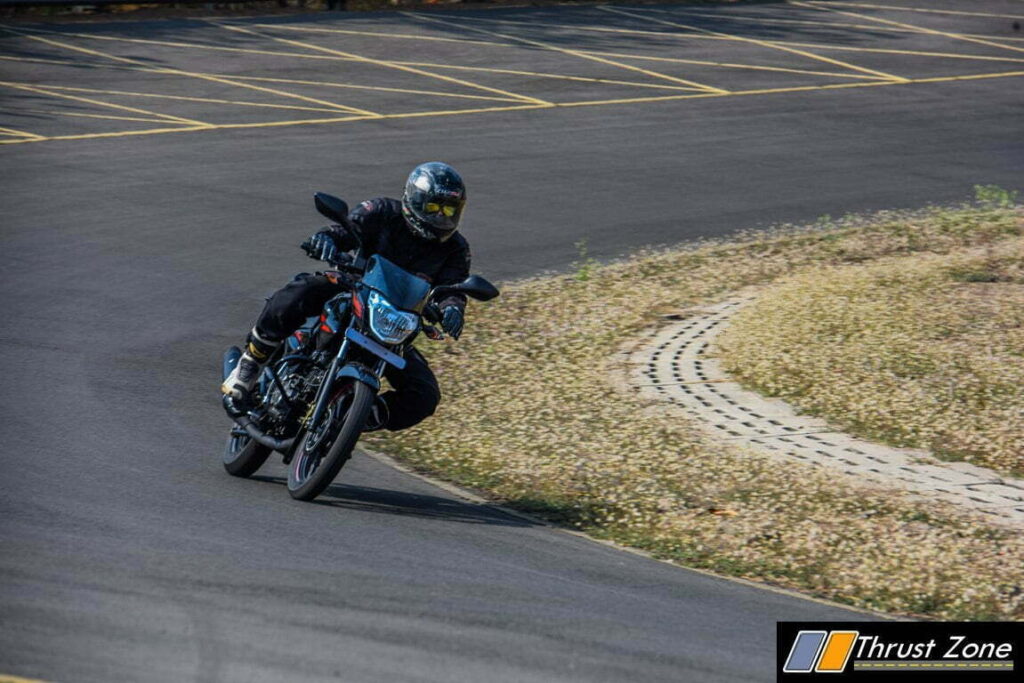 The engine is the same 135cc unit which makes 13.5 PS and 11.5 Nm of torque from its air-cooled 4-valve layout. This was Bajaj’s first under square engine from the past and now the new P150 also joins the gang. The immediate notice with all engines are the throaty sound track that they offer. The engine is smoother and the level of refinement are on offer is very high. We were at the track and pushing the motorcycles hard and there wasn’t a time where we felt the vibrations were playing spoil sport. The engine just got more linear, free revving, smoother and more joy to extract every single horsepower from the motor. 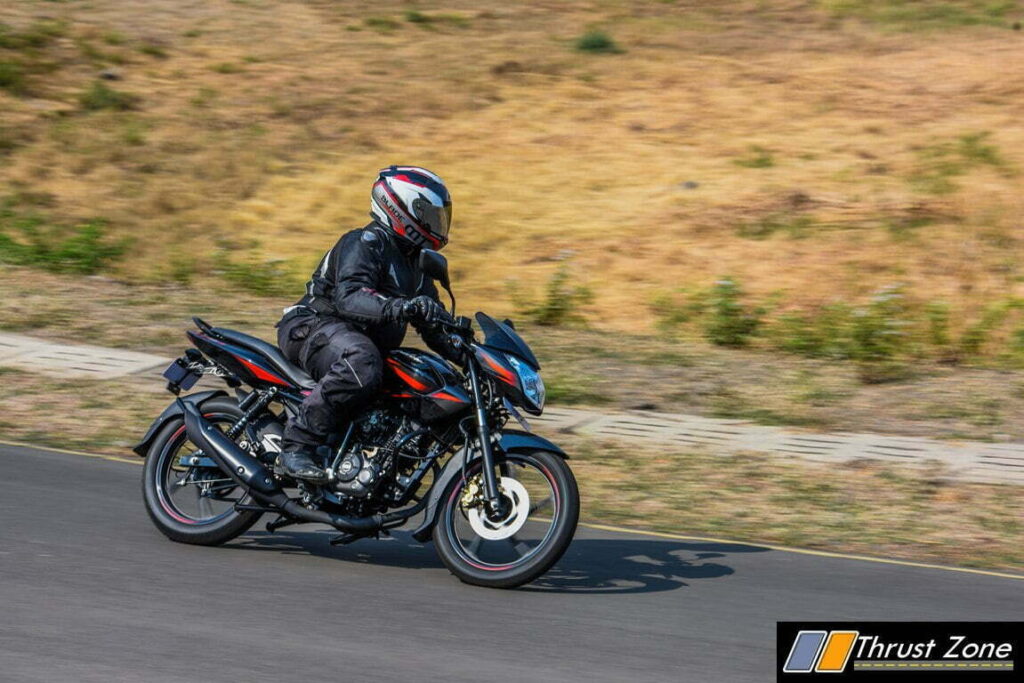 Bajaj says this happened due to new ignition system which runs 5 maps instead of two of the past. Load sensor, throttle sensors along with playing with the inlet and exhaust ports allow for all this refinement. The gearbox has been also tweaked and the gear shifts are precise, the clutch is light and progressive. 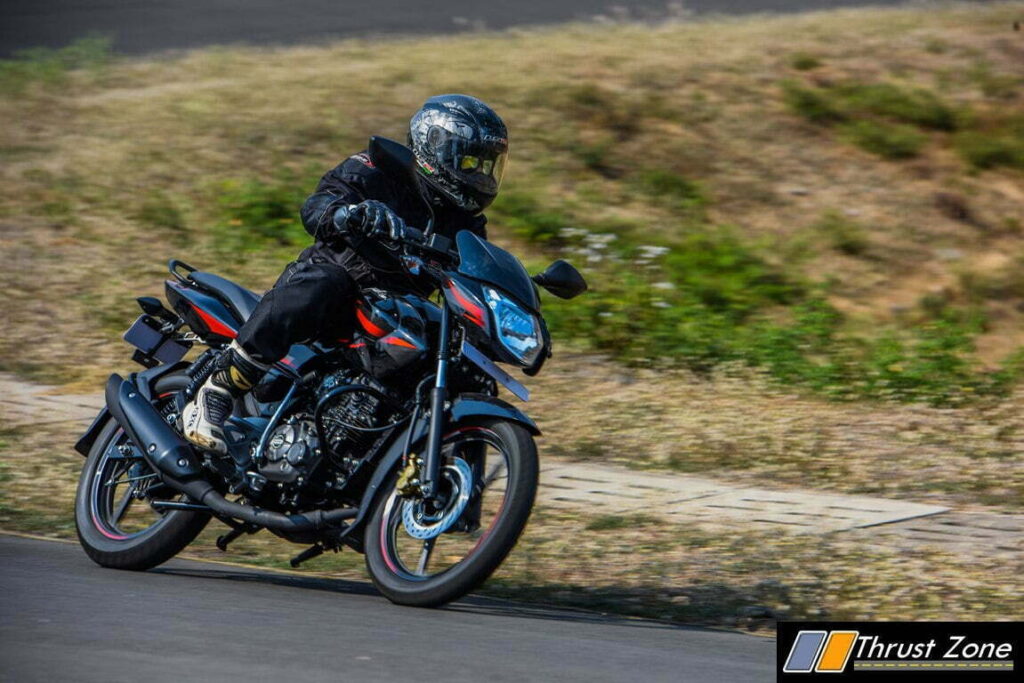 The low-end has improved and the mid range along with top-end from this motorcycle continues to be stellar as it offers the right balance. The underdog motorcycle has everything to offer with its clever gearing and other aspects on offer. Infact, you can also expect it to deliver around 55 km/l with a healthy amount of performance that is on offer. The motorcycle can do a top speed of 120 km/hr if you are lucky with large stretch like we did. The motor is definitely now the highlight than even before as the changes make it an attractive proposition for its target audience. 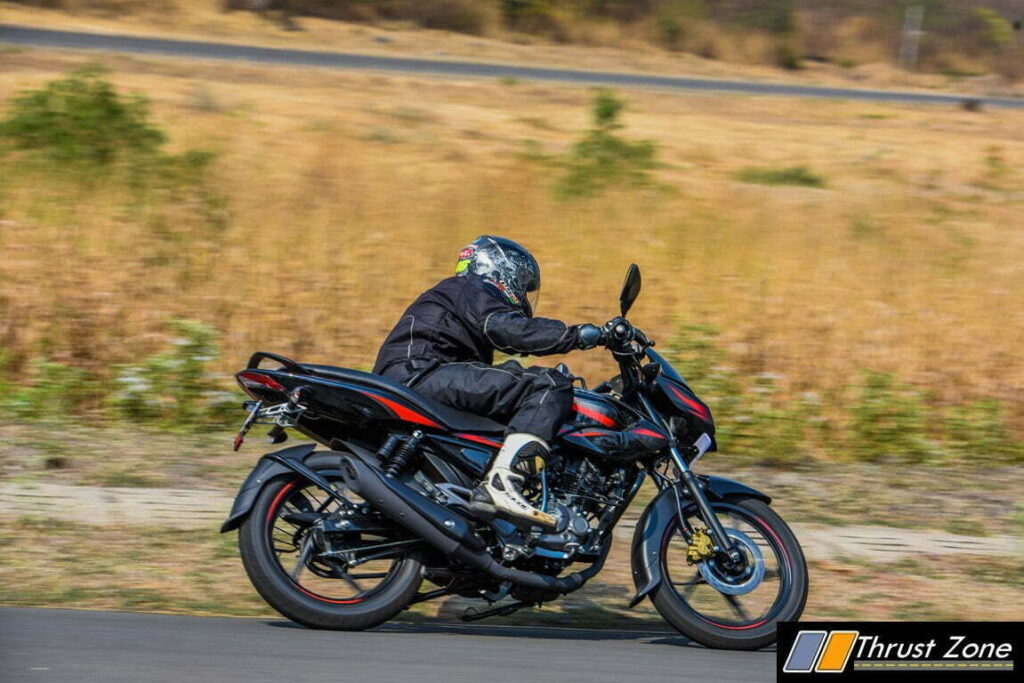 This is the only Pulsar with a single downtube diamond frame, rectangular swingarm which offers exceptional rigidity, agility and nimbleness which the other bigger Pulsar’s just couldn’t offer. Today, the game has changed with the old Pulsar’s but this little underdog continues to shine. It is unfortunate that the cornering clearance is down because Bajaj has to change the side stand position and already, the main stand scrapes at high lean angles at the track. 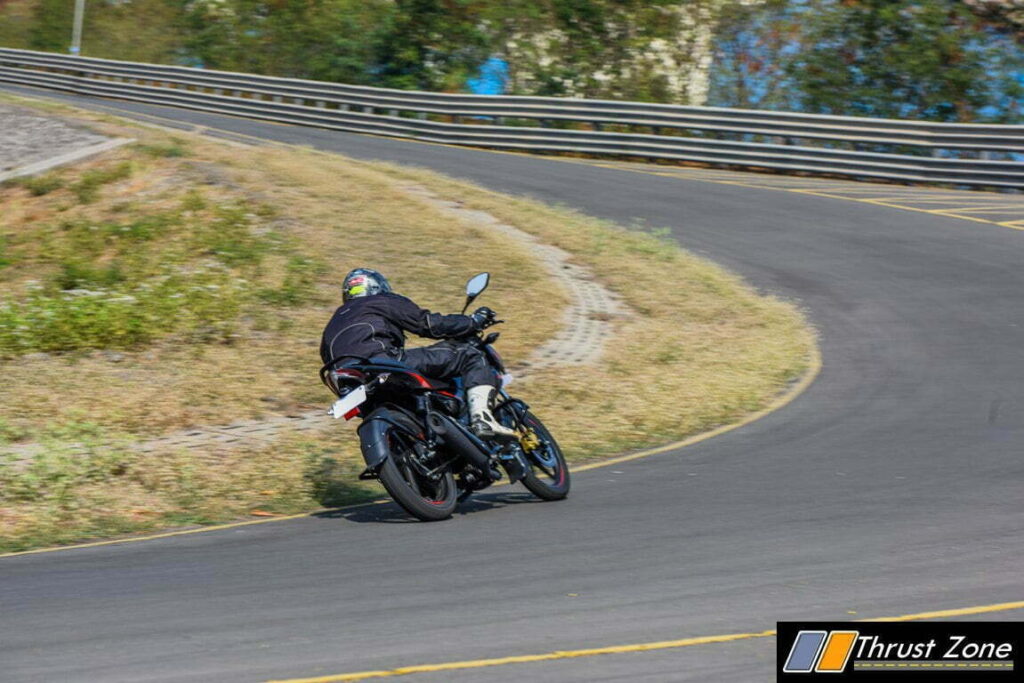 On the road, nothing of this should be an issue as Bajaj has tested for the same. We did try our best not to scrape but the chassis is so good that it forces you to ride it harder. As a long-term bike of ours from the past, we were instantly familiar and were loving the memories it brought along with the new fantastic motor which is on high on refinement. The Pulsar 135 LS is a segment best motorcycle which offers practicality and performance. Ride quality, grip from MRF tyres and solid braking performance with decent feedback from the front lever makes it a bike that leaves little or no room for criticism. 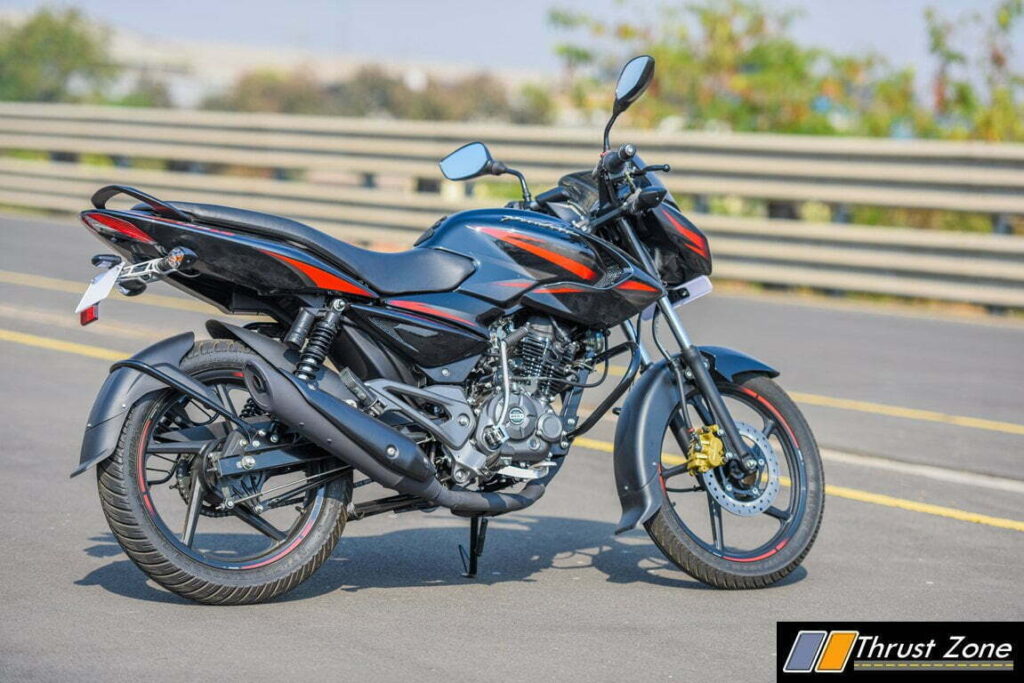 So with the new positioning of the Pulsar 135 as mentioned before, who does the Pulsar 135 belong to in the market? A person who wants more performance and a commuter at the same time who is upgrading to the premium segment without going high on capacity. Bajaj has given it everything what the customer demanded in clinics held by them and this should be help them bring some sales from the domestic market as it has been bit lower when compared to huge sales in the foreign markets. 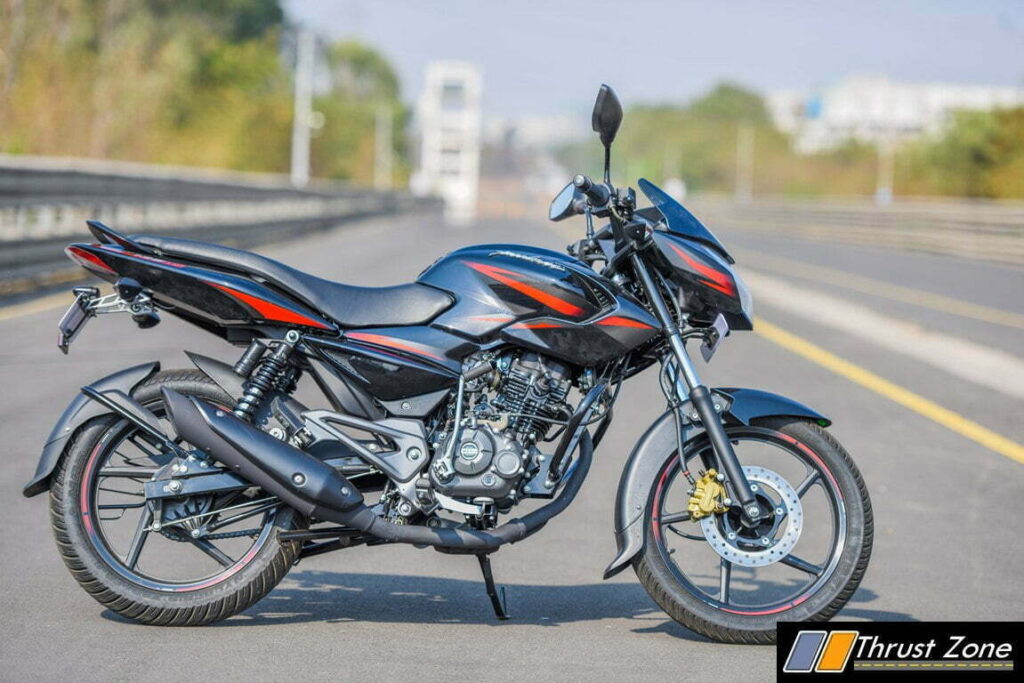 The Pulsar 135 LS is one big underdog and a test ride of the same should help prospective customers decide to get it immediately or think about and get it later on. The Pulsar 135 LS breaks conventional barriers, offers intense value and has Bajaj’s unique approach cemented into it. All of this does make it a winning package in our books back in the day when it came for the first time and even today.