Dominar Domviel Kit By Autologue Has Four Things To Make It Look Like The Ducati Diavel!! 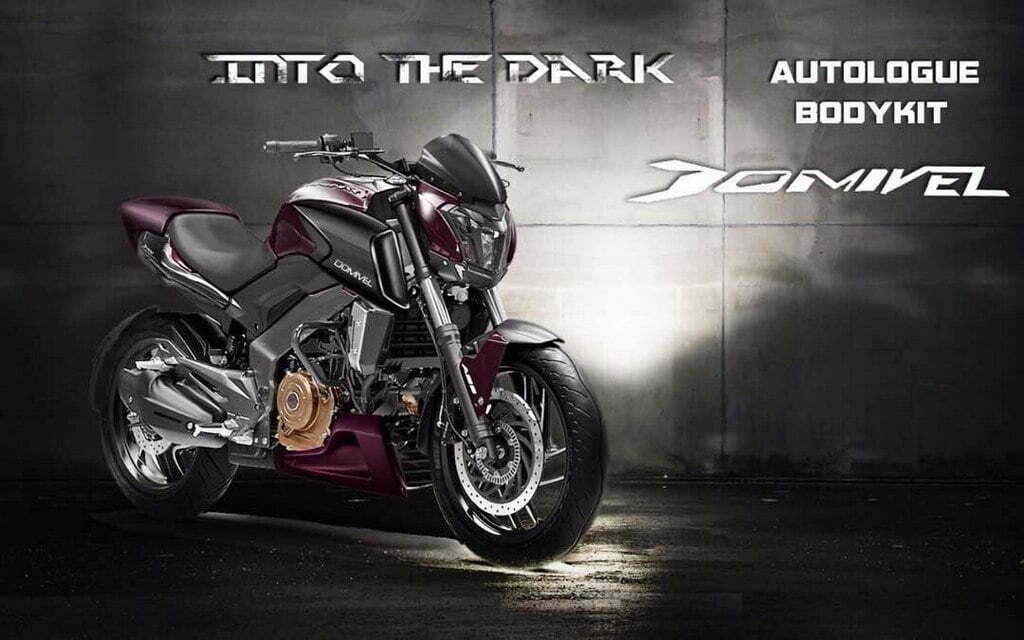 Dominar Domviel Kit is designed while keeping Diavel kept in mind, a bike which Dominar draws inspiration from

Dominar 400 is a runaway success for Bajaj. Four digit numbers in sales just within six months of launch excluding exports speaks a lot. The Dominar fraternity on social media is buzz with modification, its ownership and many more related items post sales experience. It is obvious that tuning houses will make sure they cater to the market which exists and is growing rapidly. Autologue as we know is known for the same. The custom house which makes specific parts for motorcycles and modifies them completely is gaining traction because of the work they do, which is actually rewarding to eyes. We have seen it before largely with the KTM motorcycles which are also the highlight in the performance motorcycle scenario in the country.

Autologue has done it again and it is calling a new kit of modified parts for the Dominar, the Domviel Kit. The kit includes four important things which change the look and yet keep the essence of the original styling in the background. The kit includes a tail tidy which makes the bike look much more focused. The seat cowl for the pillion seat makes it look more racier and is quite a chunky unit as the seat is large. The highlight here is the boxy tank shroud which is being made available for the Dominar. The Dominar 400 then very much look like the Diavel and we think it rather good as well. The image generated by Autologue folks is a graphic one and real pictures aren’t available, but we are sure it almost a replica of what we see here. There is a picture of a prototype version, which should give you a fair amount of idea too.

This Blue and Black Wrapped Dominar 400 Deserves Your Attention Because It Looks COOL!