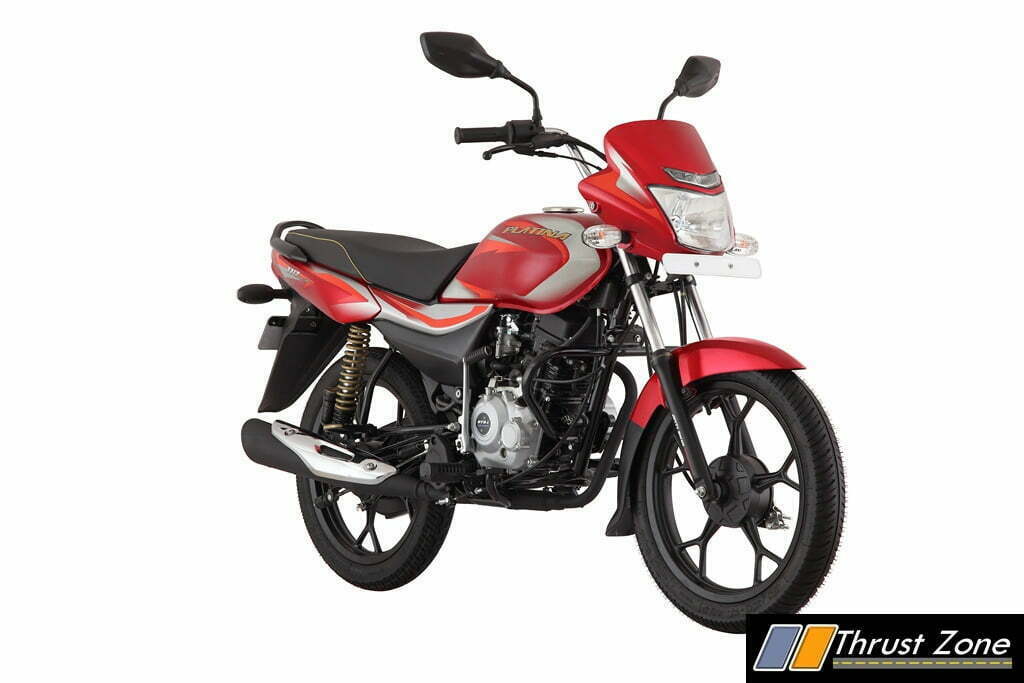 Bajaj has launched the new Platina 110 into the Indian market. It gets a revised engine, suspension and brakes to make sure it meets all government norms before the year 2019 for safety.

The design continues to be the same as the Comfortec variant in the past. The motorcycle gets a large headlamp cowl with LED DRL on it which is the main distinction of the bike just like the previous version. The color scheme used is gold and black which is also traditional Platina.

The single downtube frame continues and so does the front telescopic front suspension. The motorcycle, however, gets gas charged upside down rear springs which is a segment first and compensates for the better and powerful engine on offer. Brakes continue to drum at both end but it gets combined braking system, a Bajaj first which will now make it many bikes below the 125cc segment.

The motor is the same as the Discover 110, which means its the same 115cc motor making 8.6 PS and 9.81 Nm of torque from its 2-valve air cooled motor. The engine is mated to a 4-speed gearbox. Claimed mileage is 80 km/l.

As the name suggests, it comes with CBS as standard along with LED DRL which also support the same cause.