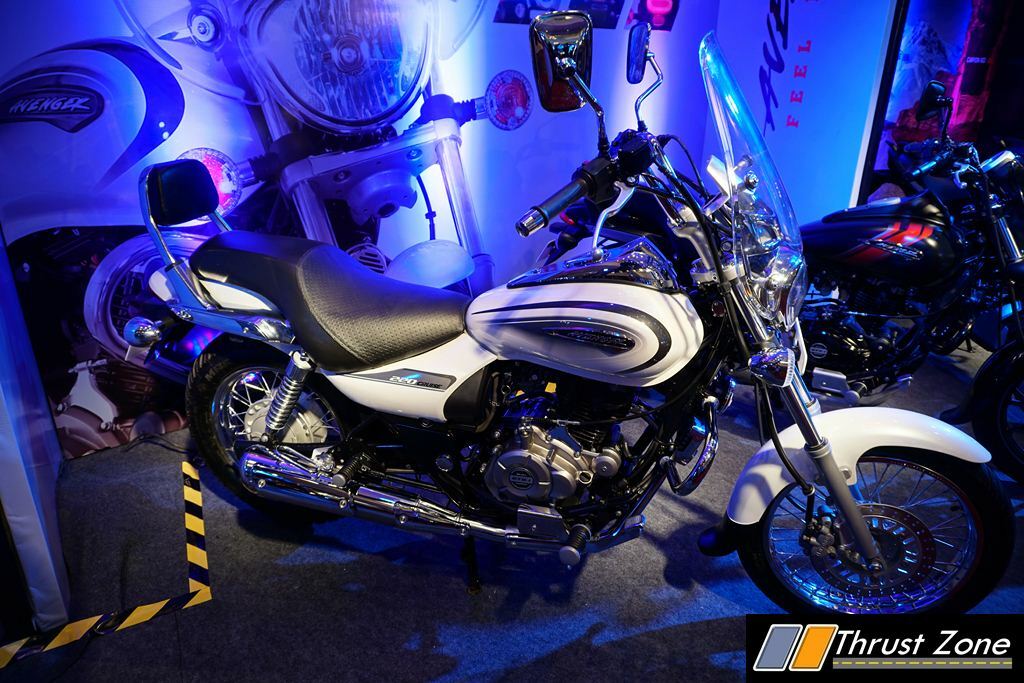 2018 Bajaj Avenger 220 Street has been given a mild facelift to keep it going against the threat from upcoming and new entrant, Suzuki Intruder

Bajaj has big plans for 2018 and it is going, to begin with, the same in the next week. The launch seems to be on schedule and should happen in first of the second week of January 2018. The manufacturer is tight-lipped about every aspect of the new bikes that are coming out. However, we have managed to get you all the details since Christmas 2017.

Bajaj making a 400 DOHC engine, 110 motorcycle and new Avengers were on the card. We have shown you the 110 Discover and Dominar new’s colors. The 150 is going to be discontinued and 180 is going to replace it in the coming months so no pricing is available on that. Bajaj is offering massive discounts at dealer level for existing stock. Let’s look at the details we have for you from Bajaj as they have been officially announced. We had already leaked the prices for you and the prices Bajaj has sent are identical.

Read this too: Bajaj 110 Discover launched along with refreshed Discover 125

The new cruiser gets a brand new headlamp cluster which has the aluminum finish around it. There are gators on the front forks to give it the retro/modern feel. The side panel has been revised, the tank has seen minor changes and so has the tail-lamp. Tail-lamps are LED units as well. The Avenger Street 220 also has a very Harley like inspired cowl on top of the headlamp. There are pinstripes on the rims. The decals have changed and they are similar to the pattern on the V series of bikes.

The chassis is the same as before with mild tweaks all around. The front forks are going to be telescopic and rear is going to have a twin shock setup. There is a 12% increase in suspension travel.

The speedometer is an all-digital unit and other digital units are seen on the tank as we have told you in the past. This should give it an edge over its rival, the Intruder.

The engine remains the same in terms of numbers and power as the previous model. The 220cc air/oil cooled motor 2-valve motor will make 19 PS of power and 17 Nm of torque. The motor is the same BSIV compliant seen in the year 2015.

Datsun Cross Crossover Unveiled – Could Come To India In The Future