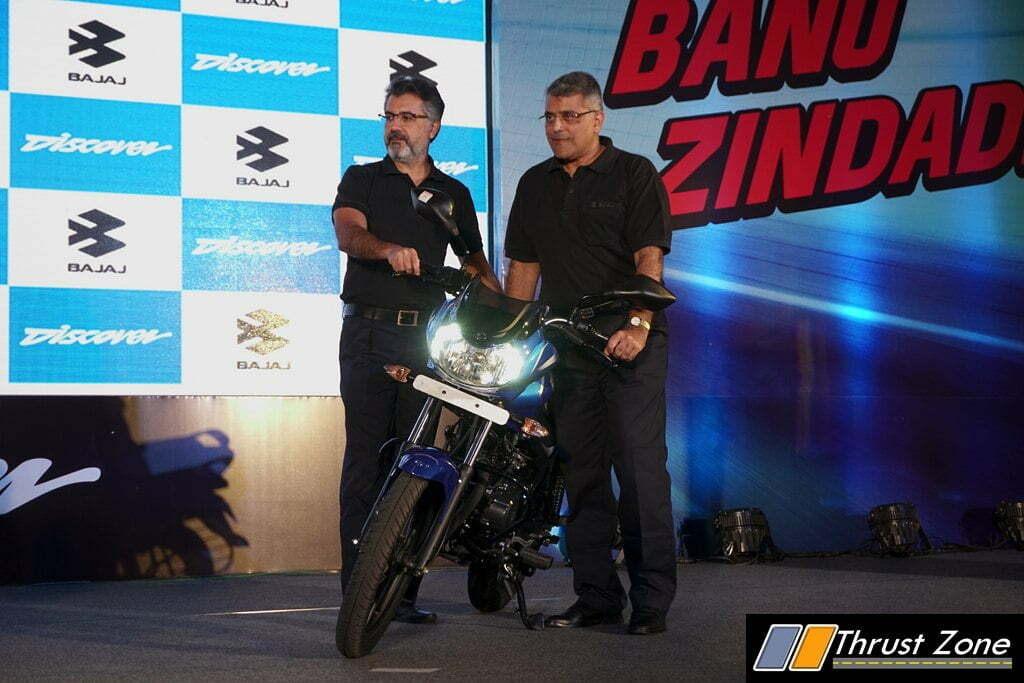 2018 Bajaj Discover 110 and Refreshed Discover 125 launched in India. Bajaj claims mechanically, the motorcycle is all new and far more superior

110cc motorcycle from Bajaj was something we told you was coming a couple of weeks back. Bajaj wants to enter a premium 110cc motorcycle market where TVS and other rivals are doing really well. The manufacturer is using the trusted Discover commuter brand name to strike the right cord. The Discover 110cc motorcycle isn’t new to the world of commuter as it already existed in the past.

However, with revised styling which includes black color elements lower half of the motorcycle such as forks, wheels and engine. Earlier they were white which can also be seen on the BSIV 2017 Bajaj Discover 125. The 110cc is exactly the same as the 125 Discover which is on sale except for some cosmetic changes that have been passed on to the 125cc variant. The new instrument cluster is here which is part digital and part analog. There is a tachometer as well which marks a significant aspect in every commuter motorcycle. The led lights at the front make it stand out in this segment.

Bajaj will offer the same 125cc engine that it already has on the Discover with minor changes. However, the 110cc is making a come back from the past so we expect major changes to the engine and numbers. We see the 110cc Discover with a with a 4-speed gearbox which makes 8.5 PS of power and 9 Nm of torque from its 2-valve engine which comes with DTSi. The 125cc 2-valve DTSi motor has been continued to be the same as the current one in terms of numbers. Discover 125 motor produces around 11 PS of power and 11 Nm of torque.

Bajaj finally has a complete lineup, just like its rival, amid the with the usual distinction. The Platina and CT100 are basic motorcycles which will offer fuel economy in spades while offering nothing else in abundance. The V12 and V15 series are premium commuter with a fantastic market campaign backing it.

The Discover is back in simplest avatar but becoming more premium offering and standing exactly in front of its rival. Hopefully, this is the first time we will witness more launches and less discontinuation of products. Something that should help the brand increase much-anticipated sales number.