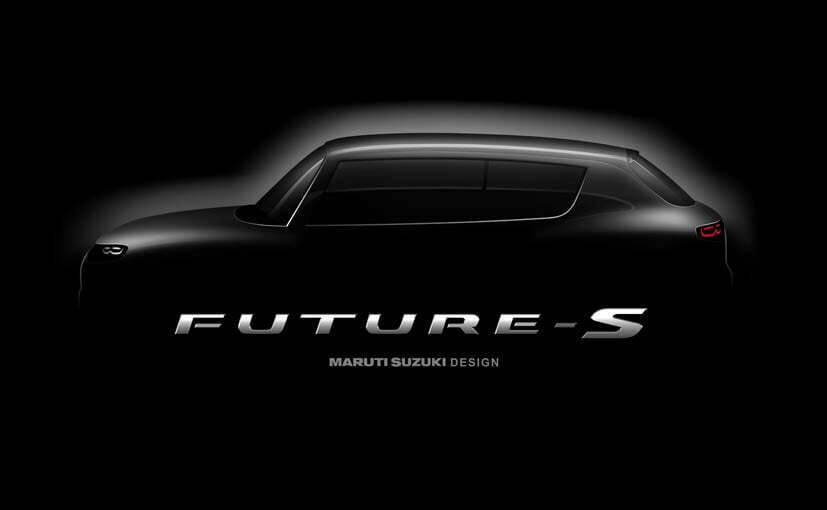 Maruti Future S Concept Is A Micro SUV That Could Be Kwid Rival and Platform For Next-Gen Ignis, will be showcased at Auto Expo 2018

Compact SUV’s, Ah, we just love them. Ever since the compact SUV trend was introduced in the Indian market, they’ve topped the sales chart. And why shouldn’t they? These SUV’s are practical, spacious, they ooze with flair and style and come with great features too. One of our market’s leaders Maruti Suzuki joined the party recently with its Vitara Brezza. This compact SUV was their trump card against the likes of the Ford Ecosport, Hyundai Creta, Renault Duster and the recently launched Tata Nexon.
Now Suzuki is upping their game with yet another compact SUV, this time a concept. This concept car christened the ‘Future S’ will be globally revealed at the Auto Expo 2018, which will take place in Greater Noida in the first week of February.

The Maruti Future S will be an all-new car and will sport fresh styling and an eye-catching design. According to Suzuki this ‘represents the next level of evolution’. Suzuki’s teaser sketches hint at a design which is quirky, to say the least. It’s compact two-box shape, muscular side profile and an upright stance is hard to miss. What completes the overall silhouette is the swooping rear; clearly, this car isn’t your average Maruti. It will be positioned below the Vitara Brezza, which is the lower end of the SUV segment. When launched, the car will lock horns with Mahindra’s KUV 100, Honda’s WRV.

This segment has seen some action in the past and according to C.V. Raman, Sr. Executive Director (Engineering) of Maruti Suzuki – That is where the market is evolving. He says “We have to see how much lower we can go below the Brezza, and this is something we are experimenting with in terms of proportions and design. But, it’s always a challenge to do this in the compact segment.” This segment represents a thin line between hatchbacks and compact SUV’s. Striking a fine balance between these two segments is important. The design has to be just right. One of the obstacles in the Future S’s design was its length.

The Maruti Future S is over 200mm shorter in length than the Brezza and Raman says “trying to get high seating, good legroom, and good visibility while balancing the proportions is quite tough but we feel we’ve managed to achieve this.” Raman also stated that seeking good customer is just as important and they are eyeing for large volumes in this segment. “It’s important to understand customer needs and know what he’s thinking and do a proper research going forward” he adds.

This Maruti Future S will be based on Suzuki’s lightweight ‘Heartect’ platform and may feature multiple powertrains some of which could even be electric! The K-series 1.2 litre petrol motor, with mild hybrid tech may power this car. Its future in-house developed 1.5-litre diesel could also find its way in the Future S. Can Suzuki’s recipe once again turn their fortunes? Well, we will answer this question once the production version of the Future S sees the light of the day.