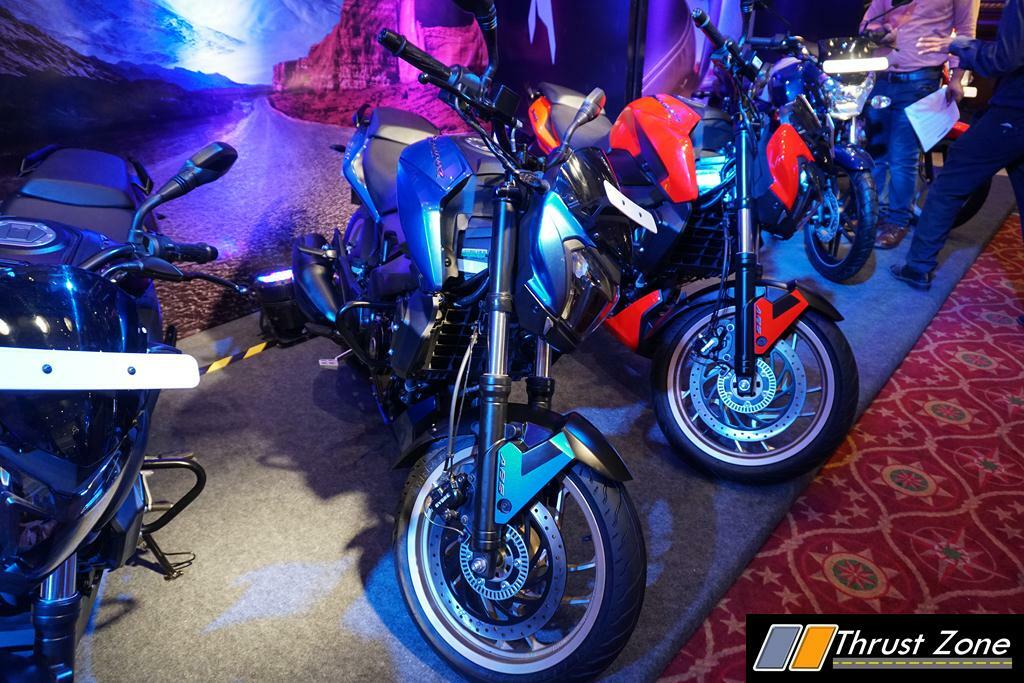 2018 Bajaj Models Launched their entire range of every brand in their portfolio. Prices for every bike remains the same.

Bajaj has refreshed the entire lineup for 2018. Just before Auto Expo, the manufacturer has gone guns and blazes to boost its sales of its popular models. The models showcased were launched earlier and the 2018 models offer something new in one way or the other to its prospective customers.

The Vikrant, which is the highest selling model has received a backrest for the pillion seat and continues to offer a new blue shade seen a couple of months ago. Bajaj also says that the refinement has been taken a notch above in the Vikrant v15 and V12 motorcycles.

The Dominar 400 2018 version gets golden wheels and Blue and Red color schemes. The manufacturer continues to offer it in matte black and rest of the schemes on the Dominar 400 such as Plum Red, Pearl White and Midnight Blue are discontinued. The Avenger series has received a minor facelift, nothing has changed mechanically and there is no ABS is on offer. The new speedometer on both bikes are digital but different as the Cruise offers white background and the Street 220 offers an orange background. Platina Comfortec with LED DRL was showcased. Prices for all motorcycles remain the same as before. Prices for the Avenger are to be announced.