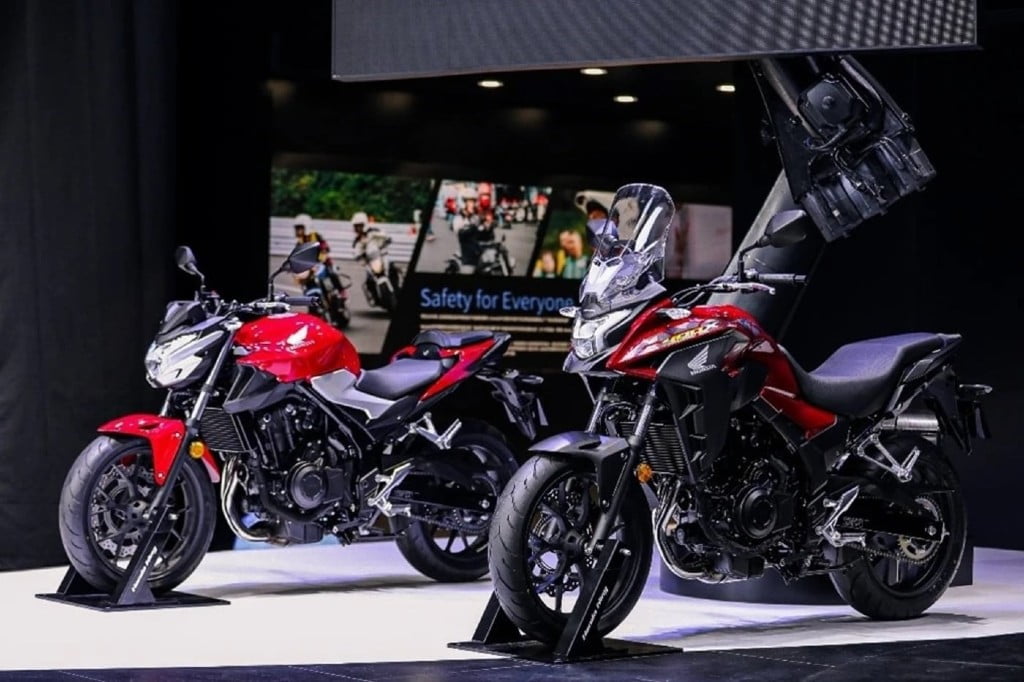 Honda has unveiled the 2021 CB400X and the CB400F motorcycles at the ongoing 2021 Shanghai Auto Show. The motorcycles are based on the same platform as the CB500 series but actually get lower displacement engines to meet the driving licence regulations in the Japanese market. Japan’s medium-sized two-wheeler driving licence permit only allows vehicles under 400cc, which is why the company has gone through the displacement-cutting exercise for its popular model line-up. So what exactly changes with the Honda CB400X and the CB400F? Take a look below.

The Honda CB400X, as the name suggests is a toned down version of the CB500X adventure motorcycle. The motorcycle does get design revisions for 2021 with new headlamp cluster and a smaller motor. The motorcycle looks immediately familiar and looks quite likeable too. The bike comes with all-LED lighting, a tall windscreen, step-style single seat for added comfort, and a large fuel tank. The feature list on the CB400X packs in the essentials including the digital instrument console, new decals, alloy wheels, long travel suspension, and dual-purpose tyres. The 2021 CB400X also gets a hazard light switch as part of the revised switchgear. 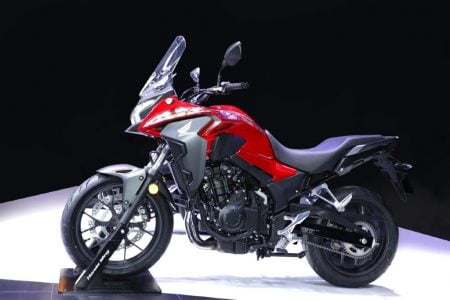 The new Honda CB400X rides on 17-inch alloy wheels, just like the larger CB500X. Power on the motorcycle comes from the 399 cc parallel-twin motor that belts out 44.8PS and 37Nm of peak torque. Compared to the CB500X sold in India, that’s 2.7PS and 6Nm less. The bike also gets telescopic forks at the front and a preload adjustable monoshock at the rear. Braking performance comes from single disc brakes at either end with dual-channel ABS. The CB400X has a kerb weight of 195kg, which is 2kg less than the CB500X.

Now, moving to the 2021 Honda CB400F, the motorcycle gets all the updates from the CB400X including the engine, suspension and braking set-up. However, the street-fighter puts up a more sporty appearance in comparison. The bike gets the new LED headlamp cluster with subtle new aerodynamics ducts surrounding the fuel tank. There’s also a split seat unit, complementing the muscular fuel tank. The bike gets a more upright riding posture that adds to the muscular look with the flat handlebar. The Honda CB400F has a kerb weight of 188kg.

The Honda CB400X and the CB400F are likely to be restricted to only those markets that have regulations around displacement. Meanwhile, India will continue to get the CB500X that was launched very recently. Internationally, the CB400X will directly compete against the KTM 390 Adventure, BMW G 310 GS, as well as the Royal Enfield Himalayan. The Honda CB400F will compete against the KTM 390 Duke and the BMW G 310 R.