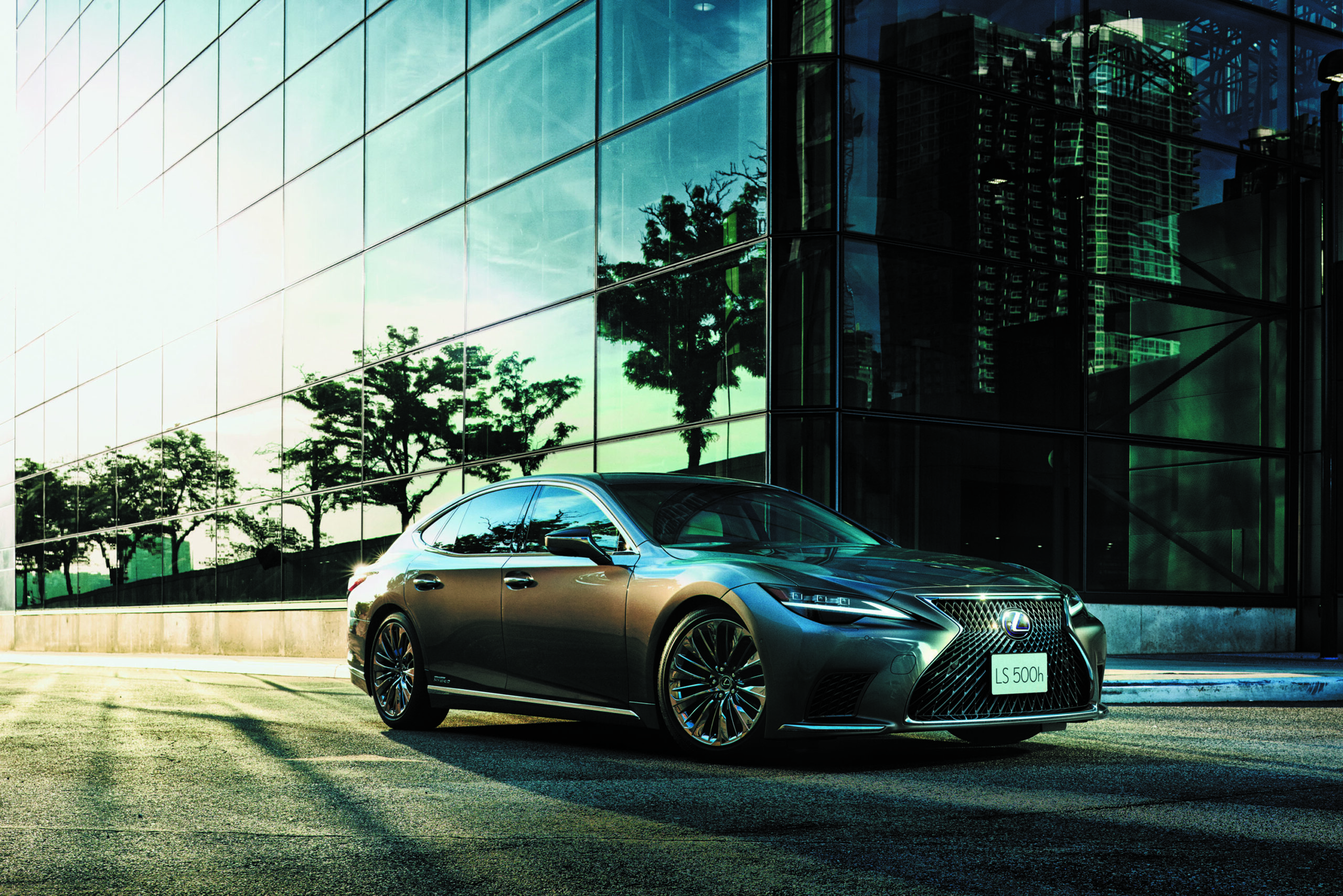 Luxury car manufacturer Lexus India has premiered a new variant of its flagship sedan LS; the 2021 Lexus LS500h Nishijin. Debuting in 1989, the first-generation LS built the foundation of Lexus with the high praise earned by its exceptional quietness and comfort. The model launched in India in 2018 with its daring coupe silhouette and the offering of an emotional driving experience. As the flagship sedan of the Lexus brand, it has gained popularity over a span of more than 30 years and in more than 90 countries and regions.

The new LS 500h Nishijin variant has interiors crafted with an expression of style and comfort that comes from uncompromising attention to detail and a unique collaboration involving traditional Japanese crafts. The car has always been a silent (pun unintended) S-Class rival with less attention drawn to it (not on the road). With the 2021 Lexus LS500h Nishijin variant things escalate to a rather magical level!

The interior ornamentation of “Nishijin & Haku” gets its inspiration from the ‘path of moonlight on the sea’ which is a mysterious natural phenomenon that can only be witnessed for a limited number of days before, after, and during a full moon. During this time, moonlight forms a long and narrow path on the surface of the ocean, and sparkles of light on moonlit waves captivate with delicate gradation.

The ornamentation is created by intricately weaving silver threads of ‘Nishijin’ brocade to express shimmering ‘waves’ and applying the extremely thin ‘Haku’ platinum metal foil reminiscent of ‘moonlight’ shining on waves. Through this exquisite craftsmanship, Lexus has aimed to provide a comfortable and high-quality interior atmosphere, as well as the unparalleled mobility experience, of a true brand flagship.

Lexus has also introduced updates to the LS 500h across its variant line-up. Operating convenience has been greatly enhanced by, among other features, the ability to control the display screen and audio functions by using an iPhone and Android™ smartphone linked to the 12.3-inch touch-operated wide display. The controls on the steering wheel and centre console have received an uplift for improved visibility and clear-cut impression and the model wears a modified bumper that expresses the excellence of the vehicle’s stance.

The updated 2021 Lexus LS500h is also available in a new exterior panel colour “Gin-ei Luster” – an extraordinary silver that delicately reacts to even slight amounts of surrounding light. Gin-ei Luster is applied using the latest paint technology, resulting in a smooth, mirror-like texture that is all but absent of a granular touch.

Mr. P.B. Venugopal, President of Lexus India said- “Following the positive response of the LS 500h in India, we are delighted to unveil the new Nishijin variant and improvements to the flagship model. These upgrades keep in line with the sophistication and craftsmanship of the Lexus LS 500h flagship luxury model and will deliver optimum performance with cutting-edge technologies while keeping in mind the environmental benefits and the sought-after comfort of our guests. We are excited to see the response to this new and luxurious variant in the Indian market.”