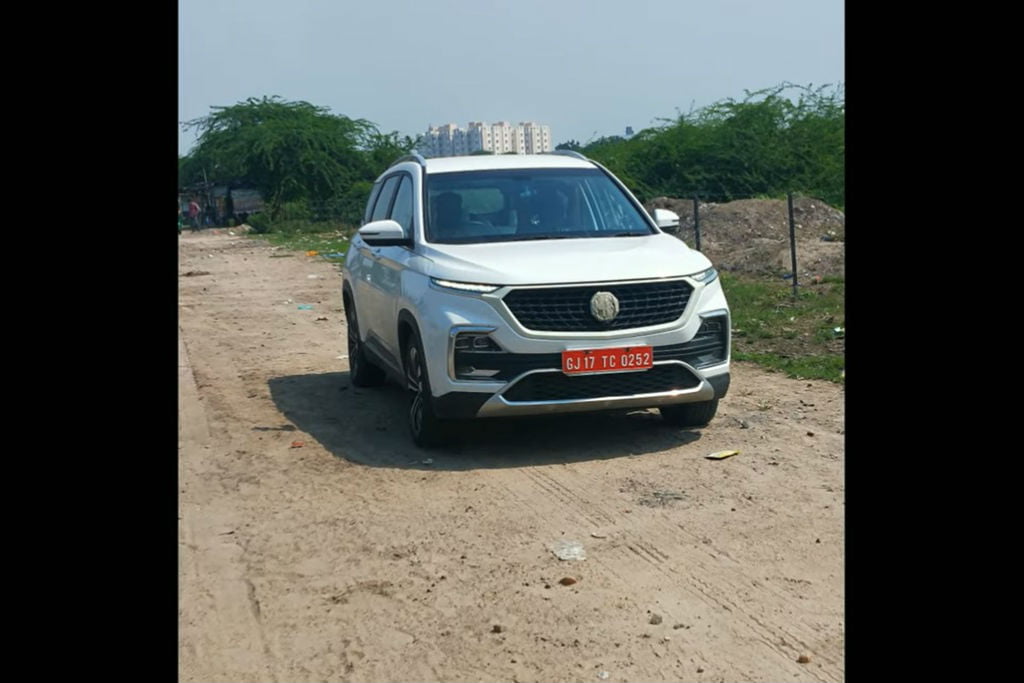 The MG Hector may just be a little over a year old in India but the Chinese-owned British carmaker is already readying the facelifted version of the SUV for the country. The new test mule of the MG Hector was recently spotted in Gujarat with cosmetic changes and we reckon this is the facelifted version of the brand’s first offering fro India. The MG Hector facelift could arrive as early as the first half of 2021 and bring visual upgrades to the SUV along with new feature additions in the hotly contested compact SUV segment.

The spy shots reveal a number of styling changes to the MG Hector facelift including a new mesh grille replacing the current pattern, while the grille itself is smaller and less imposing than the one on the outgoing version. The model also gets new alloy wheels, while the red bar on the tailgate connecting the LED taillights is now finished in black and chrome garnish. Other elements including the split headlamps, LED daytime running lights, brushed aluminium skid plates on the bumper, all of it remains the same. 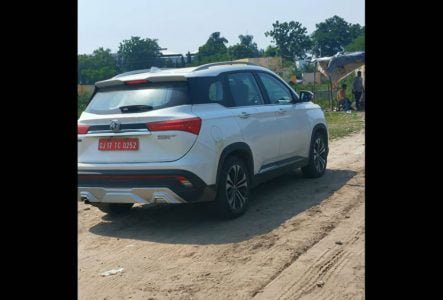 The 2021 MG Hector is likely to continue using the same powertrain options. This includes the 1.5-litre turbo petrol in standard and mild-hybrid forms, as well as the 2.0-litre FCA-sourced turbo diesel that develops 170PS and 350Nm of peak torque. The petrol engine is paired with a 6-speed manual and a DCT automatic, whereas the diesel only comes with a 6-speed manual transmission. This could also be a diesel automatic which MG lacks in its portfolio for the Hector.\ 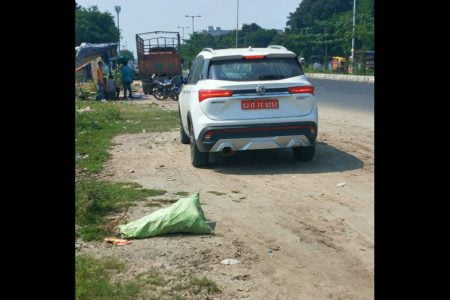 MG Motor India is expected to continue offering dual-tone variants of the Hector that were introduced recently, along with existing colours. The feature list could see an addition or two, while the user interface for the infotainment system could see an update, with the brand possibly rolling out an OTA update as well. The MG Hector is priced from Rs. 16.84 lakh (ex-showroom) onwards, and expect prices to see a mild hike when the facelift arrives next year.

The ultimate corner rascal: Hyundai i20 N Revealed To The World