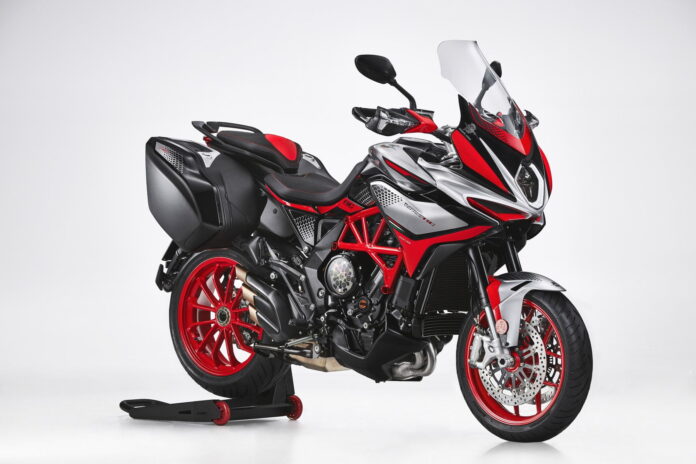 MV Agusta has revealed the 2021 Turismo Veloce range with several updates on the Italian adventure tourer. The motorcycle is available in four trims – Lusso, Lusso SCS, RC SCS and Rosso. The big update, of course, is the new Euro5 compliant engine for Europe that gets reworked internals, while the bike maker has also added new IMU-based electronics and a handful of upgrades.

The 2021 MV Agusta Turismo Veloce looks absolutely delectable as all MV bikes do. The sporty tourer is a head-turner in every sense with a striking road presence. For the 2021 model year, the bike gets a taller windscreen that offers better protection against the wind. The seat height has also been lowered by 20mm that required redesigning the central section. The bike maker has also revised the foam density to improved comfort over long distances.

The 2021 MV Agusta Turismo Veloce also gets new colour schemes to add to the over flair. Each new colour option is specific to the variant. The Reparto Corse gets a paint scheme inspired by MV Agusta’s racing division. On the other hand, the Turismo Veloce Lussi, Lusso SCS and the RC SCS get the Sachs semi-active suspension setup. The SCS stands for Smart Clutch System and offers seamless shifts. This version also gets panniers on the motorcycle as a standard fitment. The base version gets a manually adjustable suspension instead, and also misses out on the centre stand and heated grips that are seen on the higher-spec variants. 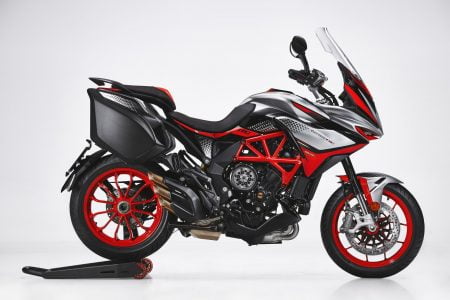 Power on the 2021 MV Agusta Turismo Veloce comes from the 798cc in-line three-cylinder engine that develops 110PS. The motor is now Euro5 compliant and gets a counter-rotating crankshaft. In order to meet the new emission norms, the engine has got DLC-coated valve tappets, sintered valve guides, new fuel injectors and a revised exhaust collector system. The bottom half of the engine gets new crankshaft main bearings, along with piston rod bearings and countershaft bearings for reduced friction.

The 2021 Turismo Veloce’s motor also gets new intake funnels for better low and midrange power, and the gearing has been reworked to keep the engine power at low revs when cruising at high speeds. The 6-speed gearbox does come with a bi-directional quick shifter.

On the electronics front, the new Turismo Veloce is equipped with a 6-axis IMU that brings a whole safety net with it. This includes lean-sensitive ABS and traction control. There’s also multiple ride modes and a new 5.5-inch TFT instrument console with Bluetooth connectivity via the MV Ride app. The app also brings features like turn-by-turn navigation, satellite tracker, recording of the ride route and more. 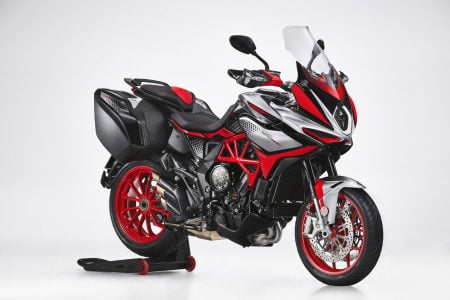 The 2021 MV Agusta Turismo Veloce will roll out in Europe and other parts of the world in a few weeks from now. There’s no word on the model making its way to India considering the company is yet to find a local partner for sales and distribution. The last we heard from MV Agusta was in 2020 when the company said it was looking for a new partner in India ever since the Kinetic-backed MotoRoyale closed its doors.