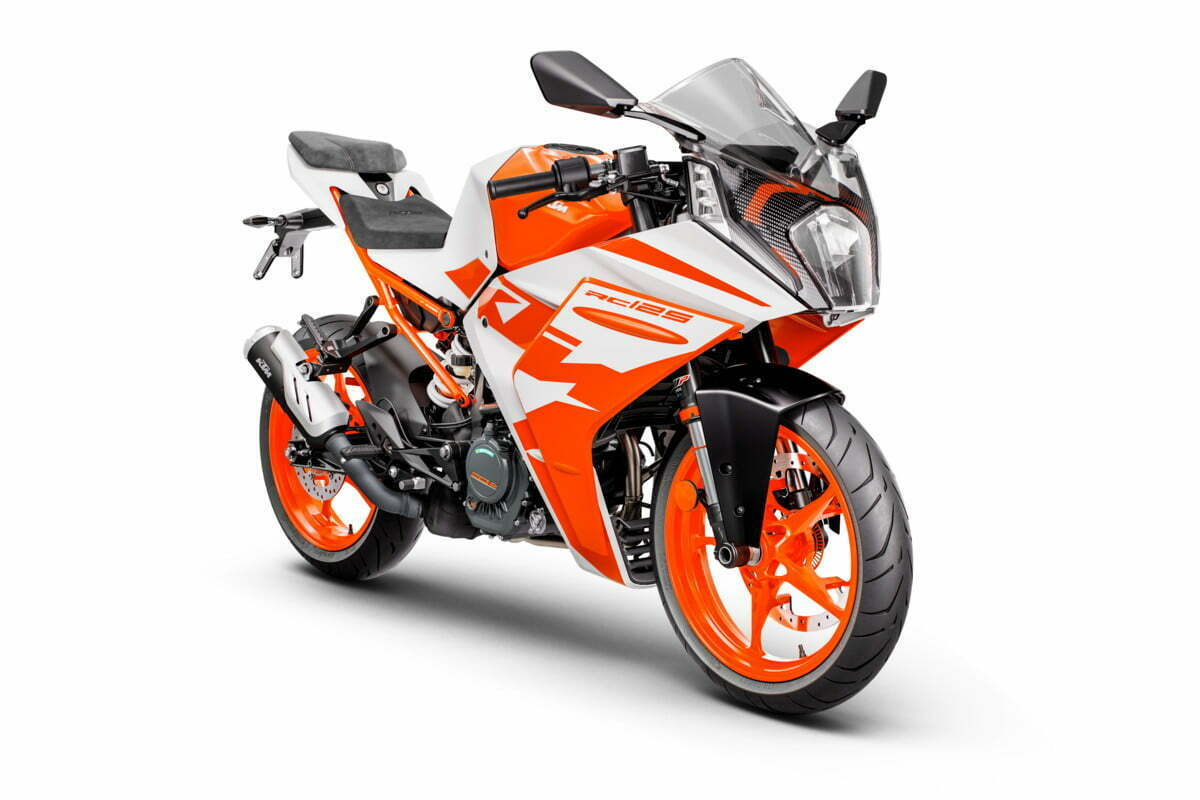 KTM AG pulled the wraps off the 2022 RC 390 recently, and not too long after, the RC 125 and the RC 200 also made their global debut. No points for guessing, all three models are made in India and exported to the world and will go on sale in India as well sometime around March next year. While we’ve already told you in detail about the new RC 390, let’s take a look at the 2022 KTM RC 125 as well, which will remain the most affordable offering in the KTM full-faired range. Of course, these are details about the international-spec model and the Indian-spec version could miss a feature or two when it arrives.

Starting with the design, the 2022 KTM RC 125 gets a completely new face and fairing. Its the same design as the new RC 390 and includes the single-pod LED headlamp replacing the twin-projector lens headlights. There’s also the fairing-mounted turn indicators at the front, a sharp side fairing and a larger 13.7 litre fuel tank. KTM has revised the tail section on the bike that also gets a new subframe, which has helped the RC 125 lose about 1.5kg over the current version. The bike weighs about 147kg. 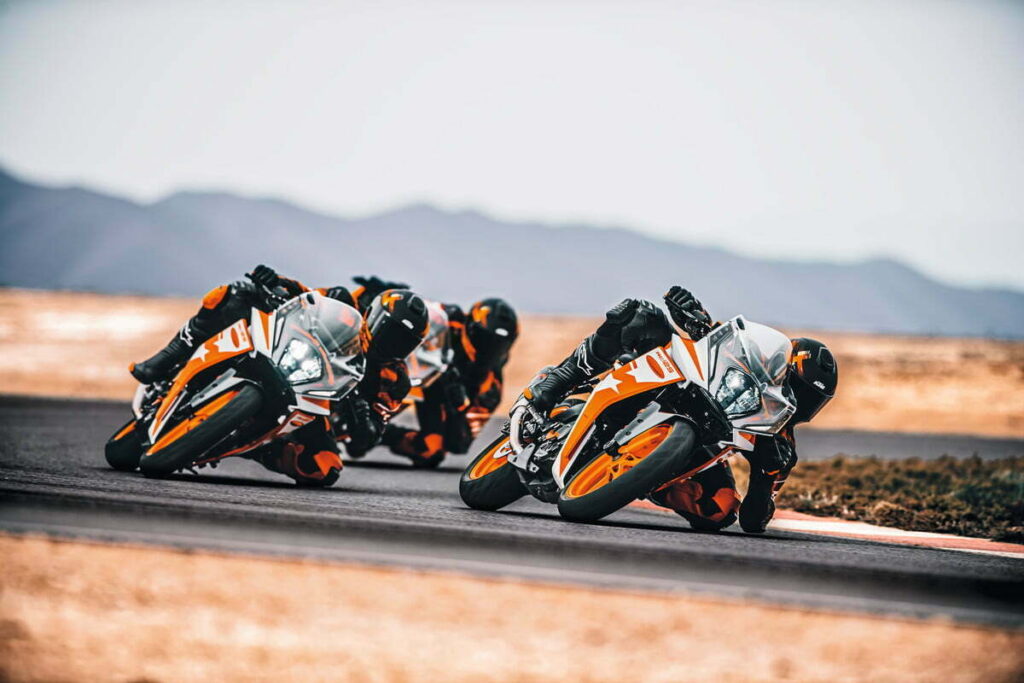 KTM has also upgraded the instrument console the new RC 125 to a full-TFt unit that also comes with Bluetooth connectivity. This will allow the motorcycle to be connected with KTM My Ride smartphone app with the console displaying calls and messages. In terms of colours, the bike will be offered with Black and White paint schemes with the trademark orange shade as the base layer. The RC 390 meanwhile, gets the MotoGP-inspired blue and white colours with the orange that definitely looks stunning.

The KTM RC 125 will draw power from the same 124.7cc single-cylinder, liquid-cooled engine that develops an impressive 21PS on the international version. That’s a big step-up from the older model’s 15PS of power. Peak torque stands at 12Nm, which is nearly the same as the older model. The engine is paired with a 6-speed gearbox. Other cycle parts remain the same including the 43mm WP Apex USD front forks, and a monoshock at the rear. The bike also comes with 320mm front disc brakes with radially mounted ByBre calipers. The rear gets a 230mm disc brake with a single piston caliper. The motorcycle comes with the Bosch 9.1 MB dual-channel ABS with Supermoto mode that disengages the safety feature on the rear wheel. The 2022 KTM RC 125 has limited competition and will primarily compete with the Yamaha YZF-R15 in the segment.