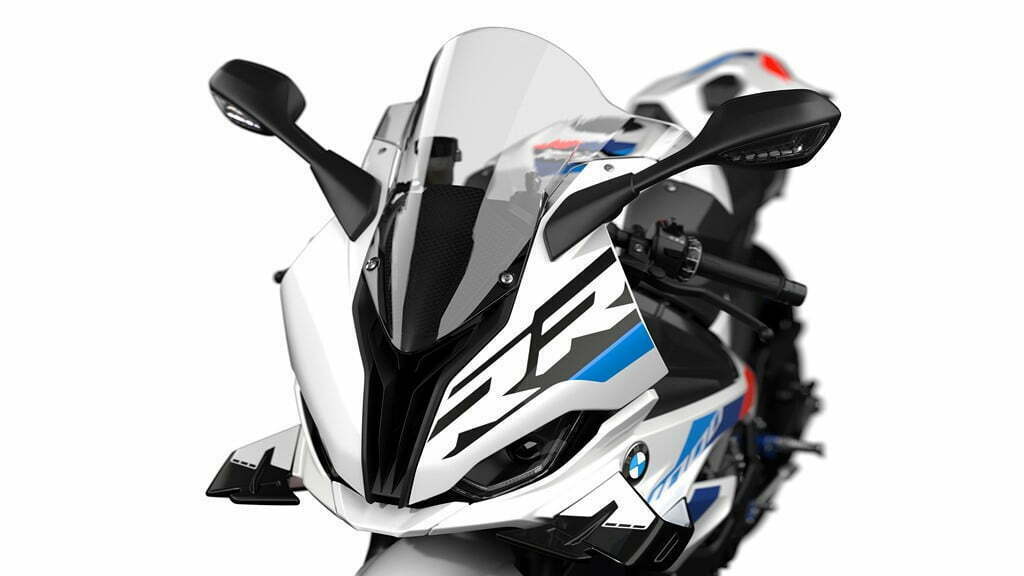 Seriously, how is BMW managing to push the envelope every two years with the S1000RR. It becomes lighter, it becomes more powerful, and it gets more electronics. Sure, some race track nerd expects them somewhere on the planet, but this is now getting serious. Yes, we are happy but we are also in disbelief at the same time.

The new BMW S 1000 RR – even more dynamic thanks to comprehensive innovations to the engine, suspension, chassis, aerodynamics, design and assistance systems. The supersports bike first presented in 2009 will now be available in a new edition featuring advanced engine and chassis, optimised aerodynamics with winglets, a new rear end and new assistance systems.

Advanced 4-cylinder engine that sets a new benchmark in terms of performance, torque and rideability. The new RR features a 4-cylinder in-line engine based on the power unit of the current S 1000 RR. Peak power is now 154 kW (210 hp) at 13,750 rpm (does not apply to US machines), 2 kW (3 hp) more than the previous model. The maximum torque of 113 Nm is generated at 11,000 rpm. In spite of an increase in peak output, the usable engine speed range of the new RR is now significantly broader and more fulsome. The maximum engine speed is 14,600 rpm. 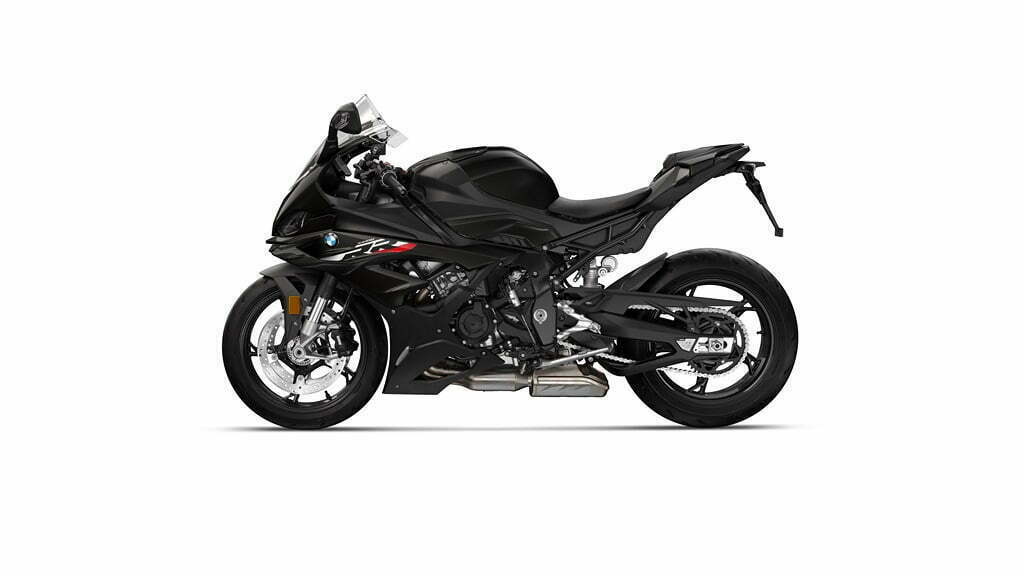 The new feature of Dynamic Traction Control DTC is the Slide Control function. It allows the rider to select two preset drift angles for the traction control system when accelerating out of bends. Technically, this is achieved using a steering angle sensor. Up to the respective leaning angle, the traction control system allows slippage at the rear wheel when accelerating out of a bend, thus enabling rear wheel drift. When the preset steering angle value is reached, traction control intervenes, reduces slip and stabilises the motorcycle. 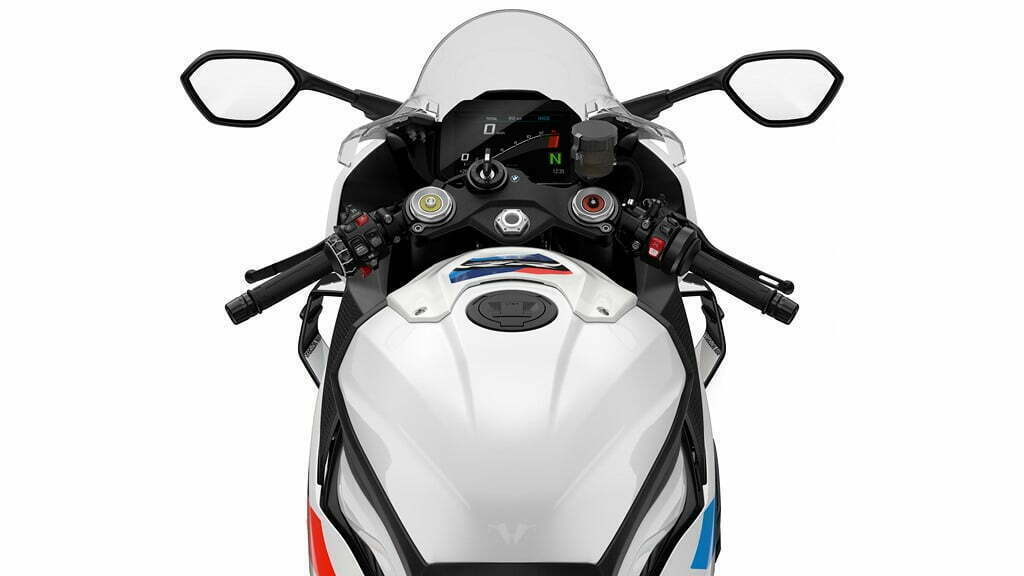 The heart of the chassis of the new RR is still the aluminium bridge frame, which is a welded construction of four gravity die-cast elements and integrates the engine, which is inclined forward by 32 degrees as before, as a supporting element. With the aim of optimising flexibility laterally, the main frame of the new RR was given several openings in the side areas. The focus was also on further increasing riding precision when developing the new chassis of the RR. The steering head angle has been flattened out by 0.5° and the offset of the triple clamps reduced by 3 mm. The new chassis geometry is accompanied not only by even better riding precision, but also by increased accuracy and clearer feedback from the front wheel.

The new Brake Slide Assist function is an important and very helpful innovation for race track riders. As in the new DTC Slide Control function, this new system is also based on steering angle sensors and allows the rider to set a specific drift angle for so-called braking drifts while sliding into corners at a maintained speed. 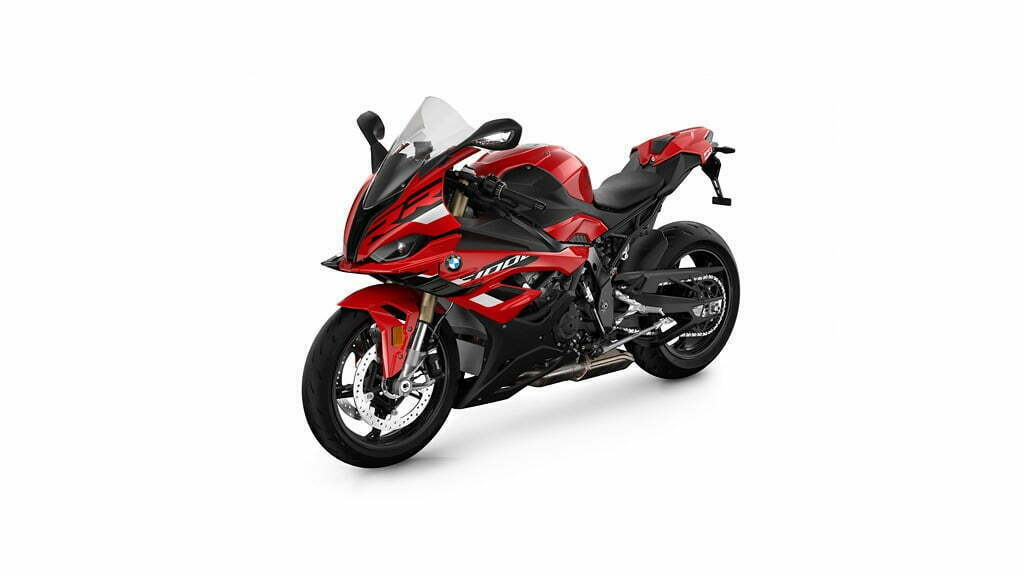 As with the M RR, winglets on the new RR now ensure the best possible contact of the front wheel with the road – especially when accelerating. They generate aerodynamic downforce and thus additional load on the wheels. The advantages are that the bike’s tendency to do a wheelie is reduced, you can break later and cornering stability is increased. 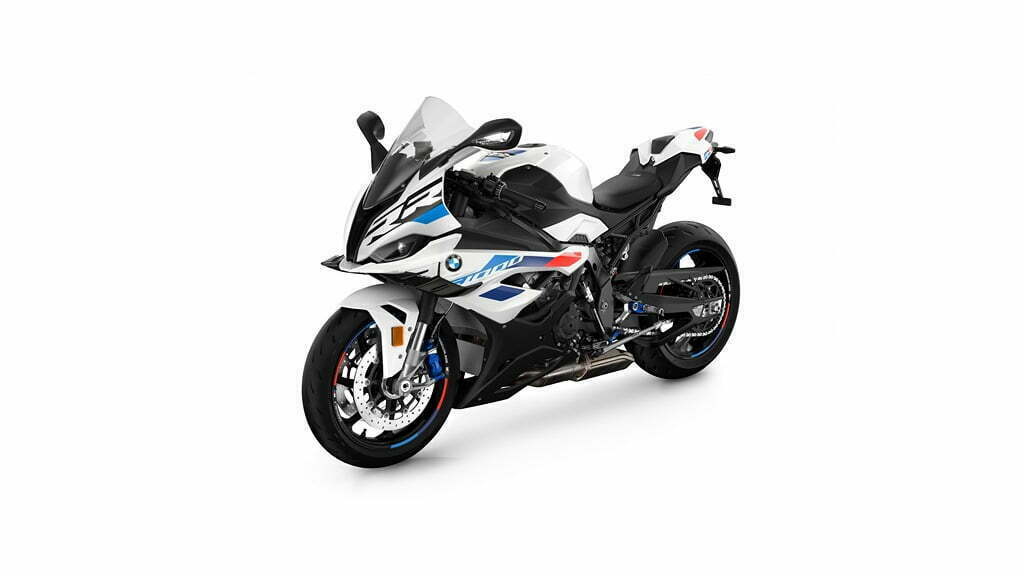 When it comes to design, the new edition of the RR benefits from a redesigned front section including winglets, a new, lighter and sportier-looking rear section and the three new colour schemes Blackstorm metallic, Style Passion in Racingred non-metallic and the racing-oriented Lightwhite non-metallic/BMW M.

• Clutch and generator cover in black.