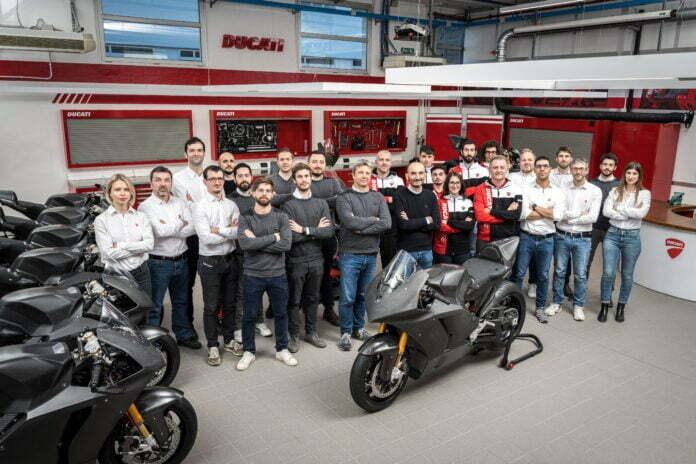 A little more than a year after the first test with Michele Pirro at the Misano World Circuit Marco Simoncelli, work has begun on the “V21L” prototypes that will be the protagonists of the 2023 FIM Enel MotoE™ World Championship season. The production of the bikes started in December and the 23 units will be ready by mid-February. In addition to the 18 motorbikes that will be raced, five spare units will be made available to the organisation. Each prototype is assembled by expert technicians in the Ducati MotoE Racing Department with the same process, precision and attention to detail typical of the high craftsmanship used to build a MotoGP bike.

The start of production of the “V21L” prototypes represents the beginning of a new and important chapter in Ducati’s history. For the Bologna-based company, this project was born with the aim of developing skills for its future, maintaining the approach that has always fuelled Ducati’s DNA: experimenting with technological solutions in the world of racing and working to ensure that everything developed in this area can then be used on motorbikes destined for enthusiasts all over the world. To do this, Ducati created the world’s most technological, refined and sophisticated electric motorcycle, the result of the joint work of Ducati R&D engineers and the Ducati Corse team. “V21L” is the MotoGP of electric motorbikes, combining the electronic technologies and chassis dimensions developed by Ducati Corse with the design process and project management typical of a road bike like the Panigale V4. It is the combination of the best skills of the two worlds, racing and production, a prototype with which Ducati experiments in a world yet to be discovered, that of electric sports bikes.

Claudio Domenicali, CEO Ducati: “The start of production of the Ducati MotoE is a historic moment for our company, which with this project is thoroughly studying the technologies of the future for the world of motorcycling. It is an important area of experimentation, in which we are investing to build know-how, so that we will be ready when battery technology should allow the creation of an exciting electric road bike with the weight, performance and range that enthusiasts expect from a Ducati. We are therefore embarking on this new adventure with the aim of developing the people and skills within the company to shape what the character of a future Ducati electric road bike might be. The MotoE project represents a decisive step for Ducati to contribute to the reduction of CO2 emissions on the product side, alongside research into synthetic fuels (eFuel) that can reduce the total CO2 emissions of internal combustion engines to zero. Environmental sustainability is something that all individuals and all companies must consider a priority if the delicate balance of the planet is to be preserved. Ducati is committed to this also at industrial level, and the construction of the new Finitura e Delibera Estetica area classified as Nearly Zero Energy Building is just the latest example”. 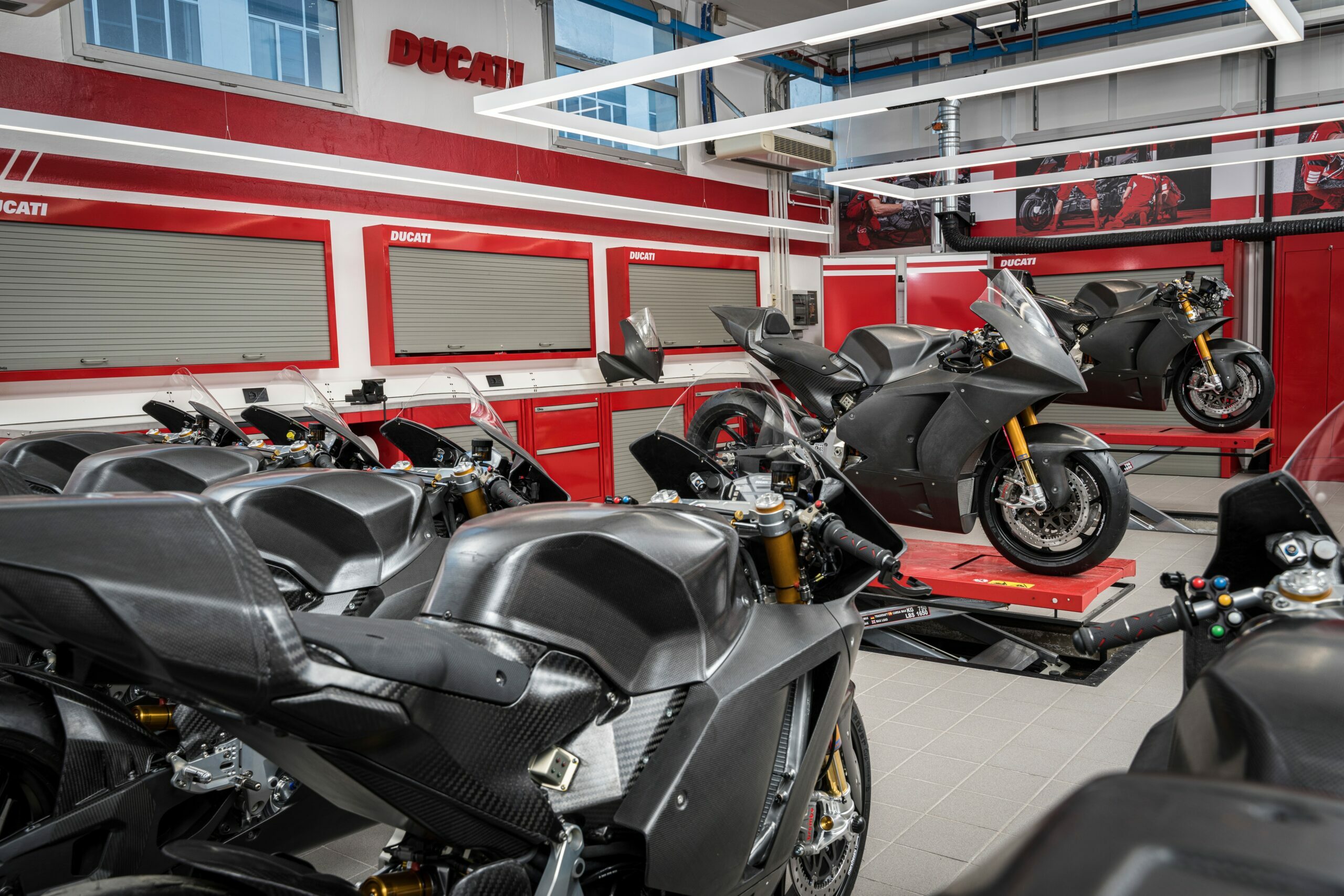 After a year of development tests that have seen Michele Pirro, Alex De Angelis and Chaz Davies take turns riding the “V21L” prototype, the Ducati MotoE project is getting closer to the moment when the bikes will take to the track. The first test with the riders and teams that will compete in the 2023 World Championship is scheduled for the 6, 7 and 8 March at Jerez, followed by three more test days on the 3, 4 and 5 April at the Montmelò circuit in Barcelona.

The race debut will take place at the French Grand Prix on Saturday, 13 May. The 2023 MotoE World Championship calendar is spread over eight Grands Prix with two races per weekend, both on Saturdays. After the French debut, the MotoE World Championship will be present in all the following European races until the Misano GP, thus will continue at Mugello on the weekend of 11 June, at Sachsenring on the following weekend and at Assen on the 25 June. After the summer break, the Ducati MotoE bikes will return to the track at Silverstone on 5 August, before tackling the final three Grands Prix at the Red Bull Ring (20 August), Catalunya (2 September) and Misano (10 September).