Aprilia GPR 250 Revealed in China – Could Come To India One Day! 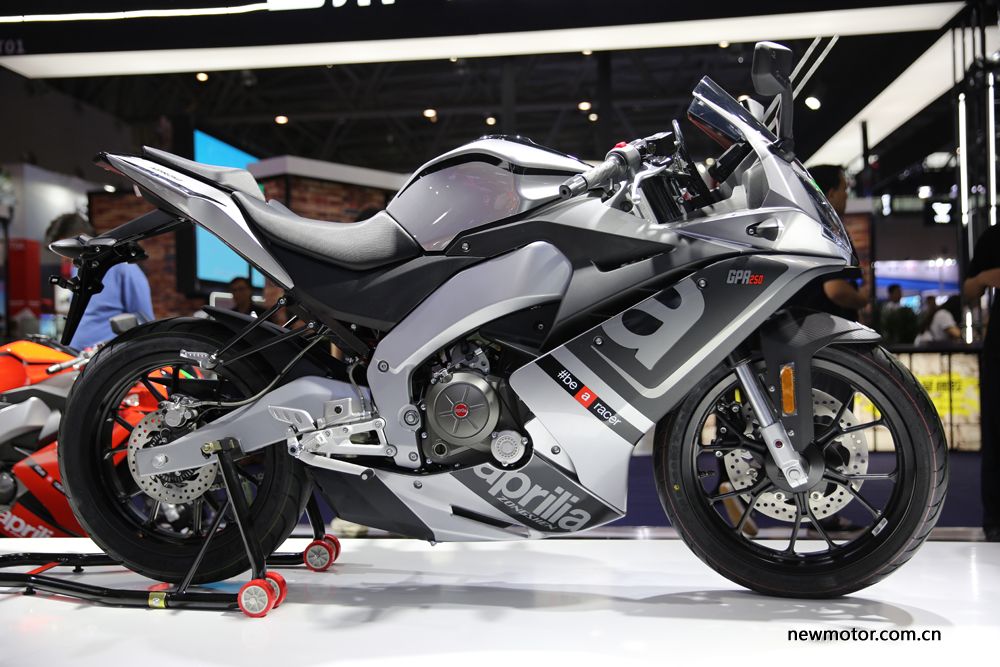 Aprilia GPR 250 has been unveiled in China and it looks like a promising offering in the future. This 250cc motorcycle takes the design inspirations from the company’s flagship RSV4 model although according to hearsay, the engine of the bike has been sourced from CFMoto 250NK.

The Aprilia GPR 250 will draw power from the 249.2 cc single-cylinder liquid-cooled engine which is capable of producing [email protected] rpm and 22Nm @7,500 rpm of max Power and max torque respectively. The power is channelized to the wheel via a 6-speed gearbox and the compression ratio of the bike is rated at 11.3:1. The ratio might not sound exciting but given the low curb weight of the bike (150 kg), the power will be enough to set the heart of the rider racing.

In terms of mechanical hardware, the Aprilia GPR 250 gets a 300 mm disc has been employed at the front while the specification of the rear disc is yet to be out. Both front and rear come with J.Juan calipers and to enhance the braking efficiency, dual-channel ABS has been used. Further, the bike is shod with 100/80 R17 and 130/70 R17 front and rear tyre respectively. Dimensionally, the bike measures 1950mm, 770mm, and 1100mm in length, width, and height respectively. The wheelbase is pegged at 1350mm and 14-liter of fuel-tank is expected to provide a decent range.

Some of the other highlights of the Aprilia GPR 250 include perimeter frame, part-digital instrument cluster, clip-on handlebars, split-seat, and an aluminum swing arm. It will remain to be seen whether Aprilia decide to launch GPR 250 in the Indian market or not. If the company decides in favor, the GPR 250 will compete against the likes of Suzuki Gixxer SF 250 and Honda CBR 250R; however, the price of this Aprilia will definitely be on the higher side.