2020 KTM And Husqvarna Models will drive growth for the company says the company. The Austrian bike-maker KTM will be concentrating on the mid-size segment bikes in India in the future. The company expressed this intention at the launch of 790 Duke and here’s what we think the changes that KTM’s portfolio will undergo in the next few years.

KTM 390 Adventure: One of the most awaited bikes from the KTM is 390 Adventure which is expected to be unveiled at the 2019 EICMA motorcycle show. The testing model of the bike has been spotted many times and some of the significant features of the bike include LED headlamp, colored TFT instrument cluster with Bluetooth connectivity, upright ergonomics, windblast protection, and Adventure touring style. The single-cylinder, liquid-cooled, DOHC engine will be BS-VI ready and displace 373.2 cc with an output of 43.5 bhp and 35 Nm. 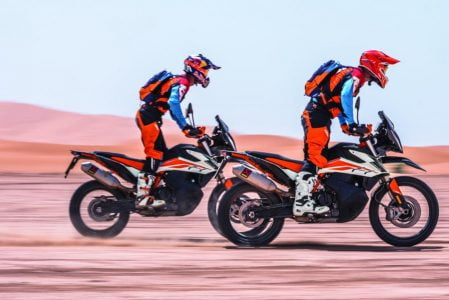 KTM 250 Adventure: In addition to 390 Adventure, KTM will also bring 250 Adventure to the market. The bike is expected to share its underpinnings with 250 Duke which means it will miss out on some of the important features like an LED headlamp, colored display, and Bluetooth connectivity among others. A 248.8 cc single-cylinder, liquid-cooled, DOHC engine will power the bike and the performance is rated at 30bhp and 24 Nm. USD front forks, adjustable rear monoshock, and dual-channel ABS will be the standard part of the equipment. 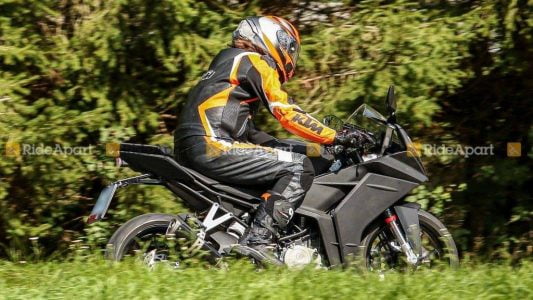 Updated RC Range: The RC range of the KTM has been long in the tooth and it is just a matter of time before KTM comes with updated RC series. The test mules of the new series have been snapped and the official unveil is expected at 2019 EICMA motorcycle show. Among the primary revisions, the series will get new front fascia, vertical headlamp, and a new instrument cluster. Other features and mechanical hardware are expected to be carried over from the current series. 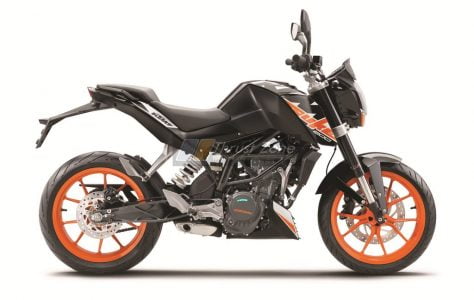 Updated Duke: KTM is also cognizant of its Duke Series and will update 200 Duke that has been around in the market from the year 2012. The bike is expected to get cosmetic changes in terms of styling upgrades and more importantly, it will comply with upcoming BS6 emission norms.

Husqvarna 401 Duo: The Husqvarna Duo, i.e., Husqvarna Svartpilen 401 and Vitpilen 401 have been caught testing on many occasions although their arrival in India is yet to happen. Both of the bikes will share the platform with KTM 390 Duke; however, styling will be completely different. Svartpilen 401 is a scrambler while Vitpilen 401 happens to be a cafe-racer bike.

Both bikes will be powered by 373.2 cc single-cylinder, liquid-cooled engine, and feature trellis frame, USD front forks, adjustable rear monoshock, and disc brakes. The duo will be priced slightly above the 390 Duke which retails at Rs 2.44 lakh (ex-showroom, Delhi) in the Indian market.
790 Adventure: As for as 790 Adventure is concerned, the top management of the KTM is yet to decide whether it will arrive in India or not. Depending upon the response 790 Duke gets in the Indian market, the company will finally take a call on 790 Adventure.

Aprilia GPR 250 Revealed in China – Could Come To India One Day!