Bajaj Auto commenced the new fiscal with a strong export performance which powered it to the top of the motorcycle segment in India. Bajaj Auto clocked worldwide sales (including India) of 3,48,173unitsof which 2,21,603 units were exported to emerge as India’s #1 motorcycle manufacturer in April 2021.

Bajaj Auto leads Indian automobile exports, accounting for almost 60% of the country’s Motorcycle and three-wheeler exports last year. In FY 20-21, Bajaj Auto’s export income stood at INR 12,687 CR with 52% of its volumes exported to over 79 countries. With a cumulative 18 million vehicles exported over the last 10 years, Bajaj is one of the most visible Indian brands across the globe, truly making it ‘The World’s Favourite Indian’. The company’s global sales have earned over US$ 14 Billion of foreign exchange over the last decade.

Bajaj Auto pioneered the sports motorcycling segment in India with the launch of the Pulsar in 2001, which continues to be the market leader in India and in several overseas markets. In FY 21 itself, Bajaj Auto sold over 1.25 MN units of Pulsar globally. Over 80% of Bajaj Auto’s exports come from markets where it enjoys a No 1 or a No 2 position.
Commenting on this milestone, Mr Rakesh Sharma, Executive Director, Bajaj Auto said“We have commenced FY2022 on a very positive note despite the challenging environment.

The wide range of motorcycles covers the entire spectrum from entry, middle, and up to premium level segments allowing us to engage with a wide spectrum of customers from the moto-taxi driver in Africa to the adventure seeker in Europe! This versatility is of enormous value in managing the current volatility as well as uncertainty and to keep the wheels of business moving for all our stakeholders!” 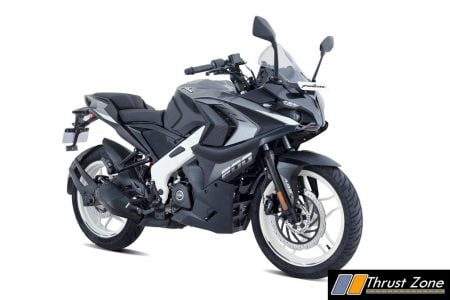 Bajaj Auto revived its iconic brand Chetak as a premium, stylish electric scooter last year to an overwhelming response. Bookings for the Chetak were re-opened recently and were sold out in less than 36 hours in Pune & Bengaluru. The company plans to scale up its presence to 24 more cities in the coming year.

To support the rising demand for its products globally, Bajaj Auto recently announced a major investment of INR 650 Crores in a fourth plant to be built atChakan, Maharashtra for its premium motorcycle brand portfolio and the Chetak electric scooter.