Bajaj Dominar 400 Goes From Arctic To Antarctica With Zero BreakDowns 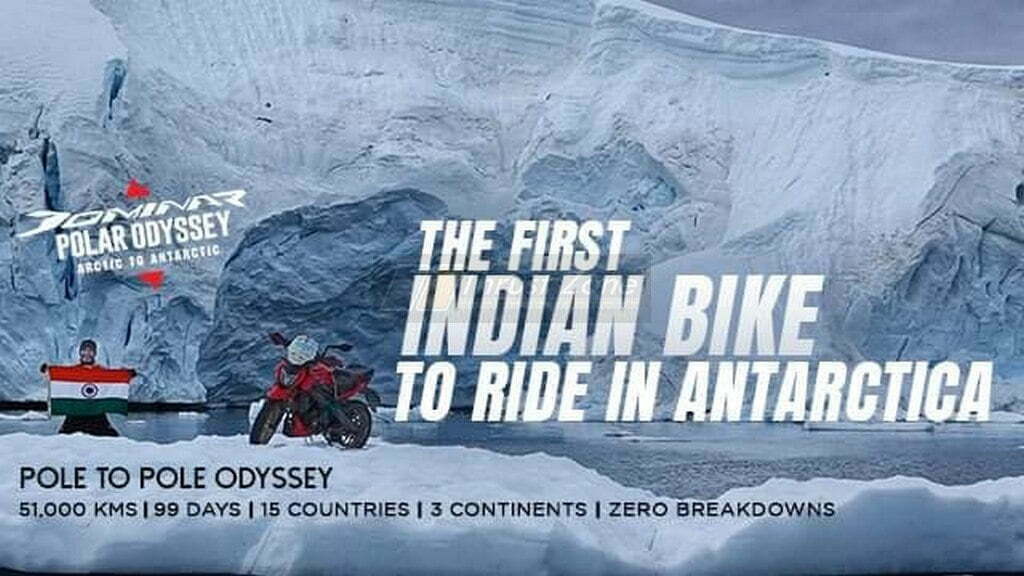 To establish rugged credentials of the Dominar, Bajaj planned the “Polar Odyssey – Arctic to Antarctic” adventure trip in 2018. Now the company has announced that the 51,000 km long journey has been completed in 99 days by the Deepak Kamath, Deepak Gupta, and Avinash PS. It is indeed a commendable achievement and speaks a volume about the strength and build quality of the bike.

The event Polar Odyssey was flagged off in July last year from the Pune. Bajaj shipped the bikes to the initial point of the journey, i.e., Arctic from where the adventure ride started and took 99 days to complete, according to the information revealed by the company. The riders rode to Tuktoyaktuk from the Anchorage and then crossed over to Ushuaia in Argentina before finally reaching the Antarctic. The team was led by Deepak Kamath and riders crisscrossed through three continents and 15 countries to complete their journey. What is even more commendable is the fact that the Bajaj Dominars used for this mission completed the journey without even a single break down – now that’s impressive. 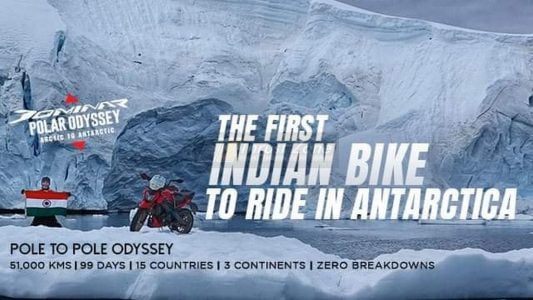 The bikes used for the ride were tweaked in order to face the severe challenges of weather and terrain during the journey. Some of the modifications include replacement of the front mudguard with a beak (similar to ADV), fitting of hand guards, and installation of the larger seat and fly screen. Bajaj has also equipped the bikes with tires good enough to stand harsh conditions of the weather. Besides, Dominars used for the journey were fitted with jerry cans and panniers. Except for these changes, Bajaj said that no other modification had been made and Dominars for the journey were the stock bikes. In related news, Bajaj is going to update Dominar comprehensively with both cosmetic and mechanical upgrades.