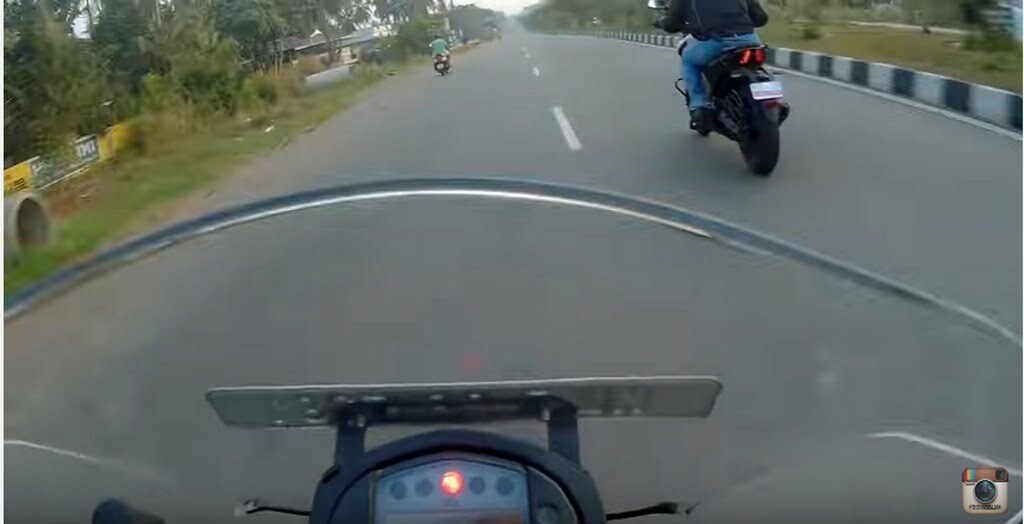 Bajaj Dominar launch has taken the markets by storm. After the main launch, the motorcycle is creating waves among group of bikers with go pro’s who have YouTube channels of their own. Dealerships had their own launch of the motorcycle to give prospective more information on the bike and that has to led test drives that are on offer. There are several videos of the same roaming on the video platform which gives amateur and idea of what amateur are speaking of motorcycles. More importantly, drag videos are happening in the middle of road in a completely un-controlled environment to make sure the hits keep flowing in.

One such video includes a Dominar 400 has been taken to a ‘Speedo Indicated’ of more than 160 km/hr. While Bajaj is claiming an 148 km/hr top-speed which is, as always, GPS indicated. Acceleration seems brisk of the line and the motorcycle does most likely 0-100 km/hr under 10 seconds. The limiter is set around 10,000 RPM mark but the redline is marked way above at around 13,000 mark. 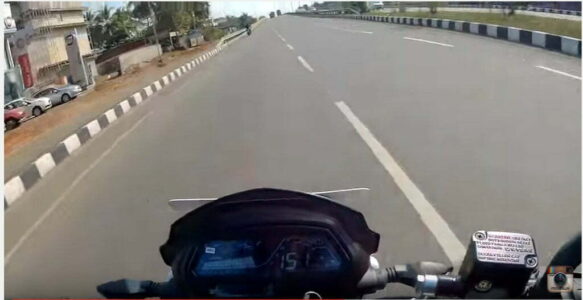 Drag race between the Dominar 400 and Duke 390 clearly shows the Duke 390 is superior as always. The power to weight ratio is much higher, it gets a faster launch and has a mid range to keep on pulling and has a true top speed of 168 km/hr. Duke 390 is modified on many aspects seen here and carries a lot of weight than the stock motorcycle.

Read this too: Dominar400 TOPSPEED ON VIDEO, DRAGS KTM DUKE 390

Read this too: Dominar400 advert is here! Takes on Yamaha desperately

Read this too: High Resolution Picture Gallery OF Dominar 400

Read this too: every single detail on the Dominar 400 here, including HD pictures

Dominar 400 is a motorcycle that is priced similar to a 200cc motorcycle thanks to Bajaj’s mind blowing policies of economics that it follows, which seems beyond doable at times. Dominar 400 is all set to create more for less in a way like never before. Meanwhile, the media review and preview will happen in January 2017 so stay tuned as we bring you a review and comparison of the same.