Bajaj Felicitates 5 Indians For Their Extra Ordinary Efforts, Gifts V15 To All of Them 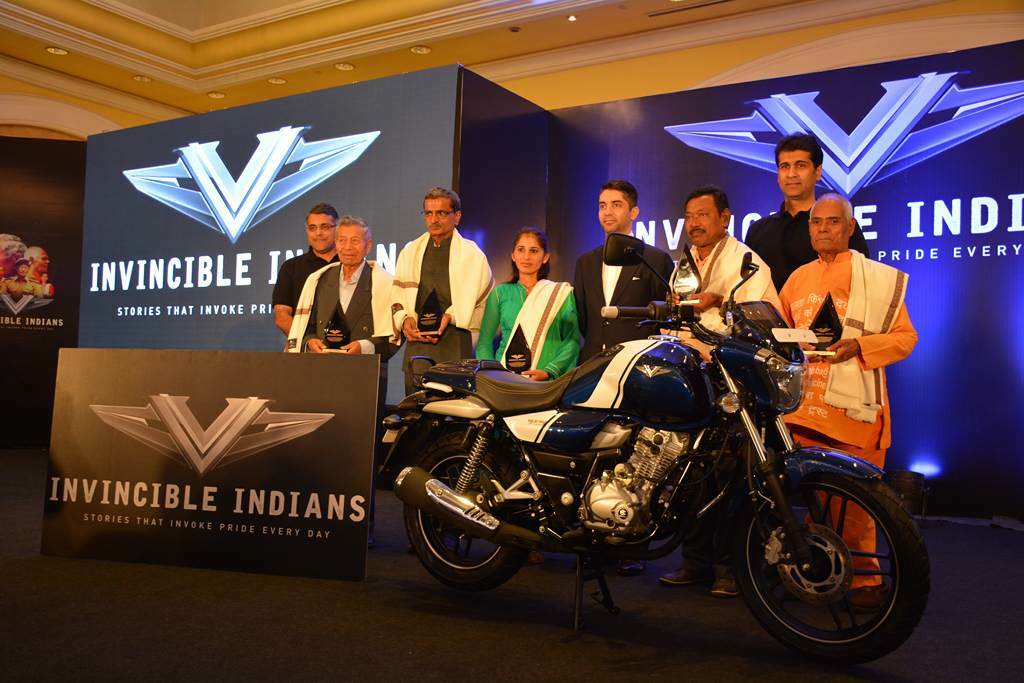 Bajaj V is already the bike that has the metal of the invincible INS Vikrant. A motorcycle that has become a symbol of patriotism is something unique to do. To keep it going everyday is something rarely achieved too. Today, the same thing is extended every further. A new initiative titled ‘Invincible Indians: Stories that Invoke Pride Everyday’. This is an initiative to find stories of ordinary Indians who performed extraordinary acts in the service of society selflessly. These are acts that happen all around us, acts that are so powerful and selfless that invoke pride in a great way. Five such ‘Invincible Indians’ were felicitated by a famous sports personality of India who has himself made the nation proud, which is Abhinav Bindra.

Bajaj V has also launched Invincible Indians Website to preview many more stories of ‘Invincible Indians’ to the country. Through this website & the five videos released today, Bajaj wants people to help spread these stories and help find more such people whose efforts deserve to be recognized. Bajaj Has Released five films which capture their stories. Something that truly brings pride in every day Indians.

These Invincible Indian are:
#Mr. Chewang Norphel: Created 15 artificial glaciers in Ladakh to solve the perennial water crisis. Awarded a Padmashree in 2015.
# Ms. Vijaylaxmi Sharma: Leading a movement to eradicate child marriages in villages in Rajasthan.
#Mr. Karimul Haque: Converted his bike into an ambulance. Offers a 24X7 ambulance service free of cost.
#Mr. Bipin Ganatra: Helped rescue people from more than 100 fires in Kolkata. Recognized as a volunteer firefighter by the Kolkata Fire Department.
#Mr. Omkar Nath Sharma: Travels across NCR to collect medicines from people who no longer need them, and distributes it to clinics and hospitals who serve the poor.

Their complete video stories can be viewed on the Bajaj V YouTube channel https://www.youtube.com/channel/UC1nHMzSXh8ycC4FRK90Xe4g.

Volkswagen Standardizes ABS And Dual Airbags On Polo And Vento