Bajaj V22 In Cafe Racer, Scrambler And Roadster Is A Combination Of Patriotism and Art Done Just Right! 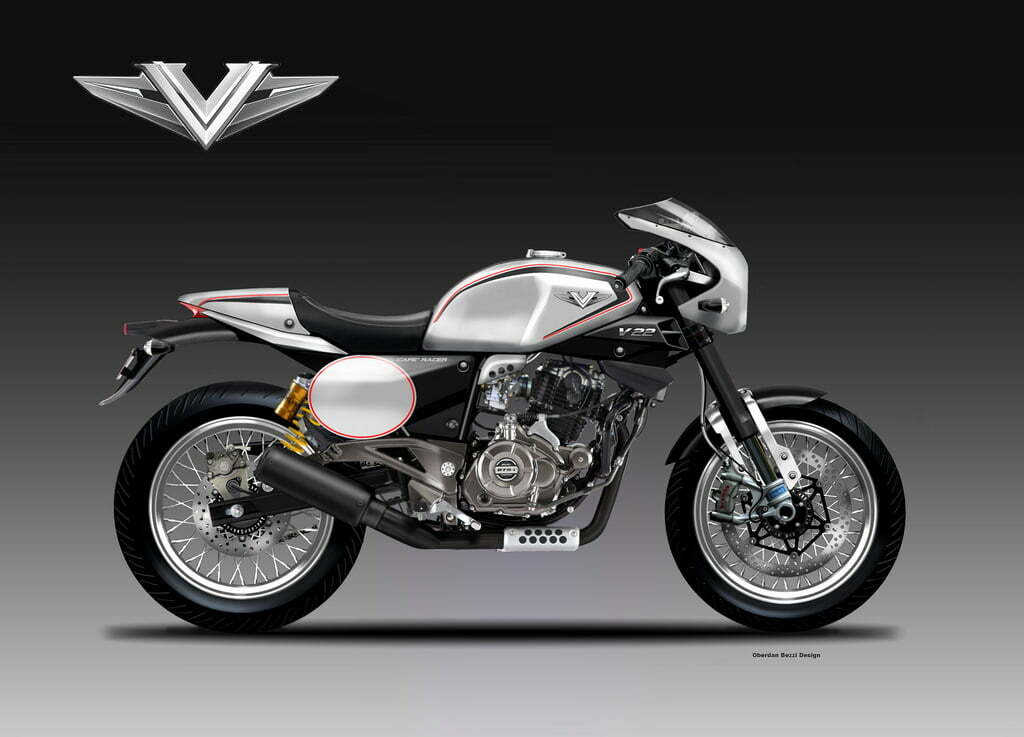 Oberdan Bezzi has done what we have been asking for. Bajaj V22 is 220cc powered Vikrant Metal made bike on paper that is too good!

Oberdan Bezzi is among the world’s best render artists when it comes to rendering motorcycle design ideas that we would love to see getting made.  This time around, we are particularly more fascinated by his rendering as they are digitally imagined concepts V22, and yes that V in its does stand for the V series by none other than Bajaj Auto. It seems the Bezzi was too, inspired by the use of INS Vikrant’s metal in this brilliant product. He has imagined a bigger capacity V22 in three forms, Roadster, Cafe Racer and Scrambler. 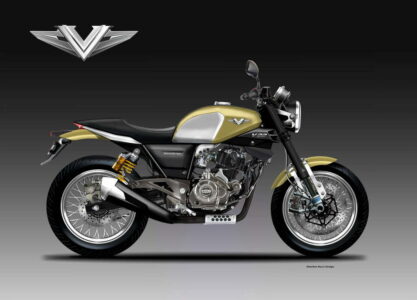 Bezzi has given its concepts premium equipments such as USD forks, gas charged rear suspension, and some Brembo awesomeness with dual-channel ABS into the mix as well. The V22 renders, feature wire-spoke wheels adding to the brilliant retro modern vibes of the concepts.  We are fans of who the V15 and V12 looks, but we still have loved how Bezzi has used the traditional round lamps in the concepts and they look perfectly blended into the designs. 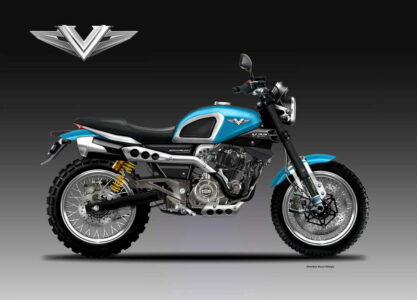 By far, we loved the café racer concept of the V22 the most. The V22 Café Racer with its sleek design and a pillion seat that can be removed adds the bikes appeal. And then there are those tasty clip-on handlebars with a tiny bikini fairing makes the whole Café Racer concept absolute delight to the eyes. Bezzi based his engine design on the one that powers the P220, while also designing the concepts on the base of the P220 chassis as well. So if in real Bajaj does make a few retro modern products on the P220 base and with V name tag they might arrive with 21.05PS and 19.12Nm with a much better low and mid-range power.

CNG Scooters Launched BY MGL, Provided By Lovato, Promises to be insanely efficient!