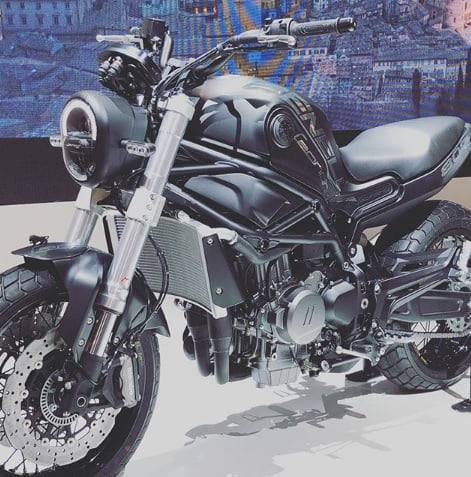 Italian bike maker Benelli has showcased its scrambler Leoncino 800 concept at 2018 EICMA motorcycle show. Based on Leoncino 500, the new concept promises to pack more punch and is expected to make it to the production line within a year. There is also some news doing the rounds that Benelli will launch Leoncino 500 in Indian market and if that happens, we can also expect arrival of the concept Leoncino 800 to our shores at later point in time.

The concept Leoncino 800 takes the design inspiration from Leoncino 500. However, being a scrambler the natural expectation from the bike is to come with more powerful performance. Once production ready, this concept will utilize the services of a 750 cc parallel-twin engine (sourced from 752S) motor which has got dual overhead cam configuration (DOHC) for accurate fuel injection and enhanced output.

The motor is capable of making 75bhp of max power at 8,500 rpm along with max torque of 66Nm. The Benelli may re-tune this engine for better output but don’t expect some dramatic jump in the power and performance numbers. The engine will be coupled with a 6-speed manual transmission which will channelize the drive to the rear wheel via chain-drive mechanism. 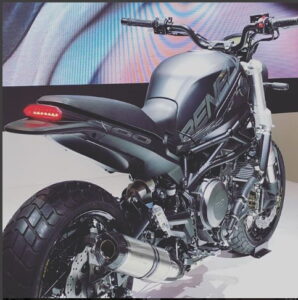 To accommodate this large engine, Leoncino 800 concept has received a completely new chassis frame suspended via an upside-down fork up front and a monoshock with pre-load adjustable settings at the rear. Both front and rear get the petal-type discs for superior stopping power (two in front and one at rear) and the oval headlight on the concept retains the design characteristic of the Leoncino family. If the Benelli decided to launch Leoncino 800 in India, the bike would primarily compete against the Ducati Scrambler which is one of the most popular scramblers in Indian market.