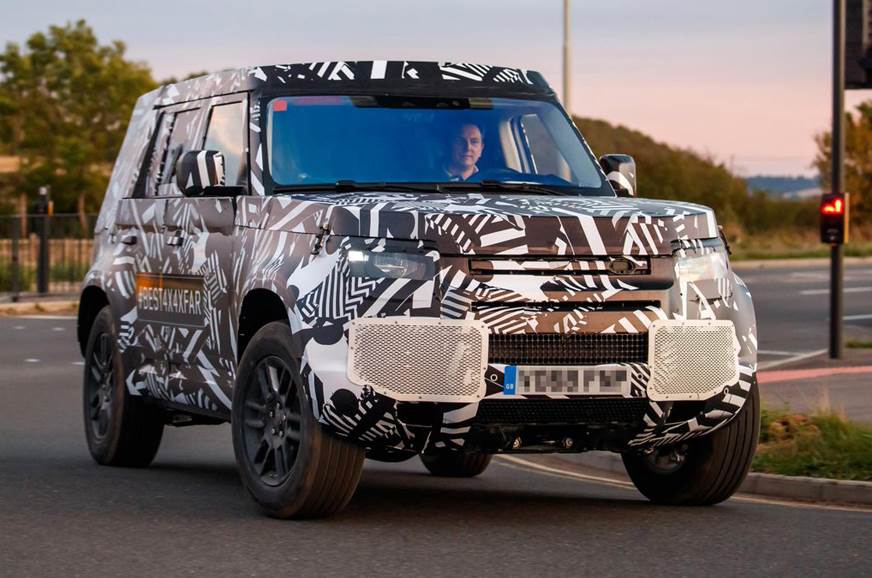 2020 Land Rover Defender is spotted testing for the first time on local roads as JLR gears to launch the model in 2020.

New Land Rover Defender caught testing; crucial details revealed and for the Die-Hard SUV fans, there is good news. The Land Rover Defender is all set to make its come back after being discontinued in 2016. According to the officials, the customers around the world will start getting the deliveries in 2020. The car has been caught testing on the local roads for the first time and the spy shots reveal the greatest clues about its styling. Despite heavily camouflaged, the silhouette gives away many crucial details like its two-box design and squared-off edges. In fact, the concept remained faithful to the Defender’s original proportions.

The officials at Land Rover declined to comment on this specific development though stated that the company runs a wide array of engineering and technological development program. They also confirmed that Defender’s program is well on the track and has reached an exciting stage of development.

In terms of design, the testing model was spotted with 5-door with footprints similar to the Range Rover Sport. Other exterior highlights include an upright windscreen, flared wheel arches, generous ground clearance, and rear door with side opening. The short overhangs and neatly concealed exhaust may benefits the off-road friendly character of the car. Further, the rough-terrain capabilities of the new Defender are vowed by none other than Dr. Ralf Speth (JLR executive) who said get the new model will be even more capable than the previous one on the challenging terrains. 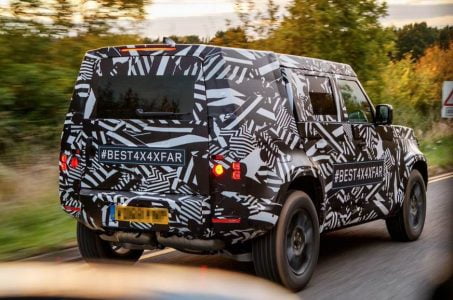 Another interesting detail regarding the Defender is its shorter 3-door version that also seems to be in the launch pipeline. Although the pictures here are of 5-door version, we can’t deny the development of its shorter version as Defender’s direct rival the Jeep Wrangler offers both 3-door and 5-door versions in its range.