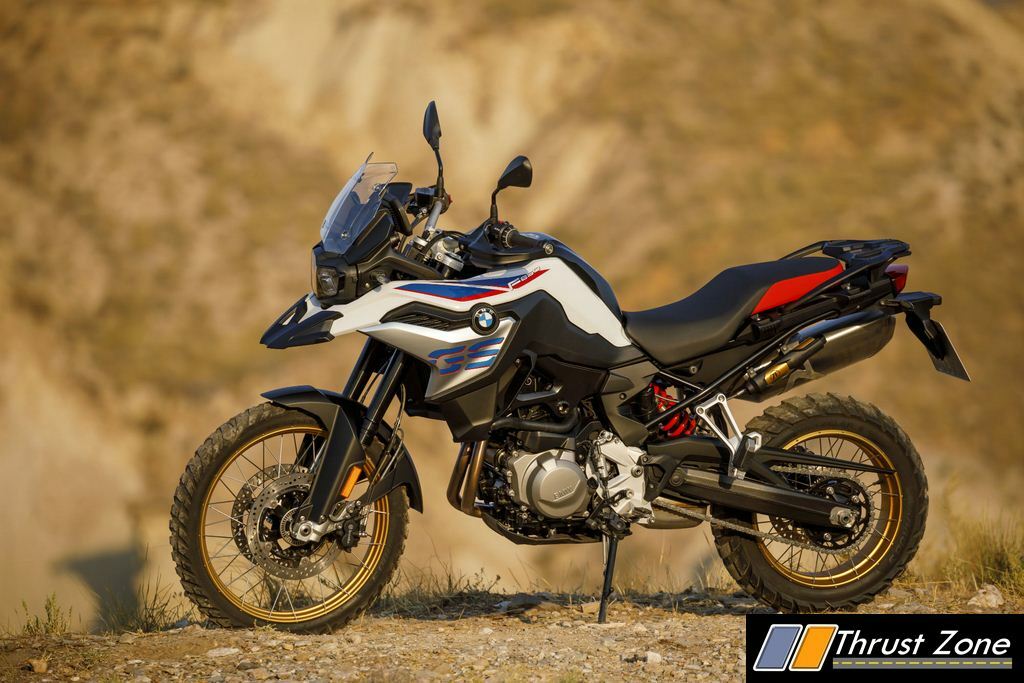 BMW has launched two fully redesigned repetitions of the middleweight adventure bikes which is now called the F750 GS and F850 GS. This German firm generally has a practice of making two models of the same capacity even though their name suggests otherwise but this time the firm has made a hike capacity. Both now have a capacity of 853cc, where their predecessor just had 798cc, the F700 GS and the F800GS respectively.

Both models feature the powerful 2-cylinder in-line engine with a displacement of 853 cc. The all-new BMW F 750 GS produces a power output of 57 kW (77 hp) at 7,500 rpm for dynamic performance. The all-new BMW F 850 GS generates 70 kW (95 hp) at 8,250 rpm to deliver supreme level of engine power. An extremely powerful and emotional sound is produced by a crankshaft journal offset of 90 degrees and firing interval of 270/450 degrees.

A new feature of the BMW F750 GS and F850 GS are that it has a new steel monocoque frame which uses the parallel-twin engine as a stressed member. Both models get a new upside down forks where the 850 gets 43mm and the 750 gets 41mm in addition to that an aluminium double-sided swing-arm and shock, with BMW’s ‘ESA’ electronic suspension adjustment optional.

The ASC traction control is standard that the firm is providing and also is the ABS. The standard riding modes are the Rain and Road with more available as a further option. Other options also include TFT connectivity dash as it was showcased on the latest R1200 GS adventure last but not the least the models come with a BMW’s intelligent emergency call function which can automatically call for help in case of a crash.

The common thing with their predecessor in the BMW F750 GS and F850 GS s that the F750 GS has cast aluminium wheels with a 19-inch front while the 850 has wire spoked ones with a 21-inch front which gives the bike more off-road potential. The 850 has more suspension travel on both sides. The front brake of both consists of two-piston floating callipers on 305mm twin discs while the rear is a single-piston floating calliper on a 265mm disc. The other changes include repositioning the fuel tank to maintain the centre of gravity.