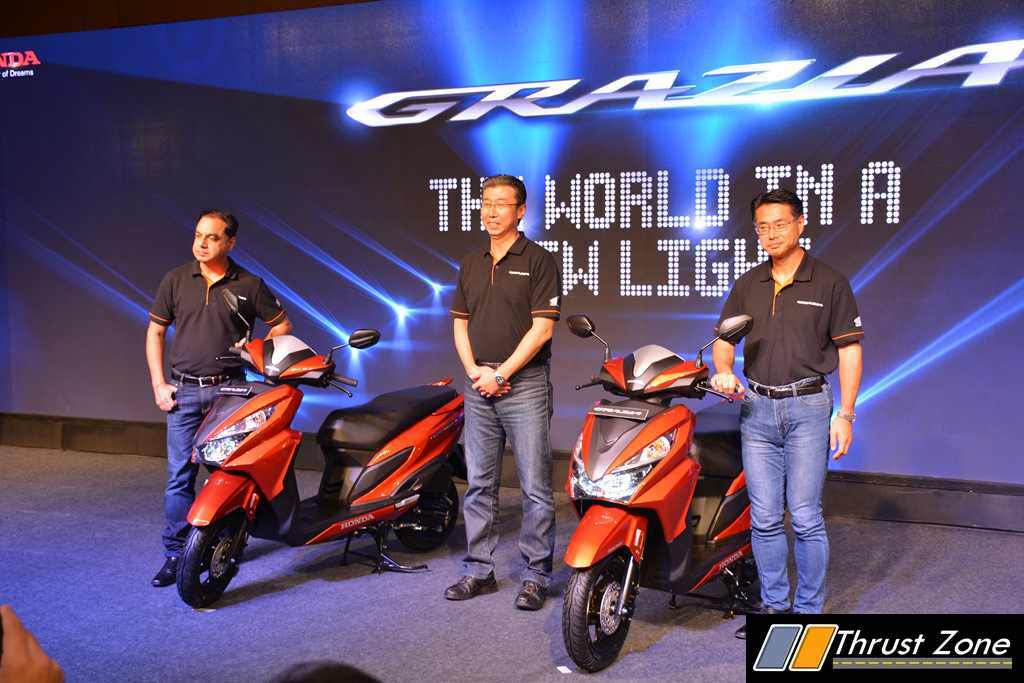 The front apron looks like an evolutionary design change of the Honda Dio. The tail lighter is reminiscent of the same and so is the headlight, but this time all the elements are bigger since it is signified as a 125cc . The side panel is short and stubby and creases and lines to make stand out. Split grab rails, black alloy wheels and forks make it look even more sporty.

The underbone type chassis continues. The telescopic suspension is on offer. Disc brake is optional. The tyres at both ends are 90×100 and slapped on 10-inch wheels.

The 125cc HET BSIV motor makes 8.5 PS of power and 10.54 Nm of torque. The motor is mated to an automatic CVT transmission. Honda says it delivers 50 km/l.

CBS and Disc brakes are on offer on specific variants.