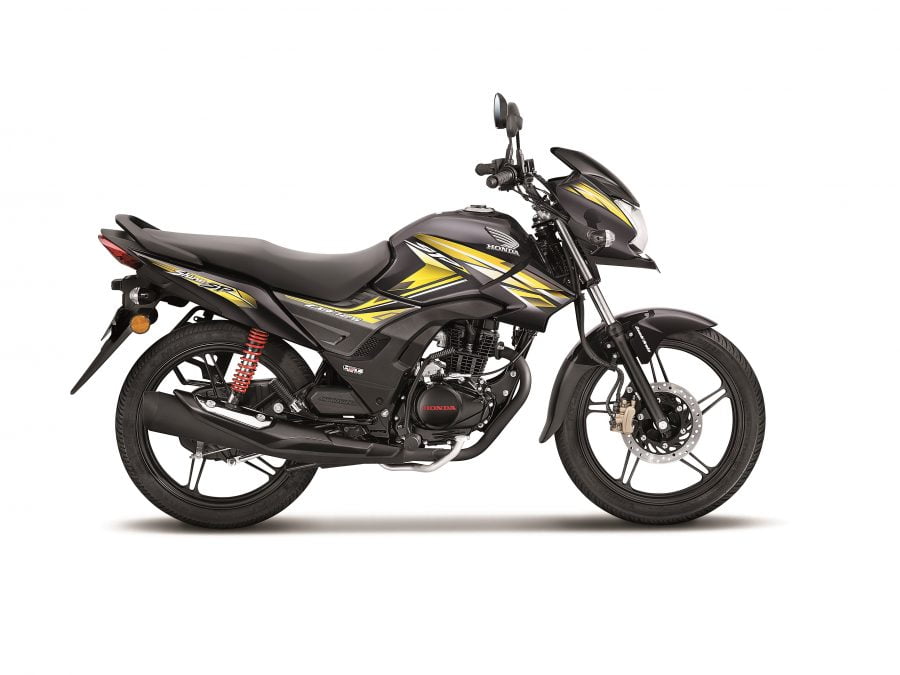 The major changes isn’t to the body panels by a big margin but the look has been changed substantially by the new graphics and paint schemes that are on offer. The 125 badging on the tank, the sharp and attractive graphics on the tank and at the knee recess makes it stand out from the previous version and in the 125cc category by a good margin. The tail-piece also gets new graphics and the new color introduced here and the white, grey and red along with black and yellow that was teased.

Read this too: WE HAVE COMPARED THE NEW SHINE SP 125 ALREADY WITH THE BAJAJ V12 125CC VIKRANT MOTORCYCLE, CLICK HERE FOR MORE

The motorcycles continue to be the same mechanically so it gets a single downtube frame chassis, telescopic front forks, the 5-step adjustable rear dual sided suspension. Brakes options include discs as well drum units for the front-end. Low Rolling Resistance HET Tyre are introduced and the numbers stay the same for front and rear at 80/100-18. Disc is a 240 mm unit while the drum is 130 mm.

Read this too: ACTIVA 125 with LED lights is here

Read this too: Honda Dio with LED lights is here

The engine has been revised for the year 2017. The motorcycles now makes less power than before. Earlier it made 10.5 BHP of power and 10.3 Nm of torque. Now it makes the same torque but less power at 10.1 BHP. The 2-valve layout remains the same and HET is applied to the engine. The engine is now BSIV emission compliant and comes mated to the same 5-speed gearbox which is the highlight of this premium motorcycle in the 125cc segment.