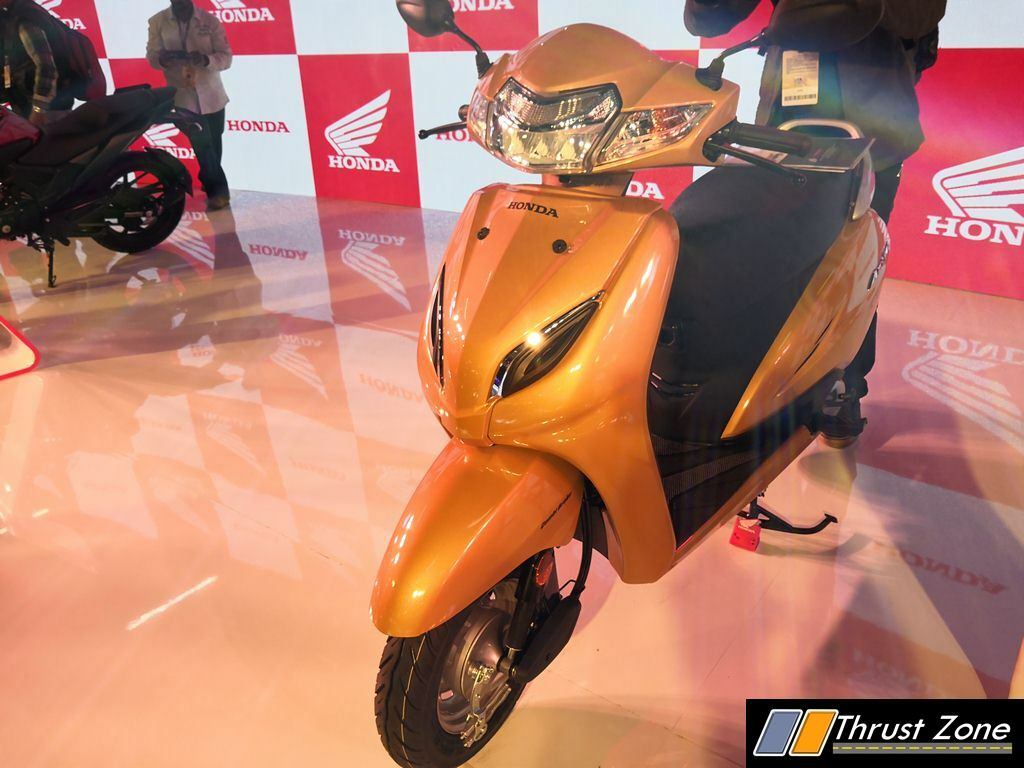 Honda Activa as we all know is country’s most beloved scooter. It was in the early 2000 that India witnessed the launch of the very first generation of this scooter. Ever since then it has been the chart topper in the moped segment. Honda kept refreshing the Activa and each of its successors made it to the top spot. 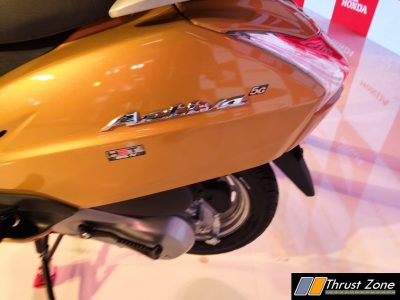 For the Auto Expo 2018, Honda introduces a slight re-make of the previous generation Activa. This succeeding variant is called the ‘Activa 5G’ and it brings to the table some new features. The old Activa was all about practicality and creature comforts and the 5G is no different. The new model gets an all new full LED headlight as well as an all new instrument cluster. The headlights along with the new position lights are claimed to drain less battery than the old AHO unit. The new instrument cluster is part analogue – part digital and now shows a service due indicator as well. The ignition key lock also is changed and now gets a seat opener and front and rear retractable hooks. 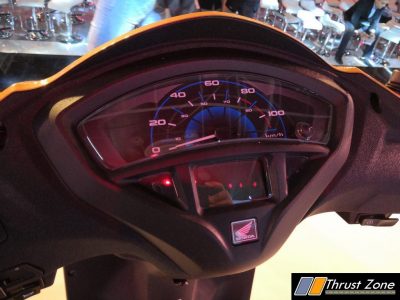 Up front the faux air intakes are now slightly larger in size and the exhaust gets a metal muffler which round off the exterior changes. Mechanically the Activa is unchanged and comes equipped with the same 109.2cc petrol engine developing 8bhp of power and 9Nm of torque. The fuel tank size of the Activa is also the same at 5.3 litres which gives it an estimated range of about 230 kms between fuel stops. The scooter’s light weight which stands at 108 kg ready to ride is also one of the reasons for its excellent fuel economy. At a seat height of just 765mm, the Activa is accessible to a large chunk of our population. 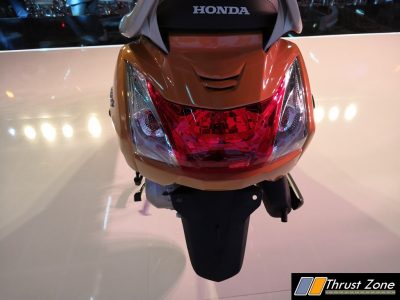 For 2018 Honda adds two new colours in the palette – the Dazzle Yellow Metallic and Pearl Spartan Red. Although Honda hasn’t revealed the price tag of the 5G, however the new model will carry more or less the same price ag as before.