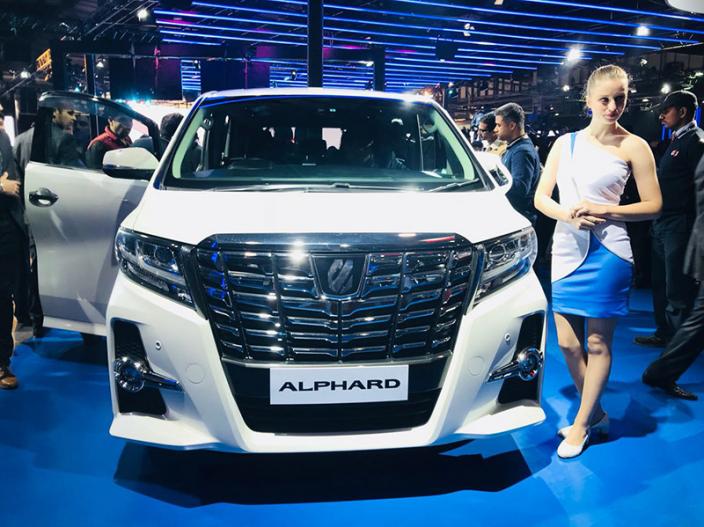 The Auto Expo 2018 is going in full swing. Manufacturers are revealing new products and people are flocking at them. One of the many advantages that an expo of this sort has is that brands can gauge the response of the audience for a particular product. The amount of hype that a model creates will decide its future in the country.
Toyota India is enjoying good sales with its new Fortuner and the Innova Crysta.

Both the cars have been and will remain people’s favourite and go to choices. Toyota has revealed their big MPV, the Alphard at the Auto Expo. Although the India launch of the Alphard is not confirmed, the car will mainly serve as a yardstick for Toyota. The car sure will generate interest in the public but ultimately Toyota will play it safe with the Alphard.

The Alphard isn’t an all new model; the car is already on sale in the international markets. The car’s near 5m of length means that space on the inside won’t be a problem at all. The MPV also boasts of an array of comfort and safety bits like Nappa leather upholstery, reclining seats, LED roof and ambient lights and Toyota’s second-gen Safety Sense P safety suite. The Alphard gets visual touches like the LED headlamps and LED tail-lights along with LED sequential turn indicators. Never to run out of illumination, Toyota has also equipped the car with LED fog lamps at the front and at the rear.

Also included in the feature list is the inclusion of a twin moon-roof. Internationally the Alphard is sold with a choice of 3 engines which also include a hybrid. A petrol 2.5 litre 4 cylinder engine with power output of 182PS and 235 Nm of torque and a 3.5 litre V6 petrol with 301PS of power and 361 Nm of torque. The 2.5 litre is also hybridised with a pair of electric motors to boost the power output to a total of 363 hps.