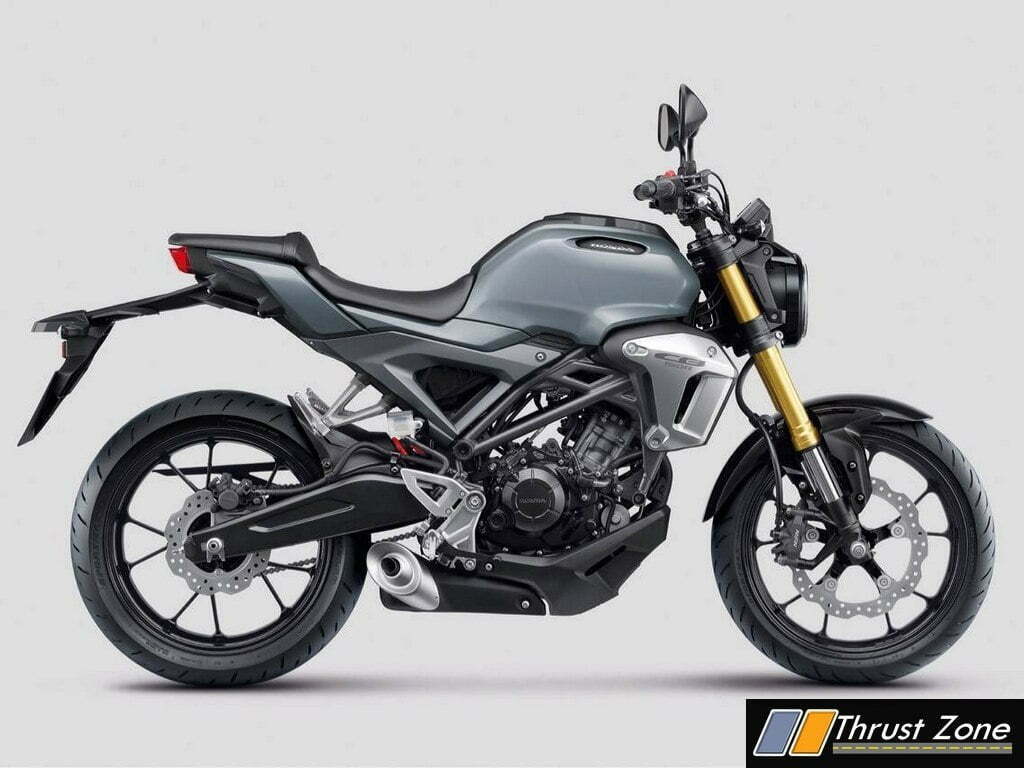 Honda CB 150R ExMotion Launched in Thailand. Hey India Honda, we need it too! Bring it on!

A production model of the Honda 150SS Racer Concept has been launched in Thailand which is named as the CB 150R ExMotion. The Honda 150SS was first unveiled at the Bangkok Motor Show in March this year. The all new CB 150R ExMotion is a 150cc naked street sports bike and looks very much in shape. The bike carries looks of a cafe racer and is targeted at riders with a passion for speed. Created under the ‘ExMotion Life in Exciting Motion’ concept, the new Honda gets the same technology from Honda’s bigger bikes.

The new CB 150R ExMotion is being offered at an introductory price of 99,800 baht (INR 1,92,869) in Thailand. The CB150R ExMotion comes with a single cylinder 150cc DOHC 4-valve engine that has been designed and developed in the image of Honda’s bigger nakeds. The engine is water-cooled and gets a molybdenum-coated piston and Honda’s fuel injection technology. the power train is EURO-6 compliant and is mated to a 6-speed transmission.

The 41mm upside-down shock absorber, similar to the X-ADV 750 of a big bike, will be the largest used in a 150cc sport bike. The new 150cc engine has been developed for top riding performance with excitement. It also gets full LED lights and full digital multifunction meter. The new inner Pivot type diamond frame has been designed to move the center of gravity close to the rider for easier and better control on the bike. The look of the bike is also enhanced with the airplane tank cap for more practical use.

Other features also include the ABS with G-sensor that has been borrowed from CBR 1000RR, 296mm floating disc at the front which comes with radial mount 4 pot calipers, lightweight swingarm as well as rear 150mm fat tyre. Honda has been working with Japanese leading accessory brand such as Moriwaki, G’craft and Kitaco to design special items to make the CB 150R ExMotion even more outstanding.

The Honda CB 150R is intended to be sold in Thailand and other South East Asian markets and as far now there are no such plans of such a model being introduced in India. Over 1,000 units have already been pre-booked by the customers in Thailand without even seeing the actual motorcycle. The all new EXMotion is available in four colors: Pearl Cadet Grey, Millennium Red, Matte Laurel Green Metallic and Asteroid Black Metallic. Currently Honda has no plans in the immediate future of developing any bikes above 200cc in India. The next few products will be below 200cc.

2018 New Nissan Leaf Unveiled – Promises To Have Everything You Need!