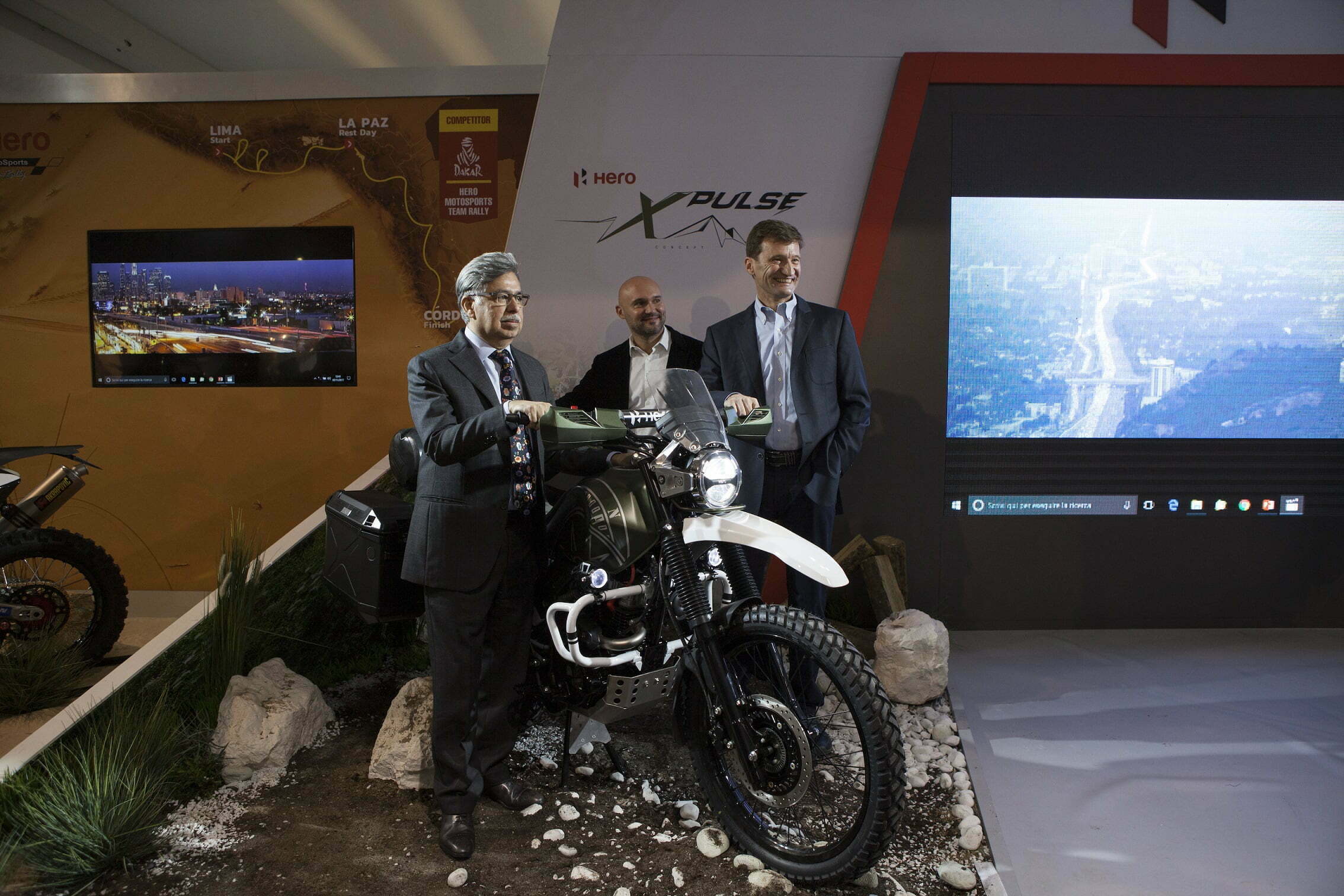 Hero MotoCorp has unleashed a new off road motorcycle called the Hero XPulse which is a concept at the 2017 EICMA show in Milan Italy. This Hero XPulse Concept motorcycle has not only a futuristic looking circular LED headlamp but also looks very attractive. There are two LED auxiliary lamps on the crash guards which proves that it’s an off-road bike. Right below the head lamp is the raised front fender but when you look at the back the bike gets a tyre hugging fender.The handle bars of this motorcycle comes with knuckle guards, and it has a single seat. While going through rough terrains the rider might sometime have to stand up and if you want to do that easily this but bike has just the thing.

The foot pegs of the Hero X Pulse is positioned in such a way that you can stand with ease while riding. The fly screen otherwise called as wiser is placed in such a way that even while going at high speeds the wind blasts are considerable reduced. This off-road motorcycle comes with LED tail lamps but I wonder as to why haven’t they don’t the same for the indicators because the indicators are of bulb type.

The Hero XPulse Concept is powered by a single cylinder engine with air cooling and fuel injection. By the look of the exhaust one can say it has good water wading capabilities but that’s only if the bike can make it to the production. The engine also comes with a kick starter.

There are long travel telescopic fork in the front and has a mono shock suspension at the back. The bike has spoke wheels and disc brakes on both ends. It also has ABS. the tail section of the bike comes with a luggage rack. This bike is said to hit our market in the late 2018