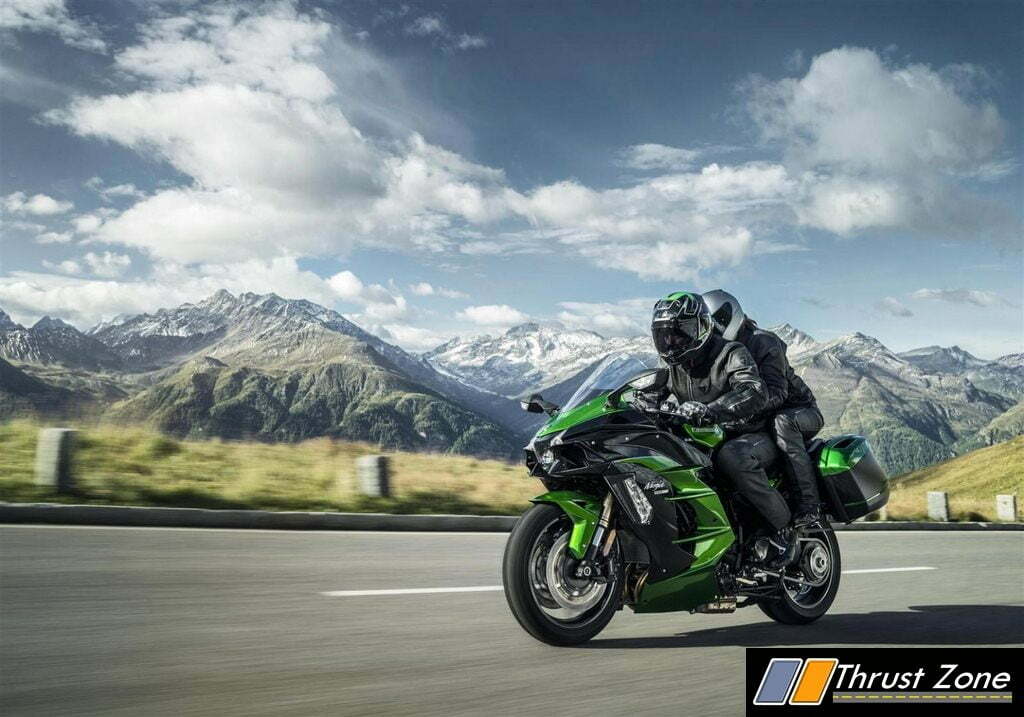 Kawasaki Ninja H2SX and SX SE IS A 200 BHP SUPERCHARGED TOURER. Time to upgrade from the Ninja 1000?

The Ninja H2SX draws power from a 998 cc supercharged mill which generates 200 bhp and 137.3 Nm of torque. The engine has now been developed for real-world road conditions, delivering a linear power output in the low and mid range. The exhaust system is smaller and lighter, the compression ratio has been increased, while the transmission ratios have been revised to improve fuel consumption and to reduce stress on the gearbox. The all new components make the H2SX a sports tourer highly comfortable for long-distance touring. Kawasaki says that the new engine is as efficient as its other 1000 cc touring motorcycles.

The bike has a 19-litre fuel tank, which gives a 330 km range on a full tank of fuel. Kawasaki will also offer this model with a lot of safety features such as ABS, traction control, wheelie control, keyless ignition and semi-active suspension system. The H2SX will also feature six-axis inertial measurement unit, satellite navigation, heated palm grips and seat and full multimedia connectivity with TFT screen on dash integrated with satnav functionality. The trellis frame is completely new, which has been designed with thoughts of comfort for the pillion rider on the rear seat. The riding position has also been revised, it now focuses on more erect and comfortable posture of rifer for longer runs.

Kawasaki also revealed a Ninja H2SX SE edition, with added accessory including a TFT dash, Kawasaki Launch Control Mode, cornering adaptive lights and an up/down quick sifter. The Ninja H2SX will be available in Metallic Carbon Grey and Metallic Matte Carbon Grey and the H2SX SE variant will be available in Emerald Blazed Green and Metallic Diablo Black. No pricing details are announced as for now. Kawasaki states that the motorcycle can cross continents with ease you just need to hop on and go further, go faster with the all-new capable Ninja H2SX, which will automatically supercharge your journey.

RE Continental GT 650 Revealed and Boy! The Color Schemes Are Spot On!