IS THIS HAPPENING? BMW G310RR SPOTTED IN READY TO RACE MANNER 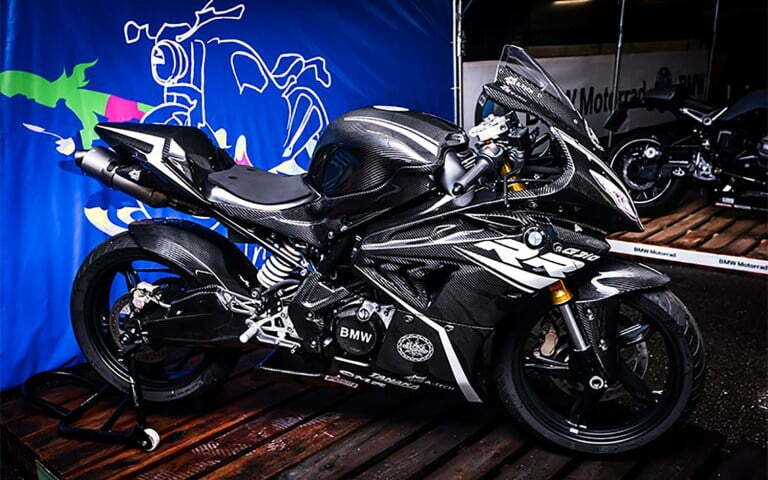 BMW G310RR is actually REAL and it will come to India one day, maybe with more power!?

Spy shots have emerged from the international market that the G310RR is real and it is based on the G310R motorcycle. What was thought that it would never happen, has happened. Apart from TVS, BMW will make a supersport version and this changes everything. Despite similarities, which right now, shouldn’t be discussed could be anything! The motorcycle seems legitimate as it wears all carbon fibre body and everything else underneath looks similar to the G310R platform motorcycle. This also could be a modification drill by a high-end race machine maker and the donor bike is the G310R ofcourse.

Again this looks very real and could be skunks work project of the BMW Motorrad group, something it is famous for. BMW Motorrad does things without thinking much about anything and giving the best the enthusiast demand. A proper race machine, even above the TVS Apache RR310 could be in the making. This could be really light as it is all carbon fibre. We assume this could be sub 125kg bike fully fuelled as a race machine.

A production version could be closer the TVS Apache RR310 in terms of numbers and weight. This could be also retailed as how the BMW HP4 is. In limited numbers and comes at a very high price and has what it takes to give tough time to competition. Race exhaust mounted below the seat and other mods could take the power by 10 BHP and take down its fiercest rival, the KTM RC 390. The only question remains what are the numbers and whether this is a real BMW.

What gives away to a certain extent is the unbranded exhaust seen with this bike. Most manufacturers use high quality best in class exhaust system for bikes like this, in these situations. Normal TVS Apache RR310 and G310R makes 34 PS and 28 Nm of torque. The motorcycle has been taken in a manner which isn’t entirely flop or a huge success in the motorcycling community. Stay tuned as we hear something from BMW or TVS about this.

In The Future – Mahindra Marazzo Variants That Could Come – Listed