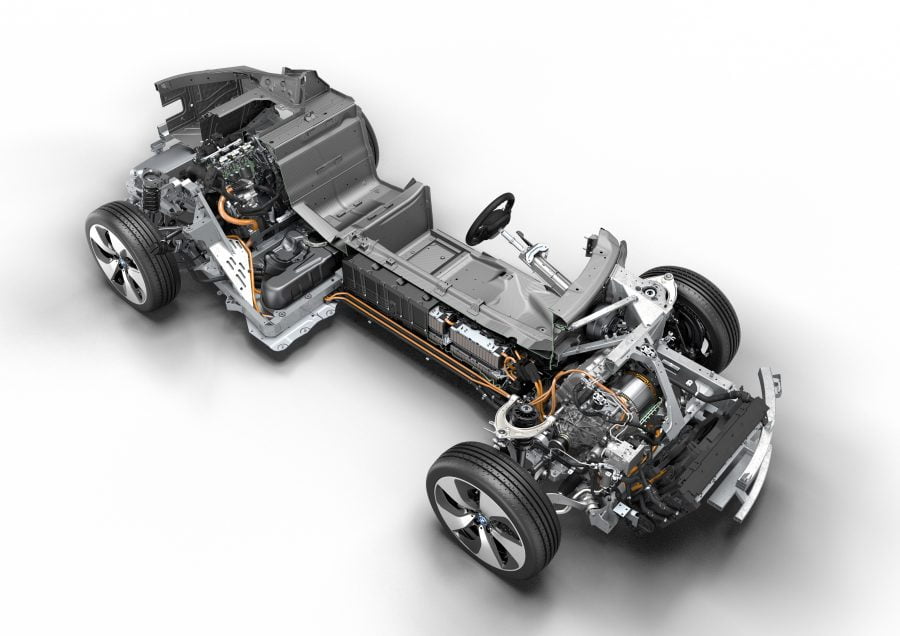 The i8’s drive solution came onto the market in 2014 and has topped its category in the prestigious competition every year since. In its first year on sale, it also earned the best new engine and overall awards. The plug-in-hybrid drive system’s latest success in the award – this is the fourth year in succession it has emerged victorious in one or more of the categories – demonstrates once again how far it remains ahead of the curve. The BMW i8 is the sports car of the future and has been the world’s highest-selling PHEV sports car ever since its market launch in 2014. The BMW i3 and i8 stand at opposite ends of the BMW Group model spectrum as an expression of what is reasonably achievable today. And now their technology is being rolled out across BMW’s core models.

The recently updated BMW i8 fuses sports-car performance with the fuel consumption normally expected of small models. The three-cylinder combustion engine in the BMW i8 develops 170 kW / 231 hp and drives the rear wheels. The electric motor – whose output has been raised to 105 kW/143 hp – sources its energy from a lithium-ion battery (which can be charged from a conventional domestic power socket) and channels the power it generates to the front axle.

This model-specific plug-in hybrid system developed and produced by the BMW Group enables all-electric driving with a range now increased to a maximum 55 kilometres (34 miles) in the EU test cycle. The combination of an electric motor at the front axle and combustion engine at the rear creates all-wheel drive, gluing the car to the road. The virtues of this drive configuration can be enjoyed most prominently under full acceleration and through dynamically driven corners. 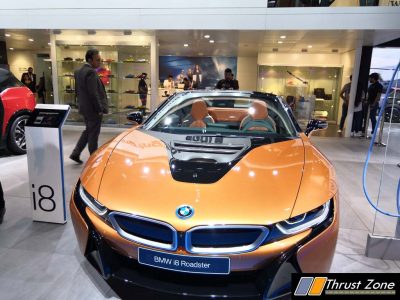 The more powerful of the two drive sources powers the rear wheels and teams up with the hybrid system’s electric boost to deliver the driving pleasure for which BMW is renowned, plus trailblazing efficiency. The i8 needs just 4.4 seconds to sprint from 0 to 100 km/h (62 mph). Yet the combined fuel consumption of the BMW i8 Roadster as per the EU test cycle for plug-in hybrid vehicles stands at 2.0 litres per 100 kilometres (141.2 mpg imp) plus 14.5 kWh of electric energy. CO2 emissions are 46 grams per kilometre. The figures for the BMW i8 Coupe are 1.8 litres per 100 kilometres (156.9 mpg imp) and 14.0 kWh of electric energy, which means CO2 emissions of 42 grams per kilometre.

This year marks the 20th edition of the International Engine of the Year Award. Over the course of the award’s history, engines developed for BMW Group brand models have notched up a total of 69 class and overall wins. An independent jury of experts identifies the best power units in a variety of categories. This year, the jury was made up of 70 automotive journalists from 31 countries. The award winners were crowned on Tuesday, 5 June 2017 at the Engine Expo fair in Stuttgart.