Jeep Renegade India launch will take place as it has been the given the go ahead. In some distinction, the Renegade will make it to the Indian market for sure

Now it is about time for Jeep to launch the facelift of the Renegade. At the 2018 Turin Motor Show, the updated version of the Jeep Renegade made its first debut. The facelift model gets many updates to the exterior as well as to the interior.

Aesthetically, at the front the 2019 Jeep Renegade India specific could be different. However, here it comes with a new bumper, which is placed lower as compared to it predecessor. Due to which the fog lamps and the turn sign indicator have been placed at the lower part of the bumper. Jeep had equipped the 2019 Renegade with new LED Headlamp unit along with LED Daytime Running Lights which is also seen on the New Jeep Wrangler. On the other hand, as we move towards the rear section of the updated Renegade, you will notice the new reprofiled tail lamp unit.

Inside the New, Jeep Renegade is a larger touchscreen infotainment unit which also gets the latest software. The infotainment unit also hosts number a buttons and controls and it is also compatible with Android Auto and Apple CarPlay. The seats get new fabric and it gets added comfort features for the driver and the passenger. 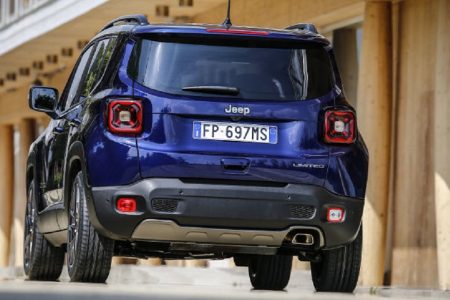 The European market will get the 2019 Jeep Renegade which will be powered with a 1.0 litre, three-cylinder engine that generates 120 horsepower. In addition to this, it also gets another option of a 1.3 litre turbo petrol engine that comes in two states of tune, 150 horsepower and 180 horsepower.

Jeep will also be launching the Renegade in the Indian Market and we will two engine options such as the 1.4 litre turbo petrol unit and a 2.0 litre diesel mill. Jeep will be offering two wheel drive as standard, whereas customers can also choose for a four wheel drive option. Once Jeep launches the New Renegade in the Indian market it will compete head on with the Renault Captur, Hyundai Creta and the upcoming Nissan Kicks.