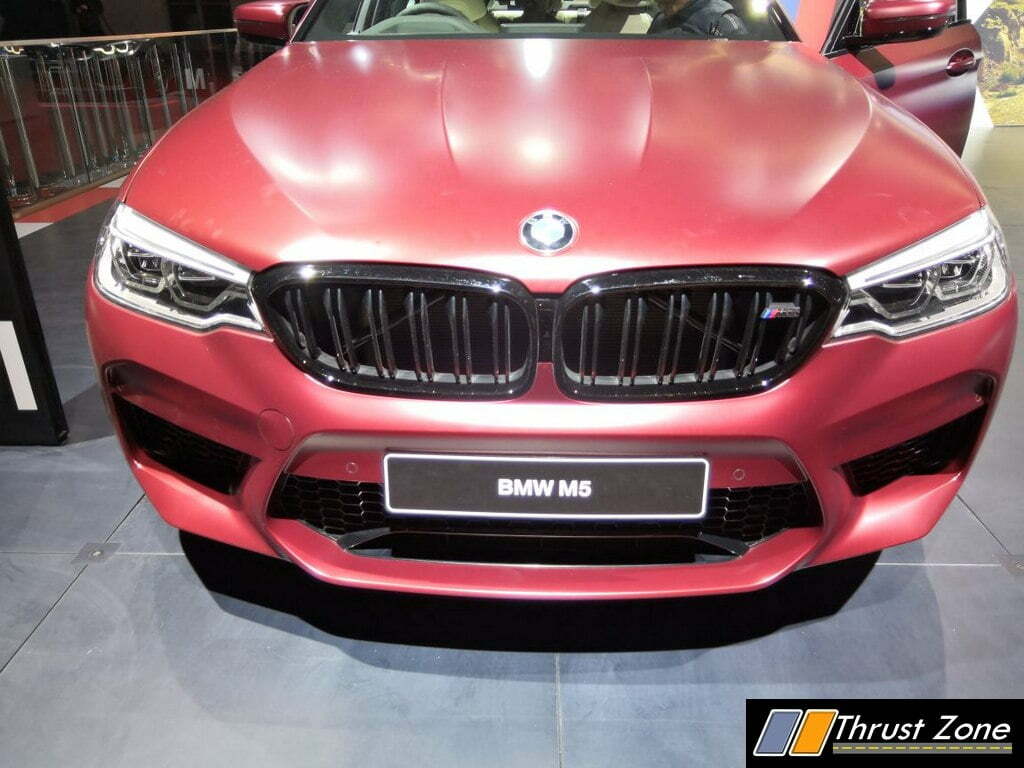 BMW M5 India Launch Done at Auto Expo 2018 at Rs. 1.44 crores ex-showroom. The super saloon is a legend in its class since years

The 2018 BMW M5 is made its most awaited debut at the IAA 2017, and it is based on the seventh generation 5 Series and it was formally unveiled on August 21, 2017. Today it comes to the India Auto Expo 2018. The vehicle is possessing a 4.4-litre V8 bi-turbo engine, which powers the beast. Although, it is the very same conventional unit as the outgoing cars, engineers and technicians have propelled out notable improvisations. 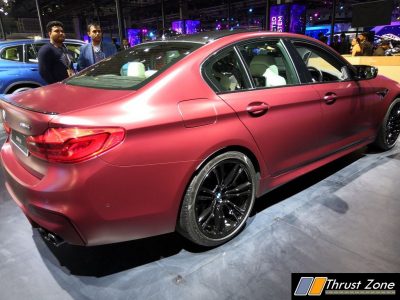 The top speed of the beast, meanwhile, is automated electronically and it is limited to 250 km/h (155 mph), but the optional M Driver’s Package hikes it up to 305 km/h (189 mph). Power is produced and it is delivered to all four wheels through the BMW’s xDrive AWD setup. A central transfer case combined with multi-plate clutch branches out the drive between the front and rear axle, according to the needs. The driver is also given the option to turn off the system completely and switch over to just rear wheel drive with the DSC turned off. While observed carefully, the M5 differs from the vanilla 5-series. This is mainly owed to the larger aperture air inlets which are responsible for feeding the cooling systems and brakes. Also, there is a presence of a rear diffuser and quad pipe setup at the backside of the beast. 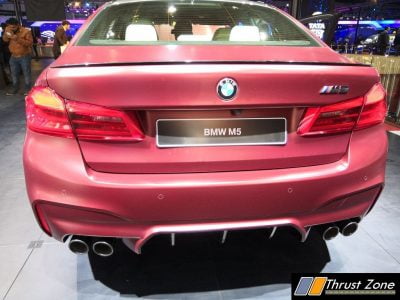 The car travels on 19-inch light-alloy wheels in Orbit Grey and M-specific tyres. The 20-inch rims are generously offered as an option. In the conventional specifications, the BMW M5, 2018 model, also features Merino leather and M seats with electric adjustment. BMW is currently receiving orders for the new M5 can with the deliveries programmed to begin during the early spring, 2018. The 2018 BMW M5 starts at 94,24,642 INR. The BMW M5 First Edition, has been restricted to a run of 400 instances all over the world, and it has provided the BMW Individual, a Frozen Dark Red Metallic paintwork. The fully loaded edition bears a heavier price tag which is 15,58,783 INR more than the original standard model.