BMW Motorrad HP4 Race Weighs Less Then Dominar 400! And Is Powerful As A WSBK Bike! 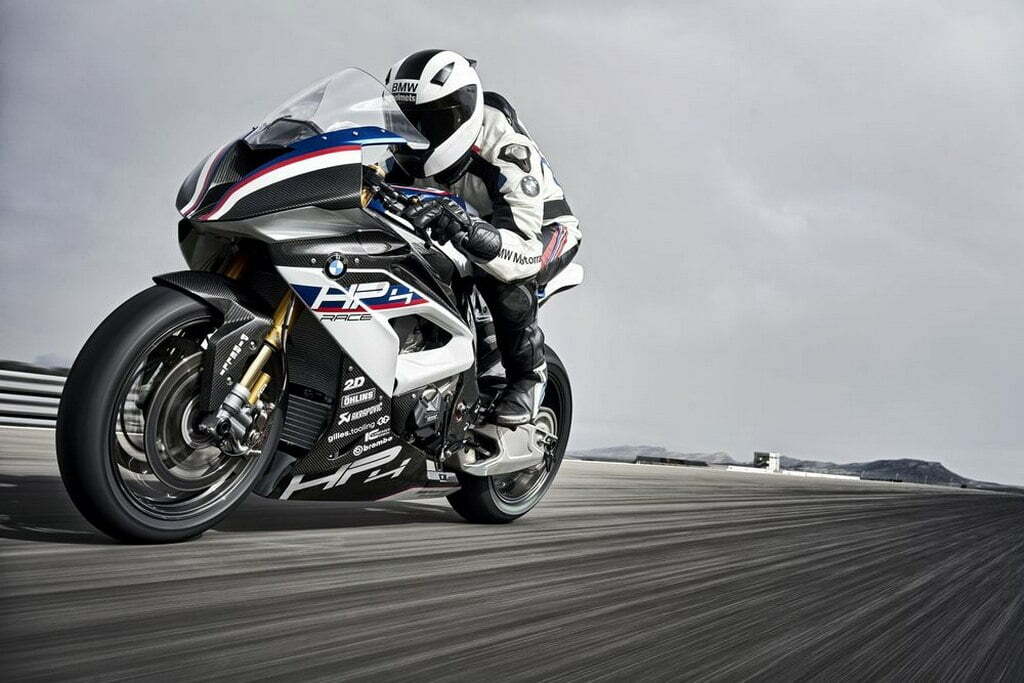 BMW Motorrad has come up with a track demon, the HP4 Race. The bike was first showcased at the EICMA 2016 in Milan and was said to be one of the absolute best and exclusive motorcycle. The BMW HP4 Race is officially in production with only 750 units coming our way. The German beauty is crafted by a small, highly specialized team keeping in the mind the very highest level of quality. The all new HP4 Race is even lighter than the factory racing bikes currently used in the

Superbike World Championship and is only slightly above the MotoGP factory racers in terms of weight. The HP4 Race is the first motorcycle in the world present with a main frame entirely made of carbon fibre monocoque frame. The entire frame weighs only 7.8 kilograms. The speed demon is powered by the 999cc, water cooled in line four which has been tuned to redline at 14,500 rpm. The bike produces a mind boggling 215 bhp at 13,900 rpm and a peak torque of 120 Nm at 10,000 rpm. The HP4 Race carries n Akrapovic four-into- two-into-one full titanium WSBK exhaust system. 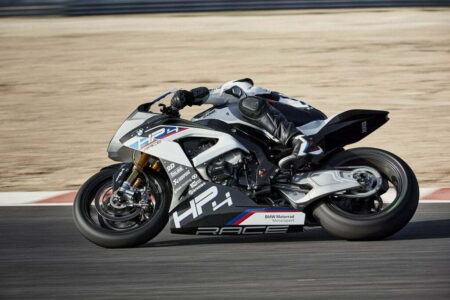 The all new BMW Motorrad HP4 Race is a continuation of the BMW Motorrad high models performance model series which was founded in 2005. After the HP2 Enduro, the HP2 Megamoto and the HP2 Sport the newest powerful member HP4 Race is the first four-cylinder powered motorcycle in the performance group which is built using quality materials and state-of-the-art technologies. The motorcycle is capable of registering a maximum engine speed of more than 200km/h and is said to do the 0-100km/h sprint in just 2.9 seconds. 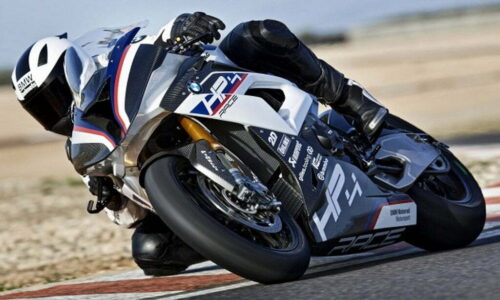 The BMW Motorrad HP4 Race is also available with race Competition Package which is an option to the buyers. The package offers refined HP carbon parts such as the engine spoiler, rider footrest system, folding brake and clutch levers and wheels finished in Racing Blue Metallic with a special sponsor ticket kit which enhances the looks of the hypersport motorcycle. The parts used in the bike are the same as the ones used in WSBK and MotoGP bikes such as FGR 200 USD forks, TTX 36 GP spring strut, Brembo GP4 PR monobloc brake callipers, Titanium pistons, single-piece aluminium callipers with nickel-plating and much more.

BMW Motorrad HP4 Race is also equipped with tops shelf package of electronics with a variety of options for setting up the motorcycle, such as traction control, engine brake control and wheelie control which can be programmed for each gear. The bike also comes with Pit Lane Limiter and 2D logger which helps you store and transfer all the data from your run on the racetrack. The pricing hasn’t been announced yet but can been assumed that the price will be extravagant.

2017 Ducati Price List Leaked For MultiStrada 950, Ducati 797 and Others – Killer Prices Once Again!!